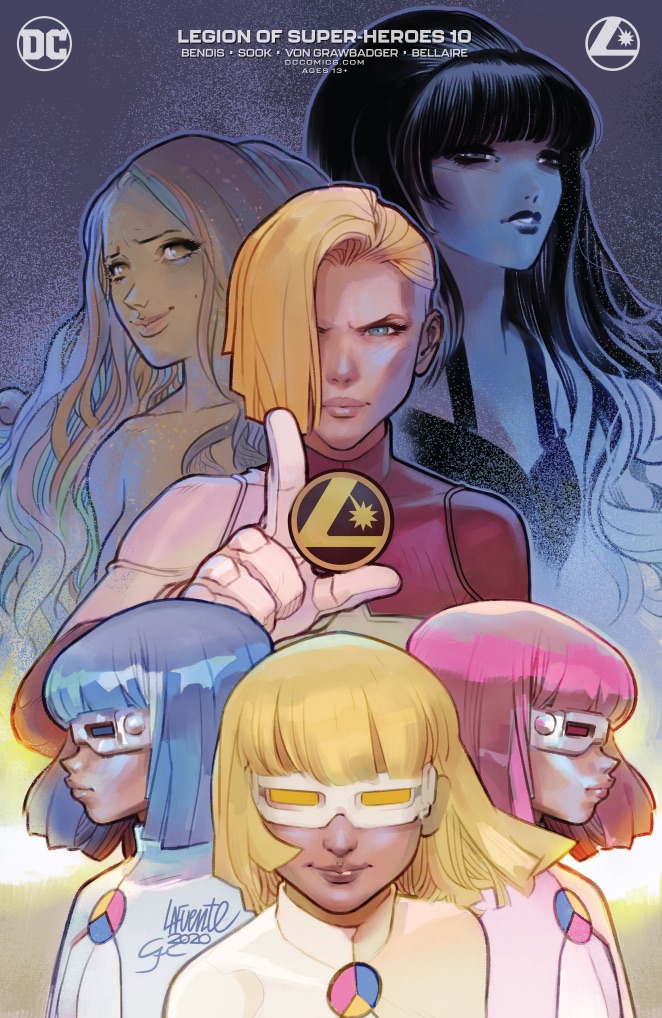 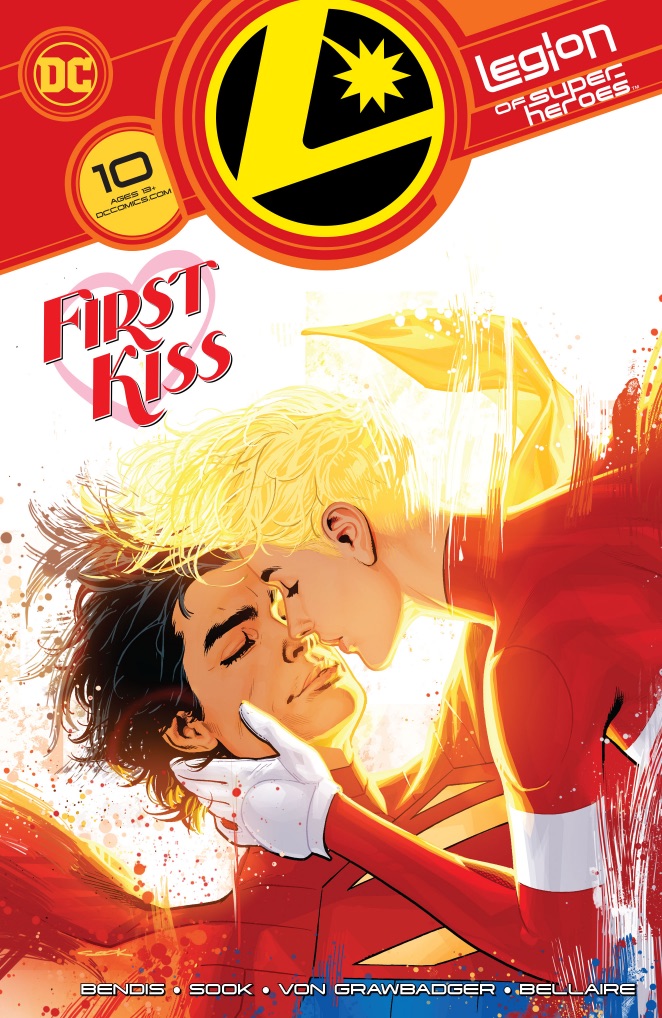 "The Legion of Super-Heroes"

Reviewed by: James Lantz
Click to enlarge
As previously seen, Saturn Girl and Jon Kent have begun a romance. The Legion of Super-Heroes has been exonerated. A search for Mordru the Mad, who had recently escaped prison, has commenced, and Crav the General Nah has been brought to Oa for justice. At the same time, something troubles Gold Lantern and the Legionnaires who had accompanied him. Is a great darkness coming? It is. However, the Guardians of the Universe do not know if the Legion of Super-Heroes will stop it or be the cause of it. Whatever the case may be, one thing is certain. The Legion itself will never be the same after its arrival.

As Brainiac Five and Ayla Ranzz discuss diplomacy and the situation with Crav, Crav's son, the Legion's new leader Jo Nah - codenamed Ultra Boy, is trying to move Rimbor forward to a better future. In the process, he has become the new head of Rimbor's government. Meanwhile, Jon Kent and Saturn Girl are among the Legionnaires who have gone to Planet Gotham to investigate Mordru's escape while others try to convince Mon-El to return to the Legion. Doctor Fate has discovered Mordru is on Xanthu, where the villain reveals to one ax wielding enemy of all Krypton, Rogol Zaar, that Jon Kent is in the 31st century. He'll surely have to go through the entire Legion of Super-Heroes if he's to take on the son of Superman.

Story - 5: Generally, with a few exceptions, I like Bendis as writer, and I love how he combines what's been done with his own style. He's the Russell T. Davies of comics. Davies did to Doctor Who what Bendis has done to the Legion of Super-Heroes, Superman, Daredevil and the Avengers. Is he pandering to his audience? What writer isn't doing that? My point is this is a fun issue that is classic Bendis paying tribute to Legions past while paving the road to their future. Anyone who hasn't checked out this comic should do so now.

Art - 5: Ryan Sook's back, ladies and gentlemen, and he's done fantastically on the art in this series and in this issue. He and Bendis are the perfect creative team. I want them on other comics.

Cover Art - 4: My issues with the series logo's size has returned. I feel like it distracts from the cover image. Sure the image itself will make you want to buy the comic, but it plays second fiddle to that damn logo.

Variant Cover Art - 5: This image is simple, but effective. The art is incredible.