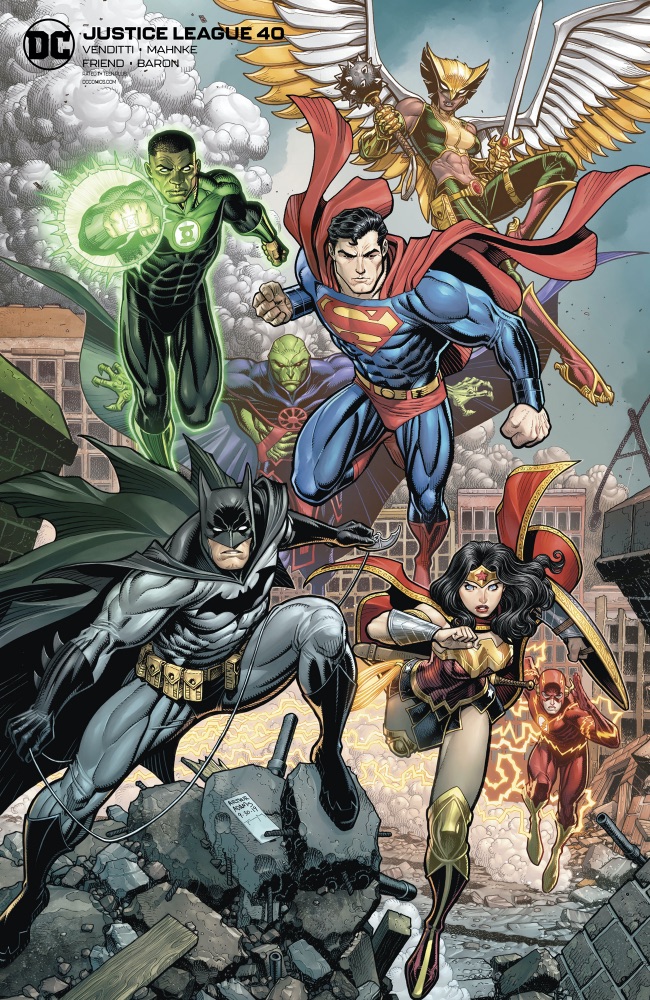 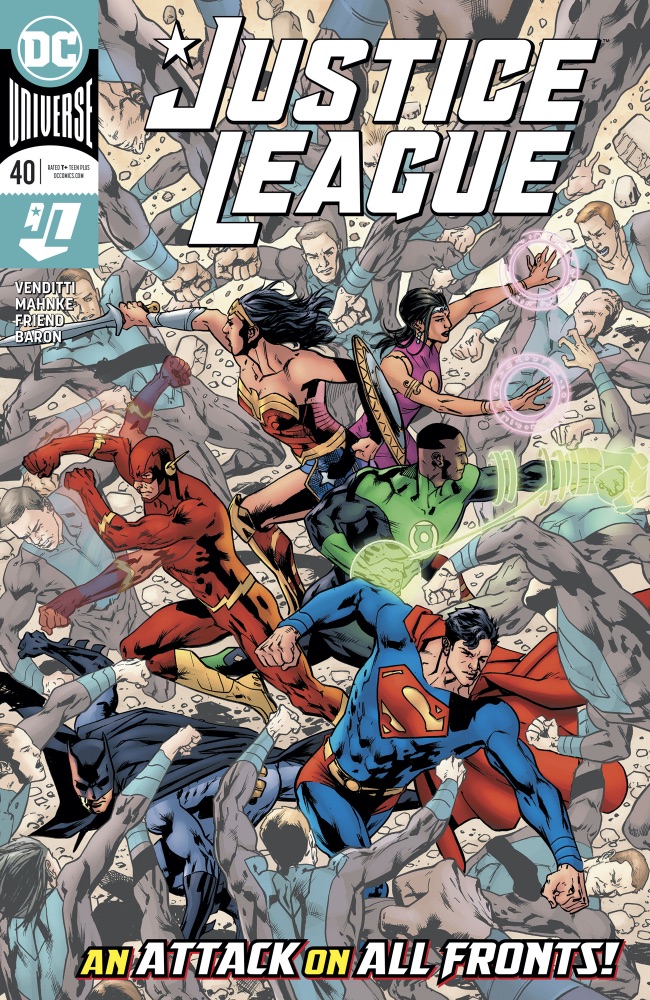 Scheduled to arrive in stores: February 5, 2020

"Invasion of the Supermen" - Part One: "Impact"

Reviewed by: James Lantz
Click to enlarge
[Reviewer's Note: In case readers are confused by this title's change in creative team, serial and direction, the previous issue's cliffhanger ending will be resolved in an event comic by Scott Snyder and Greg Capullo to be published soon.]

Former Green Lantern Sodam Yat has crash landed on Earth to warn the Justice League... Daxamites led by the Eradicator are coming to invade Earth. He's recruited the race because descended from ancient Kryptonian colonists. His goal is to preserve the heritage of Superman's home planet. The Daxamite soldiers intend to take over Earth to make it their new world. With Batman in London trying to recruit Madame Xanadu, Green Lantern/John Stewart, Wonder Woman, the Flash and Superman stand alone against the Eradicator's forces.

Story - 5: I admit I had hoped Scott Snyder's cliffhanger would be resolved in this issue. I hope we don't have to wait too long for the comic that will tie up the loose ends.

Okay, I exaggerated when I said I'd stop reading this title after Scott Snyder leaves. Robert Venditti does have some big shoes to fill, but his run is off to a fantastic start. With Daxamites and the Eradicator, in his opening story arc, Venditti isn't starting small in his first issue. In fact this one is larger than life.

Cover Art - 1: What the heck did Bryan Hitch do with this cover? An artist of his caliber shouldn't be drawing something like this.

Variant Cover Art - 5: Now, this is what I call a cover. It's Arthur Adams at his best.