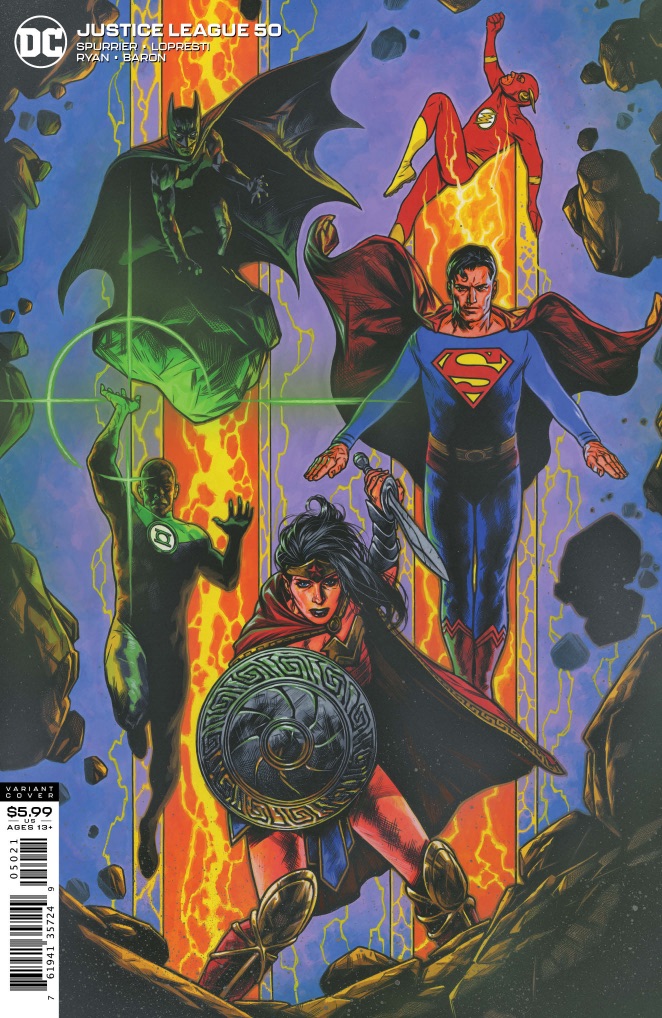 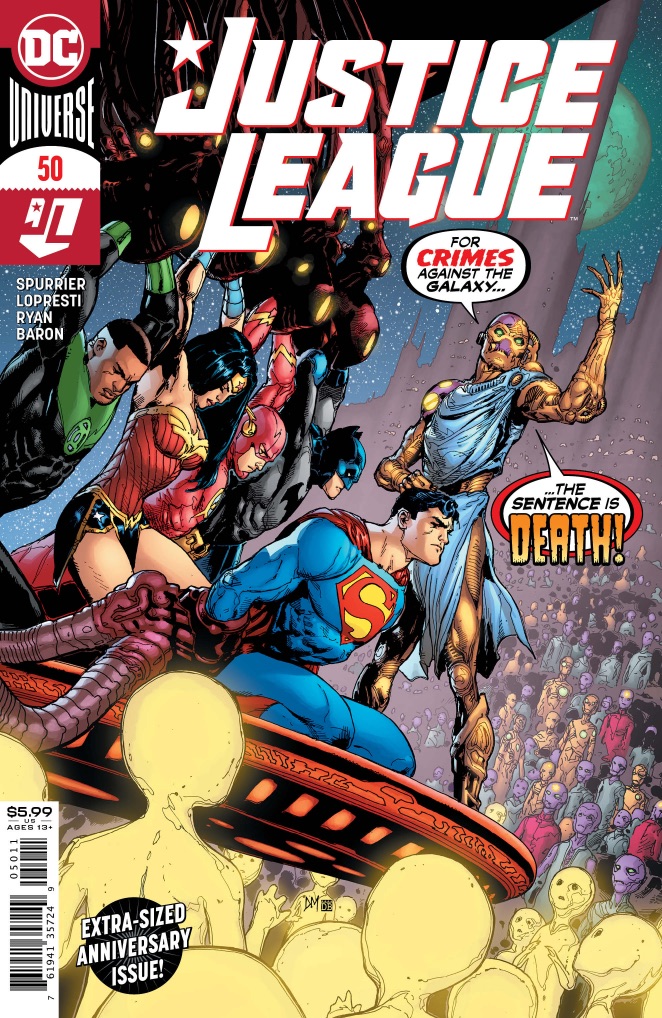 Reviewed by: James Lantz
Click to enlarge
War with the Vermidiim is inevitable. The Justice League is doing everything it can, including training the Trotha. The Verdimiin do not, however, want peace thanks to yet another mistake made by the League. They used the word "future," which is blasphemy for Verdimiin as they only live in the present. Now, the Justice League has their hands full trying to stop a war that could exterminate both alien races.

The Trotha Empress Siddinix has returned to her throne after some words the Justice League used are taken out of context. The Empress is the one who started the war between the Trotha and Vermidiim. Batman has been under her control. Yet, Wonder Woman saves him and the day by revealing Siddinix's true intentions to continue to repress the Trotha. Both populations of Trotha thereby hand over Siddinix to the Vermidiim, ending the war and allowing the people to form their own government. This allows the Justice League to move on to their next adventure.

Story - 1: It looks like my prediction for this issue came true. I'm wondering if Simon Spurrier even did his research before writing this. Like the League in this entire story arc, the story's intentions are good, but the execution leaves something to be desired. Wonder Woman's moments throughout "The Rule" are the only thing I'd say something positive about. The rest of this is a clumsy attempt at using similar themes to "Superman IV: The Quest for Peace". I expected something more epice for the 50th issue. Instead, we get something that's nothing more than a pale imitation of much better Justice League comics. Snyder and Venditti should have stayed on this title.

Art - 5: Lopresti's art is truly the saving grace of this issue and this entire serial. It's a pity the story couldn't match the visual quality.

Cover Art - 5: This cover was a pleasant surprise. Mahnke has really come a long way since his "Man of Steel" days.

Variant Cover Art - 5: This cover feels like an image from the late 1990s. That sense of nostalgia combined with its great artwork make for an incredible variant.