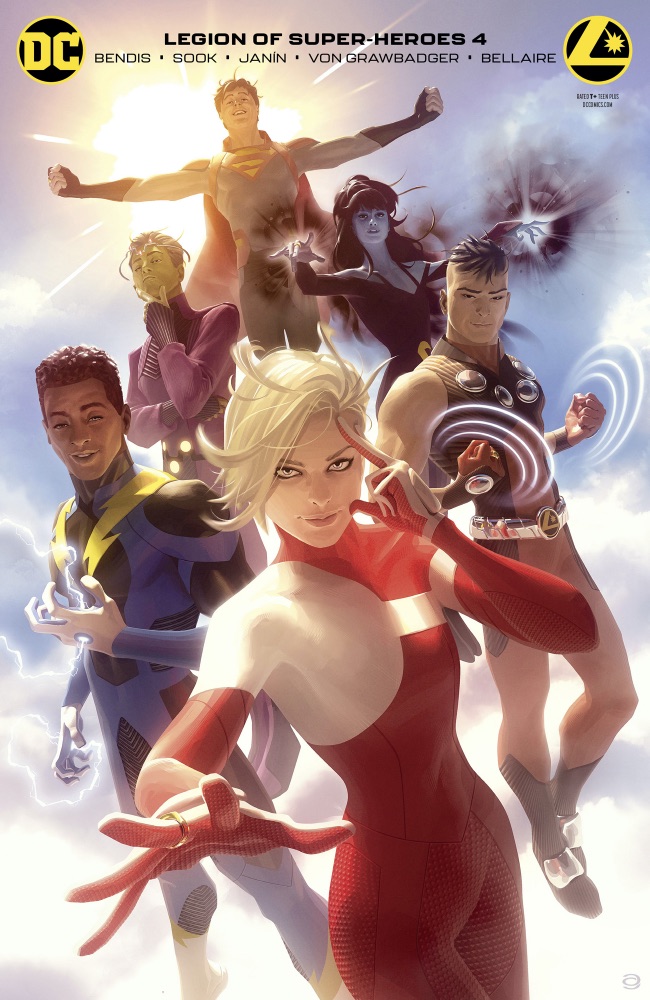 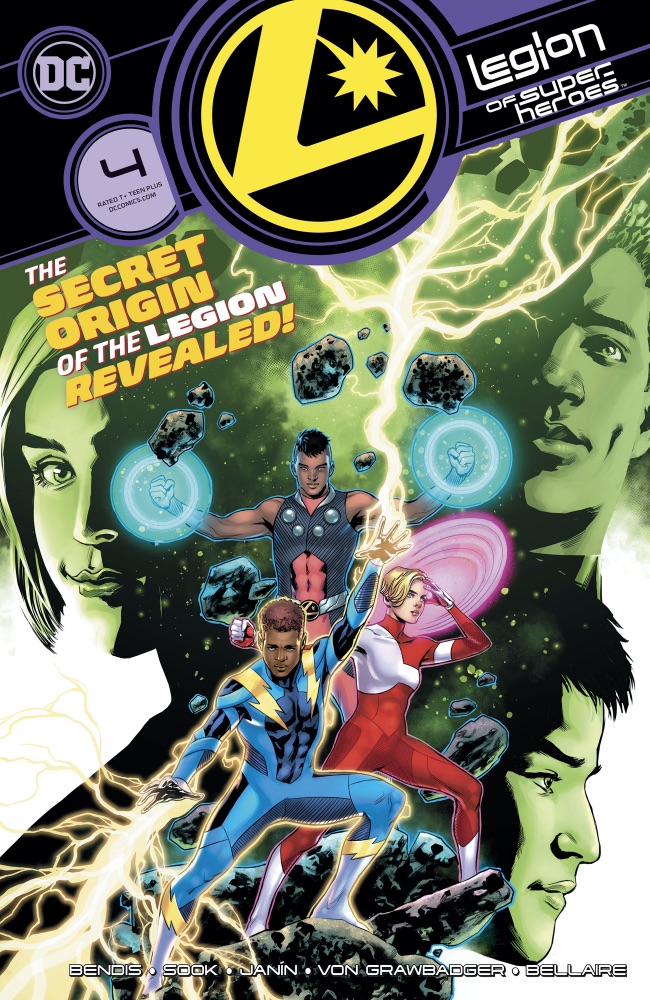 Reviewed by: James Lantz
Click to enlarge
Jon Kent has finally begun his Legion of Super-Heroes orientation, beginning with the origins of its founding members and its creation by Madam President of the United Planets R.J. Brande. However, Jon may not get to finish said orientation due to a Legion emergency. Aquaman's trident has been stolen, and it's up to the entire Legion, including Superboy, to investigate the theft. Unfortunately, fate is not on the Legion's side. The same Madam President of the United Planets has ordered the Legion to not leave their headquarters. Otherwise, armed science police will take matters into their own hands.

Story - 5: While this is more of a character driven chapter, like much of Bendis' run on Daredevil, it's still an entertaining read. We still haven't gotten any answers to the questions brought up in the mess that was Millennium, but we really don't need them at this point in the series. However, I hope Bendis won't take too long to resolve those plot threads. It might ruin this great book if he does.

Art - 5: The art is solid, well done, and it tells the story strikingly. One couldn't ask for anything better in a comic.

Cover Art - 4: That darn logo is too big and ruins the main cover's rating. Make it so it doesn't take up a third of the image, DC.

Variant Cover Art - 4: This is a little nitpick on my part, but there's too much light in some areas of this image. It obscures some features too much.