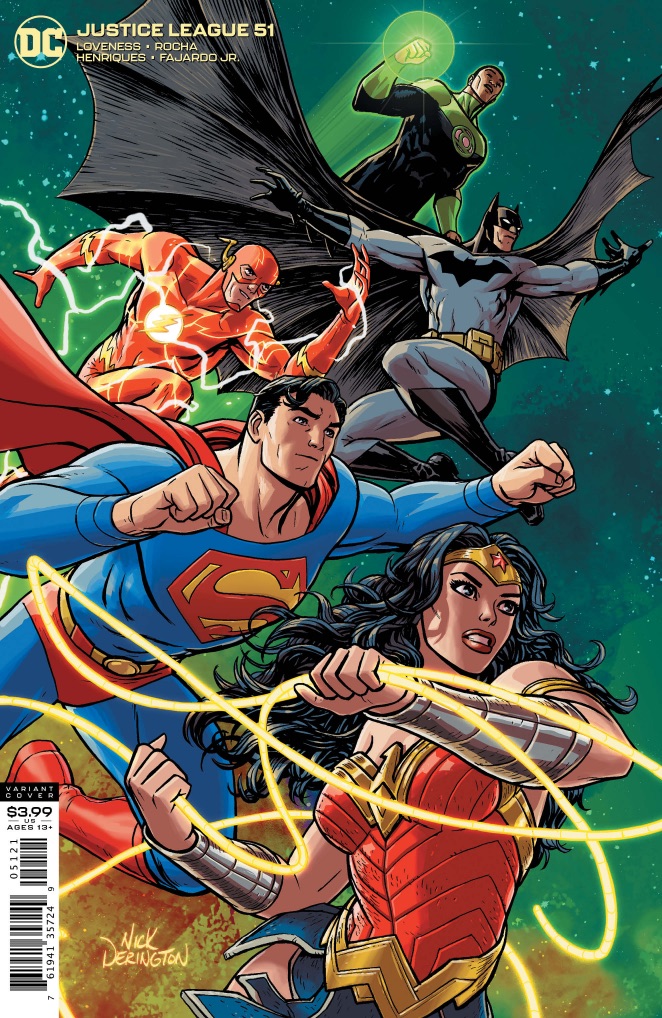 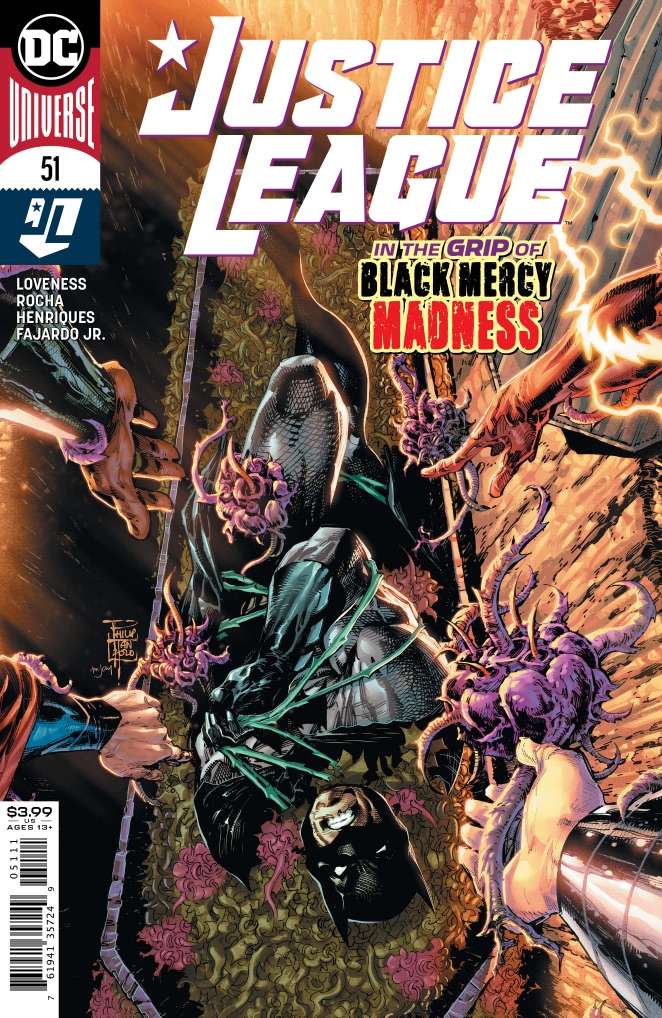 "The Garden of Mercy" - Part One

Reviewed by: James Lantz
Click to enlarge
On the journey home from their previous adventure, the Justice League has crash landed on what seems to be a dead planet. Superman hears slowed heart beats as The Flash finds people in a comatose state within tree-like structures. He eventually becomes a part of the catatonic group. The Justice League is going to need to work fast if they are to rescue these beings and their ally.

Black Mercy is a telepathic parasite that feeds off of a being's energies while allowing them to dream of their idea of a perfect world. Black Mercy could very well be the source of what's going on on the planet where the Justice League finds themselves. Batman could be its next victim before the truth is revealed because standing in front of him is his mother Martha Wayne who was murdered when the Dark Knight was just a boy.

Story - 4: It deserves a five, but after the previous arc, I'm feeling like it's too soon to give this title such a rating. We'll see what happens in the next issues of this one, but let's just say I liked it better than Simon Spurrier's serial, and leave it at that.

Art - 5: The art gives readers a creepy atmosphere similar to "The Immortal Hulk". It blends horror with the visual tropes of superhero comics just as well as that title does. It's just that good.

Variant Cover Art - 5: This looks like it should be an image used in an animated series, but it works, and it's well drawn.