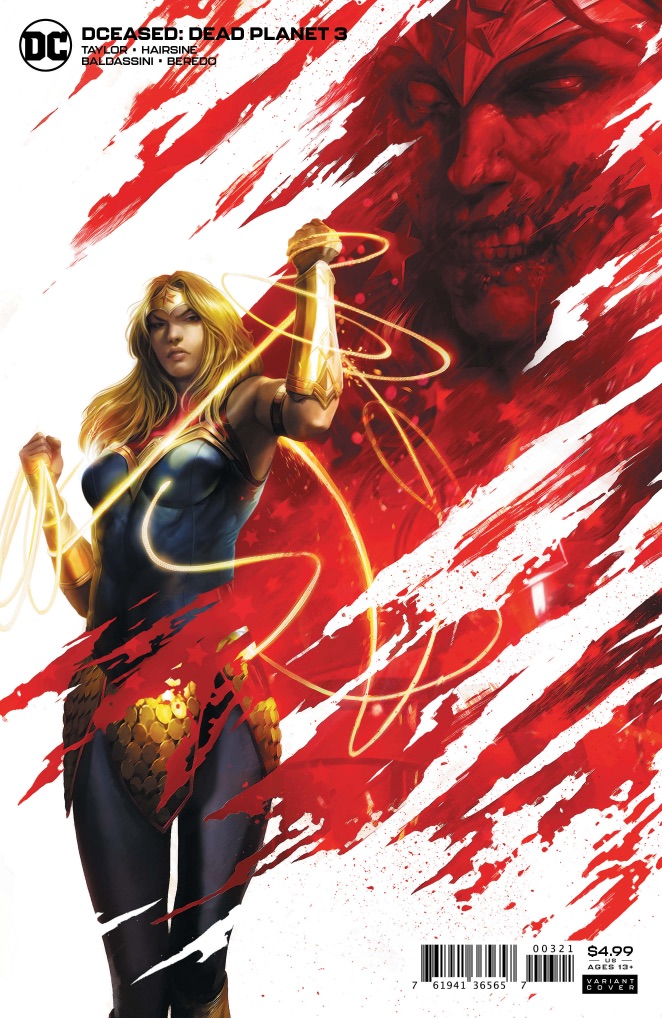 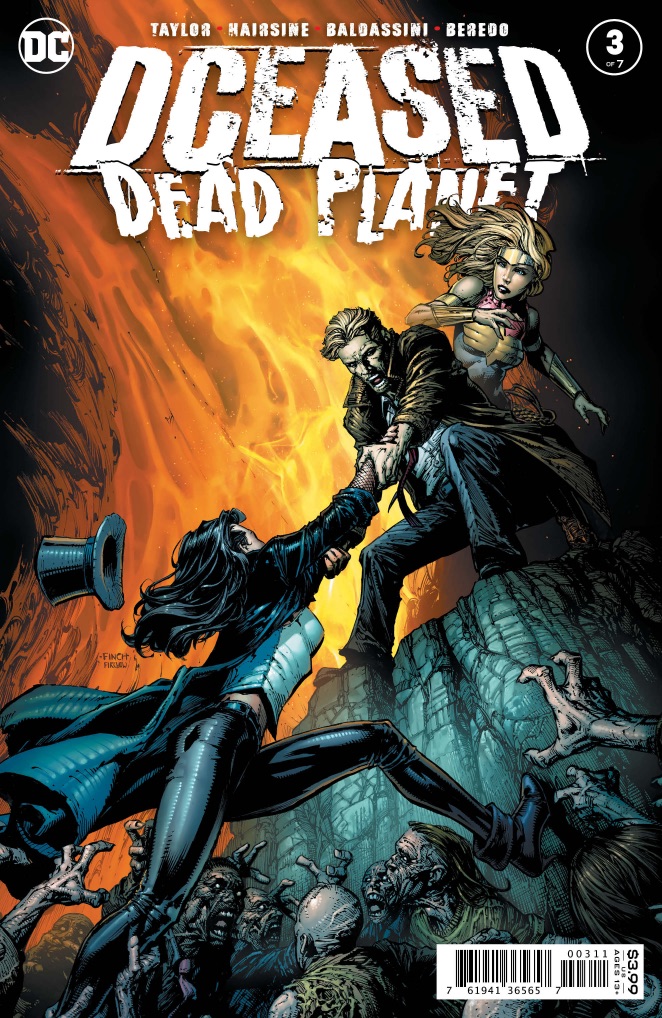 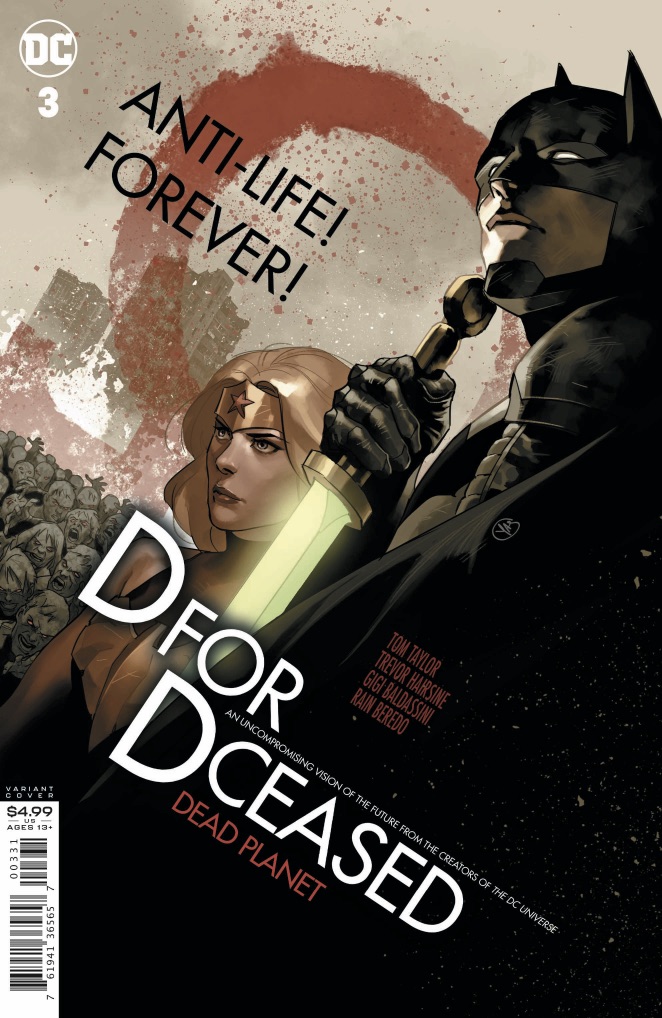 Having been saved by Blue Devil, John Constantine, Zatanna, and Detective Chimp are being protected by Swamp Thing from an Anti Living Plastic Man. Constantine and crew find an armed bunker, where they find Penguin and others who were wealthy enough to buy their way in.

Damien is sewing what looks to be Superman's cape when Gordon approaches saying I never imagined Batman sewing. He extends his hand and Damien hugs him instead, "Your father wasn't a hugger" Dr Fate informs Damien that Superman's healing was successful.

Krypto is excited to see Jon awake after his near death experience. He is greeted by a young female named Mary. Jon says she looks familiar and with one word, SHAZAM! She turns into Mary Marvel.

Back at the bunker, Jason Blood informs Constintine, that Hell isn't happy that souls are trapped in the anti living and Trigon is coming to Earth to wipe it all away. Their conversation was interrupted by a ruckus outside where Swamp Thing is attacking the guards claiming they have The Floronic man held prisoner forcing him for the green to produce for them. Maxwell Lord attempts to take out Swamp Thing when Swamp Thing wraps his vines around his neck decapitating Maxwell Lord. Coblepot decides that's enough and releases Amazo to attack the heroes. Constintine realizes that's a fight they can't win and teleports his group out of there. Back inside the compound Cobblepot's advisor says they will be back. He doesn't seem to concerned as he shows off an army of Amazos.

Superman is asking Cyborg if he has found the cure yet, he replies he hasn't and Superman encourages him to keep looking. Constantine and Detective Chimp go to a cabin in the wood and attempt to recruit Mister Miracle to help steal the throne of God.

Story - 4: This issue was mostly set up for what is to come. However, it was a very busy issue. From the deaths of Ragman, Blue Beetle and Ted Kord to the heartfelt moments of Damien and Jm Gordon, to the revelation of Trigon coming and the Amazo army, and if that wasn't enough a trip to Apokolips, I But I digress, if I have learned anything from reading a lot of Tom Taylors works, I fear for the life of Jim Gordon, As he has a tendency to give you a heartwarming scene only to tear your heart out.

Art - 5: We don't acknowledge the colorist often but i feel that this issues Colorist, Rain Beredo really makes Trevor Hairshine's art pop. Every page is stunning. I found myself just staring at each and every panel on each and every page.

Cover Art - 3: Definitely the weakest part of this issue, I am usually a fan of David Finch's art, However, if I was walking into the comic shop not knowing anything about this series, I would have walked right past this book which would have been a shame as everything else in this book is solid. One of my biggest pet peeves with covers is the scene not appearing in the book, and these three heroes were never in a single panel together throughout the entire book. You shouldn't judge a book by it's cover, and this statement definitely applies to this issue.