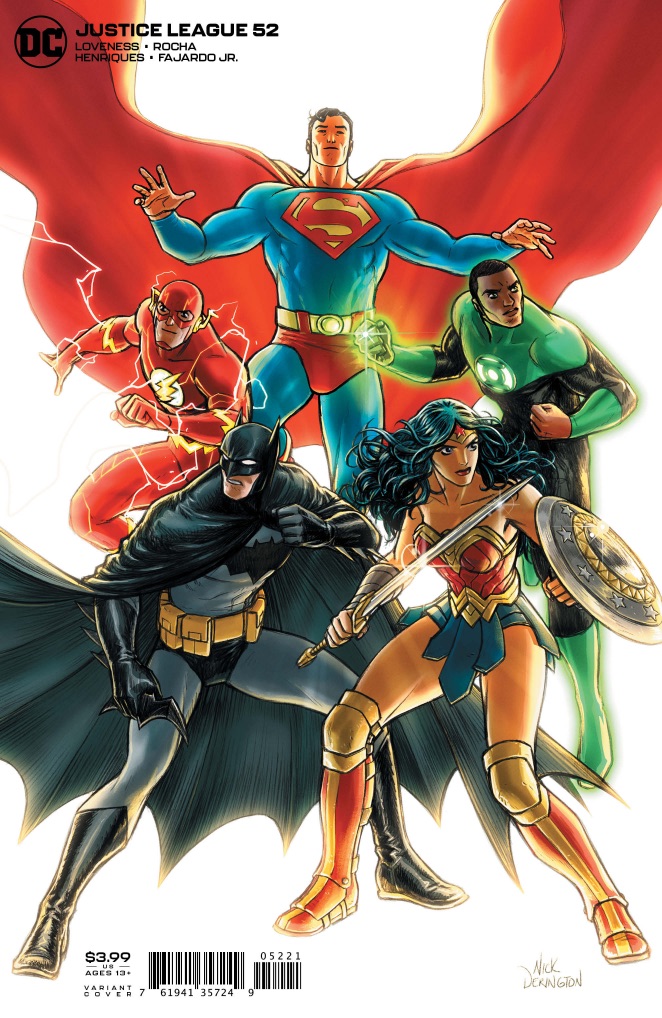 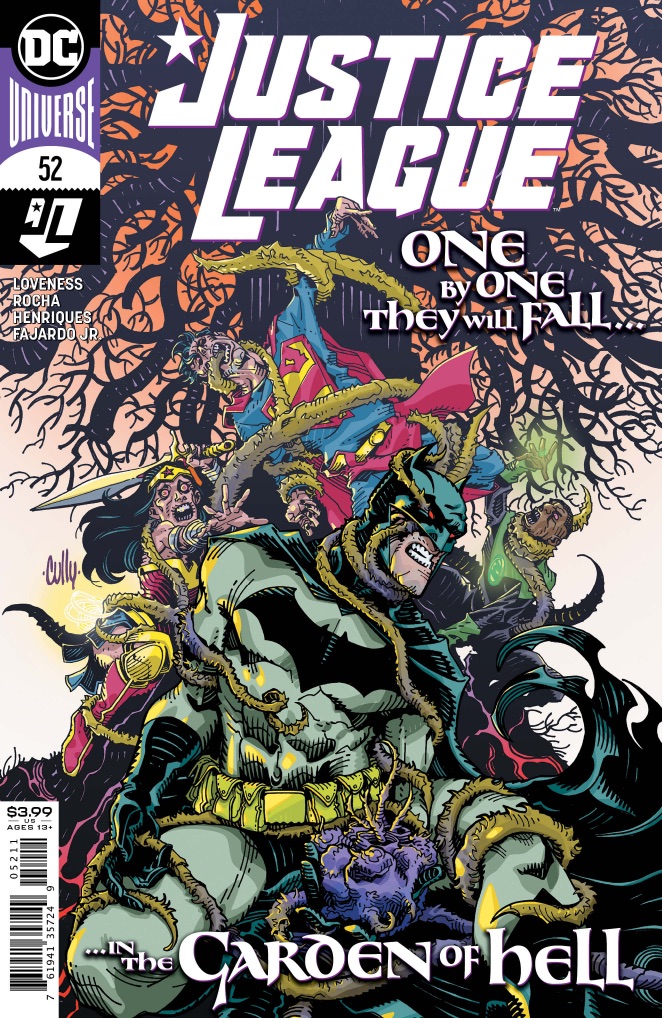 Scheduled to arrive in stores: September 1, 2020

"The Garden of Mercy" - Conclusion

Reviewed by: James Lantz
Click to enlarge
Much of the Justice League is prisoner of Black Mercy, a telepathic parasite that feeds off of a being's energies while allowing them to dream of their idea of a perfect world. Years ago, it showed Superman a life he would have had if Krypton had not exploded. This included a wife and son. Now, Black Mercy is trying to convince Batman that he deserves happiness. If the Dark Knight succumbs to the Black Mercy, the rest of the Justice League may be doomed.

Wonder Woman has freed the rest of the Justice League from the Black Mercy. They, in turn liberate the parasite's other victims and return to Earth. Batman feels some shame in letting the Black Mercy get to him. Superman tells him of what he experienced with the alien plant an how he kept his feelings secret from Lois for a long time. This led to the Man of Steel dreaming of the family he had on Black Mercy's Krypton. Once he discussed this with Lois the dreams stopped. Batman may still be coming to terms with the fact that the Black Mercy may be right about him needing happiness. However, Superman tells him it showed him the very moment they have now. This leaves the Caped Crusader to ponder the possibility of hope for his life.

Story - 4: This arc was short and sweet. The only flaw I could find was this. It would have been nice to see what the Black Mercy made the rest of the League experience. As it is, this issue and the the one before it feel like a Batman comic with a Justice League cameo. That's not a bad thing. It's merely an observation. This is still worth every penny of your comic dollar, pound, euro or whatever currency you use in spite of these nitpicks.

Art - 4: Superman's S shield is off in some panels. The rest of the art was otherwise very good and conveyed the creepy atmosphere that would have made any of the masters of horror comics proud.

Cover Art - 5: Hamner seems to have been inspired by Tom Mandrake. This style would be perfect for a comic featuring the Spectre.

Variant Cover Art - 5: This style works perfectly for a cartoon series. Yet it also works for this variant just as the previous issue's did.