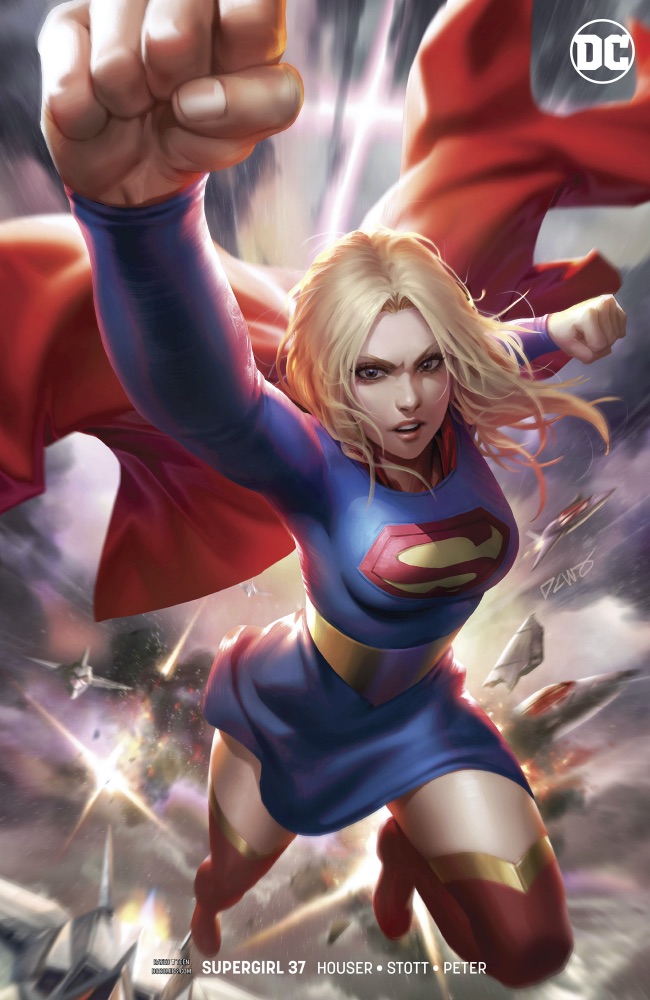 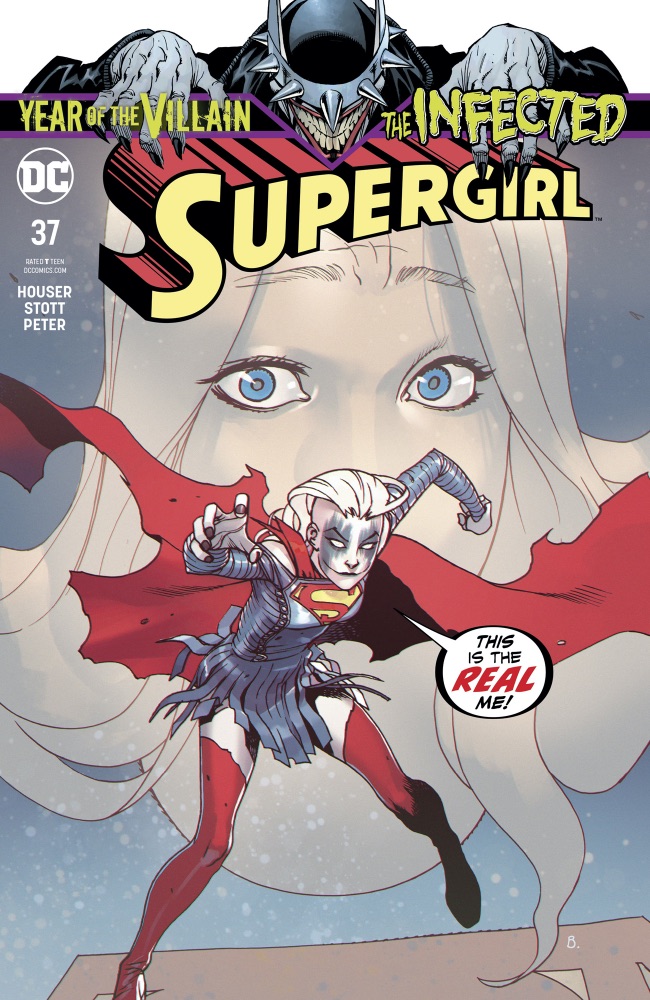 Supergirl is experiencing a feeling of freedom under the influence of the virus. Her uninhibited side helps her enjoy her super heroism but the public don't see the beautiful young woman inside, instead they see a warped, ashen-faced, leather-clad warrior and... they are scared of her.

Superman tries to reach out to his cousin but of course he is not as lackadaisical as Kara and isn't prepared for her aggression. When Superman fails Batman attempts to fight Supergirl's new egotistical side. Clark tries to reason with her and when Bruce is at Kara's mercy the virus begins to falter.

Supergirl races away as the virus begins fighting against Kara's alien physiology. Kara instinctively flies to National City and dons some baggy clothing, hoping to get a little respite from the virus' influence.

When she bumps into a face from her past the virus begins to fade. This momentary lapse is short lived as a high pitched laugh draws Supergirl away at super speed directly into the arms of The Batman Who Laughs.

He has a plan and Supergirl is part of it whether she likes it or not.

Story - 3: A series of ideas that don't really connect. Kara is under the influence of a virus that essentially makes her care free and power uninhibited. Superman is a reflection of what she was and deep down still is. Batman is someone she identifies with. Ben Rubel has discovered a girl he dated once two years ago and who went missing is actually alive. Supergirl was never meant to be infected, Superman was. The Batman Who Laughs has a plan for Supergirl and her wild ways are not part of that. All of these ideas are present this issue, the problem is either they are rushed through or they are out of place and don't fit the narrative. They aren't bad ideas, they just aren't fully realized and as a result the issue feels disjointed and unfinished.

Art - 3: The art to a large extent portrays Supergirl less as a horrific figure and more like a clown. She didn't look like she was scary to the public, she came across as a little annoying. Superman seemed like a muscle bound buffoon, I really didn't like this portrayal. Then the scene in the mall with Kara in civilian wear... who dresses that way? The art just wasn't as strong as it could or should be. I feel if the inking were a bit heavier and there was detail in the backgrounds of panels it would add a little weight to the art.

Cover Art - 2: The Bengal cover art in the past has been nothing short of brilliant. I'm not entirely sure where this went wrong. I can see the themes of Kara's conflicted personality. The cover, like the interior art, just doesn't seem to be fully realized. Like the pages of coloring book rather than a ready for print comic book.

Variant Cover Art - 5: What a superb cover. Supergirl at her full potential. Every once in a while an artist comes along that truly has a resonance with a character - Derrick Chew is most definitely one of those artists. I love this series of variant covers.