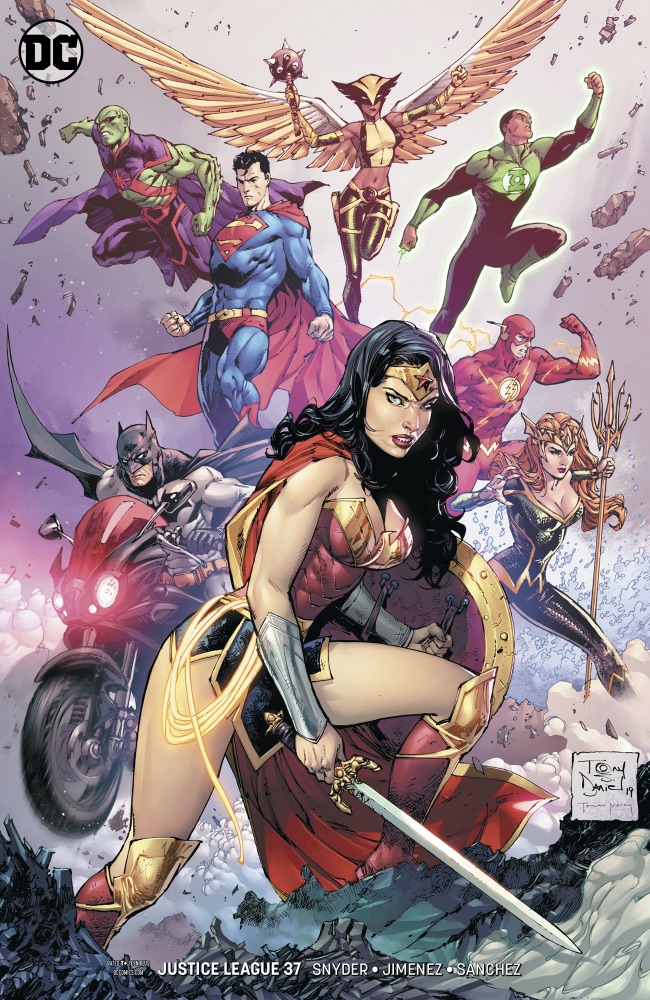 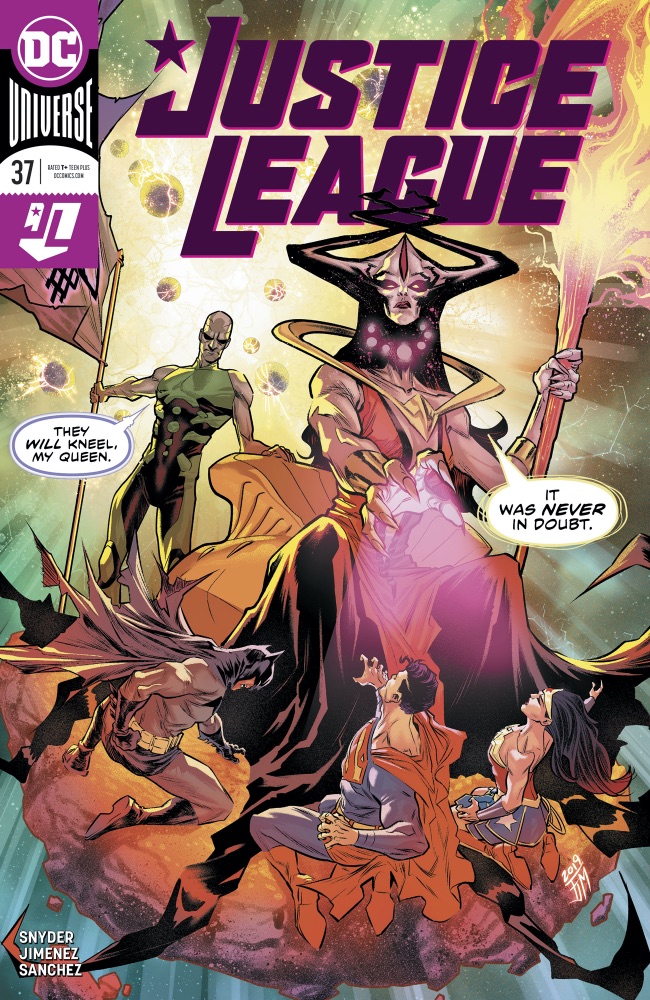 Scheduled to arrive in stores: December 4, 2019

Reviewed by: James Lantz
Click to enlarge
The Legion of Doom and the Justice League's armies literally collide as John Stewart, The World Maker and The Monitor arrive in the Promethean Galaxy thanks to the Flash's space car. They are there to save Hawkgirl and Shayne from the traitorous Anti-Monitor. If they succeed, they may give the Justice League a chance to defeat Perpetua. If they fail, the multiverse is literally in the hands of doom.

With the Justice League on the verge of being defeated, The World Maker has a slim chance to help their cause. Perpetua has hurled a planet at her sons in the Promethean Galaxy. This will help him use his hammer to create a small portal for Hawkgirl, Shayne, John Stewart and his brothers to escape, even if it means the World Maker must die. The connection between the Starmen and Hawkgirl's wings has just been re-established. This is an unexpected turn of events for Perpetua and Lex Luthor as the symbol of doom begins to disappear. Superman, Wonder Woman and the rest of the forces of justice now have a fighting chance against Lex's army of doom.

Story - 5: One thing about Scott Snyder's run on this title so far, including this issue, is that it has been a brilliant overall blend of story, character moments, action and feelings of a big company-wide event without being bogged down by the latter element. I admit I need to still catch up a bit on Snyder's works that led into this series – Dark Nights: Metal and Justice League: No Justice. I'm still in the midst of his Batman run. However, Snyder has made it so catching up isn't required, or readers can do so at their own pace. It's reader friendly and fun. Scott, if you're reading this, (and Steve will tell me if you are), I want to thank you for writing a great comic for DC Comics' premiere superhero team. It's been a pleasure to read and later re-read. This issue has especially been an edge-of-your-seat thrill ride form beginning to end.

Art - 5: Jorge is back, friends and neighbors, and his art is still awesome. I hope he sticks around for the rest of Scott Snyder's run.

Cover Art - 5: The shape of things to come for this title? Time will tell, but the cover is amazing.

Variant Cover Art - 4: Recent cover images have shown a Superman that is slightly too thin, and this one is no exception. The art itself is drawn well, but that flaw lowers its overall score.