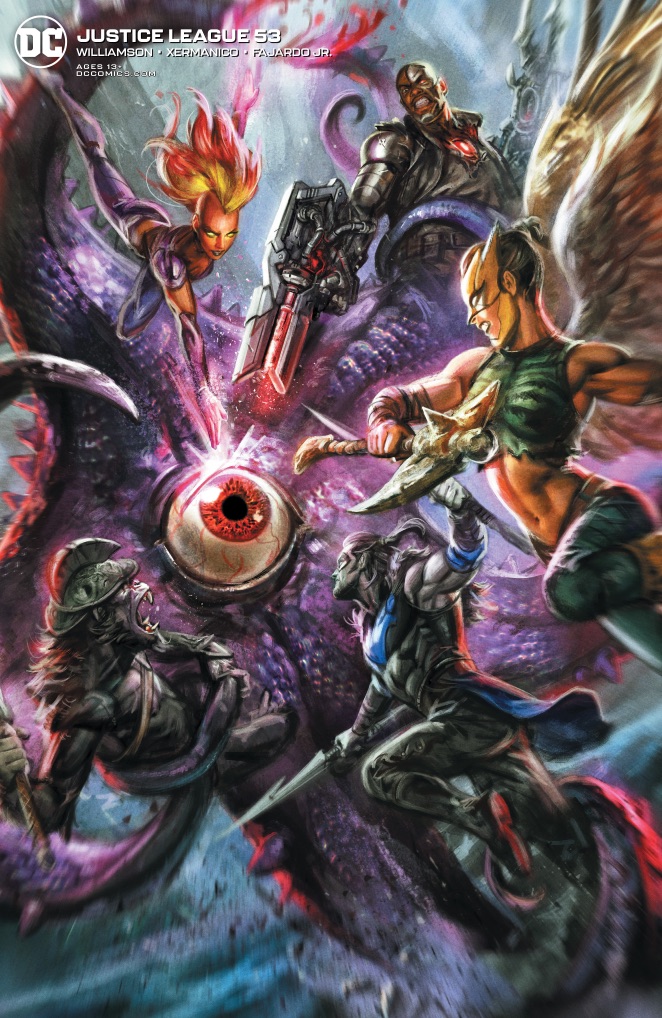 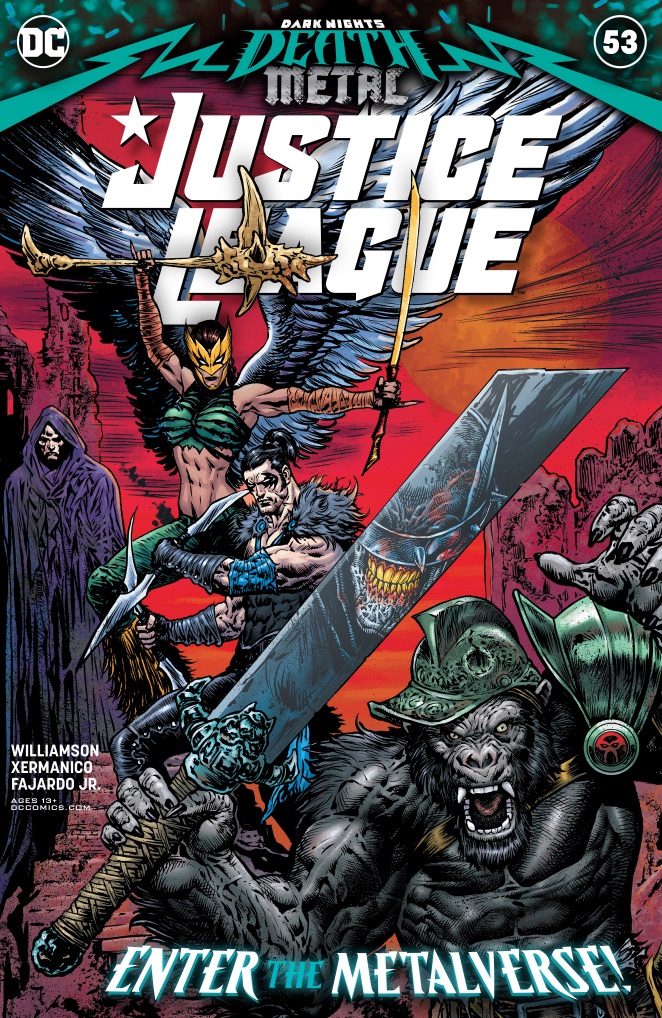 Reviewed by: James Lantz
Click to enlarge
The world has chosen doom over justice. Perpetua reigns supreme, and said world has been remade in The Batman Who Laughs' image. Nightwing and Hawkgirl have rescued Detective Chimp. He leads them to the ruins of the Hall of Justice, where Lex Luthor awaits. Will he aid the heroes, or will he betray them and aid Perpetua?

The Legion of Doom is trapped with Perpetua's throne, which changes location often to avoid being attacked. Nightwing and his allies must move fast if they are to free the Legion of Doom. Not only that, but Martian Manhunter has gone on his own to battle Perpetua's version of Frankenstein's monster, the Omega Knight. The gigantic creature made of the remains of Perpetua's jailers also has a guardian called the Mindhunter, and he could very well end J'onn's quest before it even begins if Lex Luthor, Nightwing, Hawkgirl and Detective Chimp don't find the throne and release the Legion of Doom in time.

Story - 5: I was prepared to give this a lower score. Let me explain before you get the pitchforks and torches. I haven't had a chance to read "Dark Nights: Death Metal" as of this writing. I expected something that wasn't very reader friendly. Granted, I'm still in the dark on some aspects of the story, but those should clear up once I finally get my paws on "Dark Nights: Death Metal".

Let's look at this opening chapter as part of its story arc now. We're off to an interesting start in this saga, and it feels worthy of what Scott Snyder did in previous issues in this series. While it is part of an overall event, it can stand on its own without being too dependent on said event. It's entertainment on a grand scale that could work well both within and outside of the confines of "Dark Nights: Death Metal". I thoroughly enjoyed this comic.

Art - 5: Xermanico's art complements the story amazingly. Had any other artist worked on this chapter, I don't think it would have worked at all.

Cover Art - 5: Much like Xermanico, Sharpe's style fits perfectly for the visuals in this arc. I hope he does more covers for this serial.

Variant Cover Art - 5: Admittedly, I'm not familiar with Ian MacDonald's style, but I do like how he did this variant.