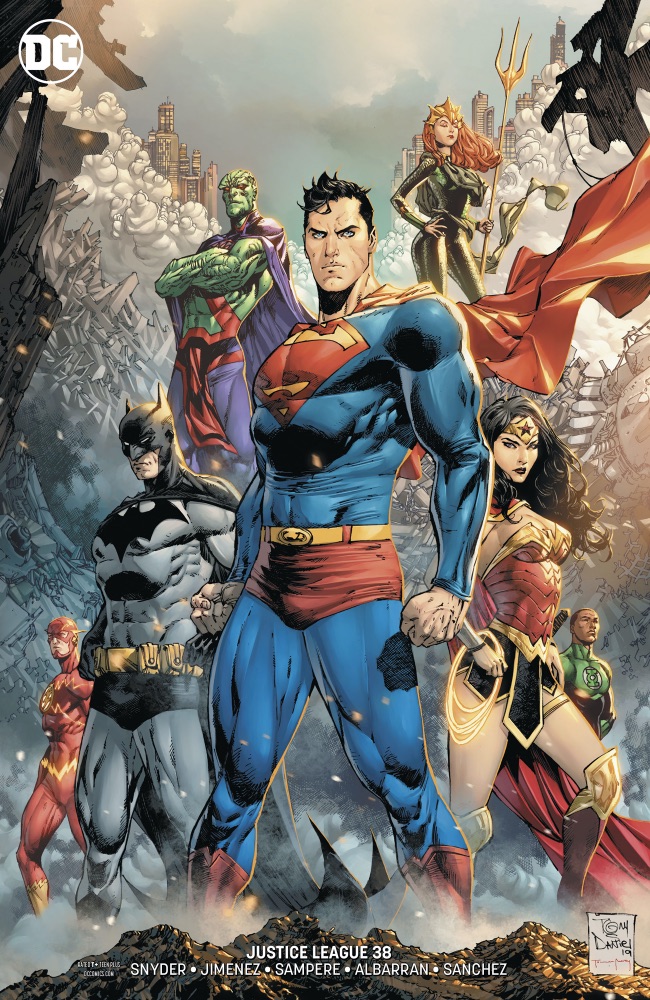 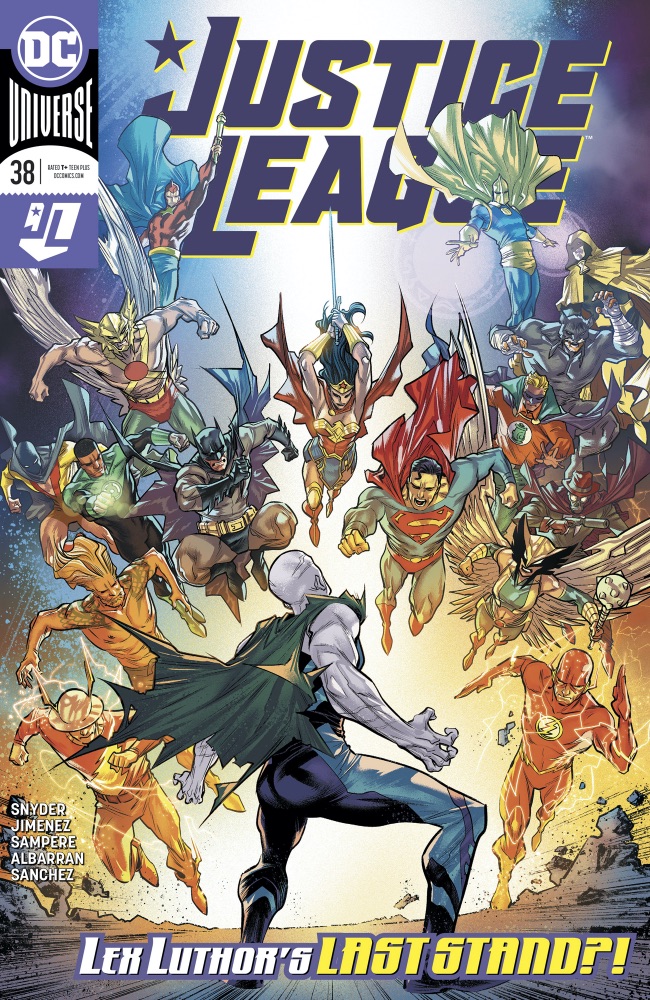 Reviewed by: James Lantz
Click to enlarge
As the Justice League's forces attack, Apex Lex is siphoning the Dark Force powers from various members of the Legion of Doom, torturing them in the process. Meanwhile, any hero with psychic ability is working to show the population of the Multiverse that even when odds are against them and the numerous worlds they protect, the Justice League believes in them and will always fight to protect them from the forces of doom. This changes the Doom symbol to the one of Justice. This angers Perpetua greatly, and the whole Multiverse, including Lex Luthor, may pay dearly with their lives.

Shayne, the son of Hawkgirl and Martian Manhunter from the Sixth Dimension, has entered Lex Luthor's mind looking at his childhood memories. Lex believes the child wants to use his past self to appeal to his current self. The truth is Shayne wishes to speak with the Martian boy who would become his father. Shayne convinces J'onn to trade places. As one boy sacrifices himself, another, now an adult, confronts his murderer. Martian Manhunter has gone from the grave to the battlefield.

Story - 5: Wow! I did not see that last page coming. J'onn's back, and I, for one, am extremely curious to see what he'll do in the conclusion of this story arc. Perhaps #40 will be his acclimation into the League after the war ends. That would be great to see.

This chapter does not disappoint. From great character moments to non-stop action, it has it all. Scott Snyder takes cues from those who came before him while adding elements to make the League his own. He's made this issue yet another part of an epic worthy of such TV shows as Star Trek and Lost.

Art - 5: The art transition is smooth and doesn't distract from the flow of Snyder's story. The beautifully rendered images complement it well.

Cover Art - 1: This issue's covers really suffered considering the quality of the story and interior art. I wanted to like this one, but it just looked too strange.

Variant Cover Art - 1: I normally love Tony Daniel's art, but this cover looks rushed, sloppy and off in places.