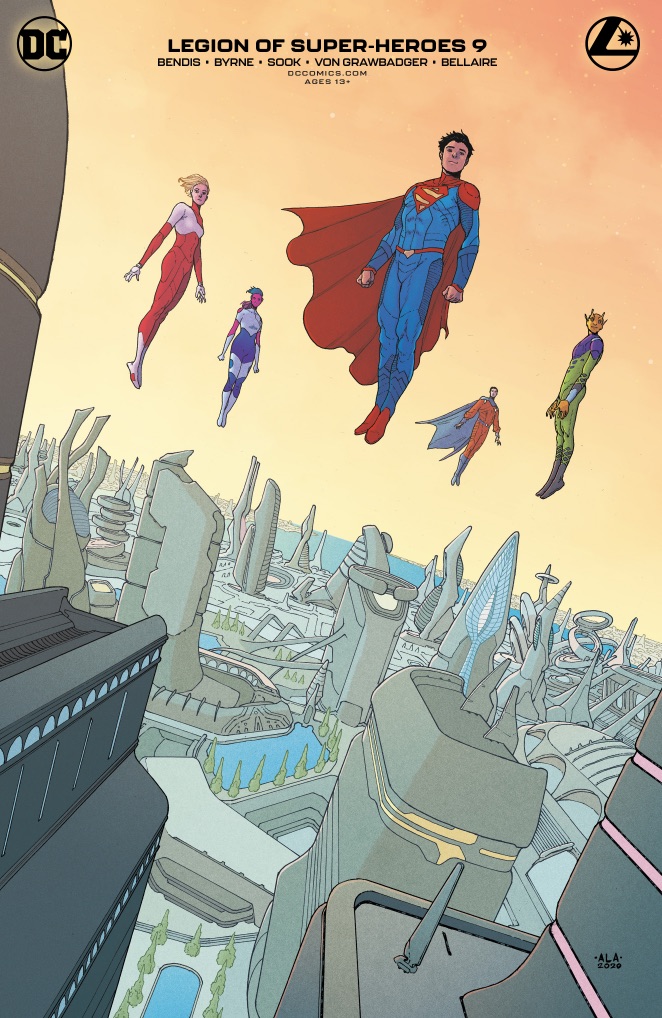 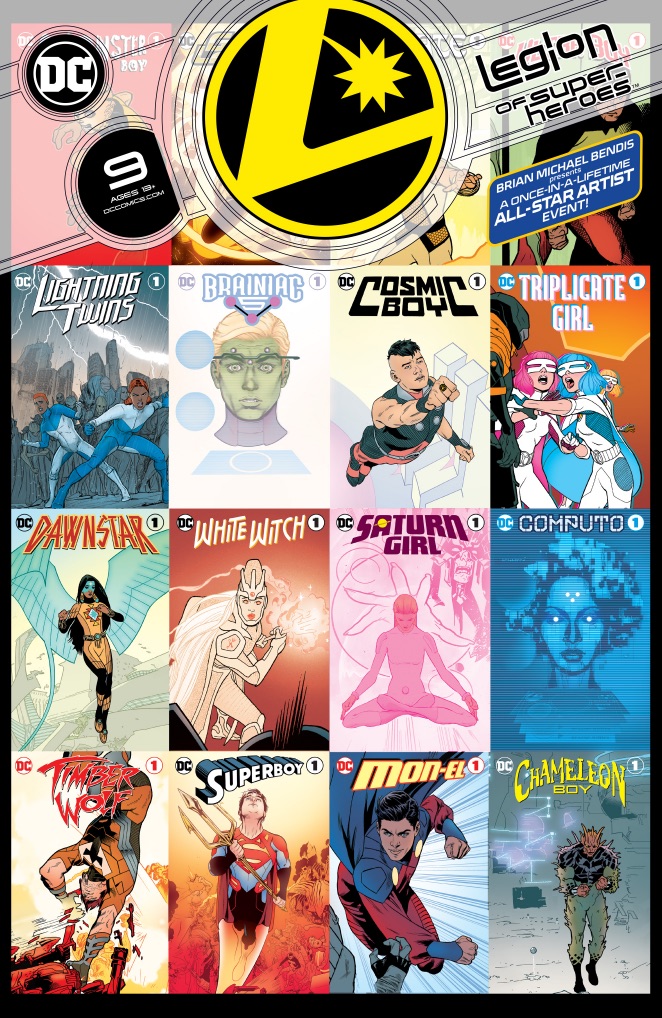 "The Trial of the Legion of Super-Heroes" - Part Two

Reviewed by: James Lantz
Click to enlarge
The Legion of Super-Heroes stands accused of violating laws of the space-time continuum by a member of the Elite Council of the United Planets. Arguments for the defense and the prosecution go on as Mon-El leaves after punching Crav, The General Nah. One thing has become clear as statements from various Legionaries, including the 31st Century's Doctor Fate, are taken. They eventuality reveal a great darkness is coming, and what happens next could affect what the Legion of Super-Heroes must do to stop it from consuming the universe.

White Witch reveals that Crav has been trying to grab all the power he could because Rimbor knew of its arrival. The trial, which was a test for the Legion, ends with Gold Lantern taking the general for his final judgment. Meanwhile, Saturn Girl knows of Jon Kent's feelings for her and acts on them by kissing him. The future looks bright and dark all at once for the Legion.

Story - 5: I get the feeling the trial is not really over for the Legion. In fact, considering the coming darkness, which could be Bendis' version of Paul Levitz's classic "The Great Darkness Saga", the trial has truly just begun.

I feel like this title is extremely overlooked. Granted, the confusing Millennium mini-series didn't help it, though many plot threads of that are dangling. It should have more readers. As a whole, it's entertaining, and Bendis has given us yet another exciting issue that moves at a lightning pace. That kiss between Jon and Saturn Girl at the end alone makes this one worth your comic dollar, pound, euro or whatever currency you use to buy comics.

Art - 1: There is a slew of great artists in this issue. The problem is that with a few exceptions, I'm not a fan of multiple artists on a single issue of a comic series. That bugs me. It disrupts the flow of the story for me. By the time I get used to one style, another throws me off.

Cover Art - 5: This is the first cover where the logo doesn't disrupt the image. In fact, it fits perfectly with it, thereby enhancing it.

Variant Cover Art - 5: The variants of late from DC tend to be iconic, and this one is no exception. Well drawn and brilliantly rendered, this cover is amazing.