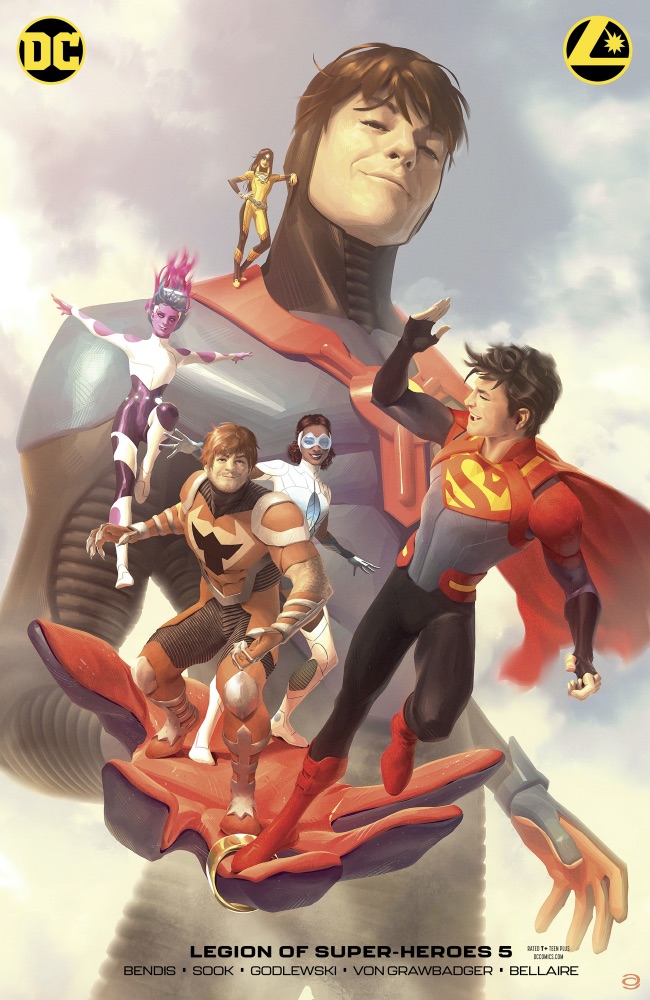 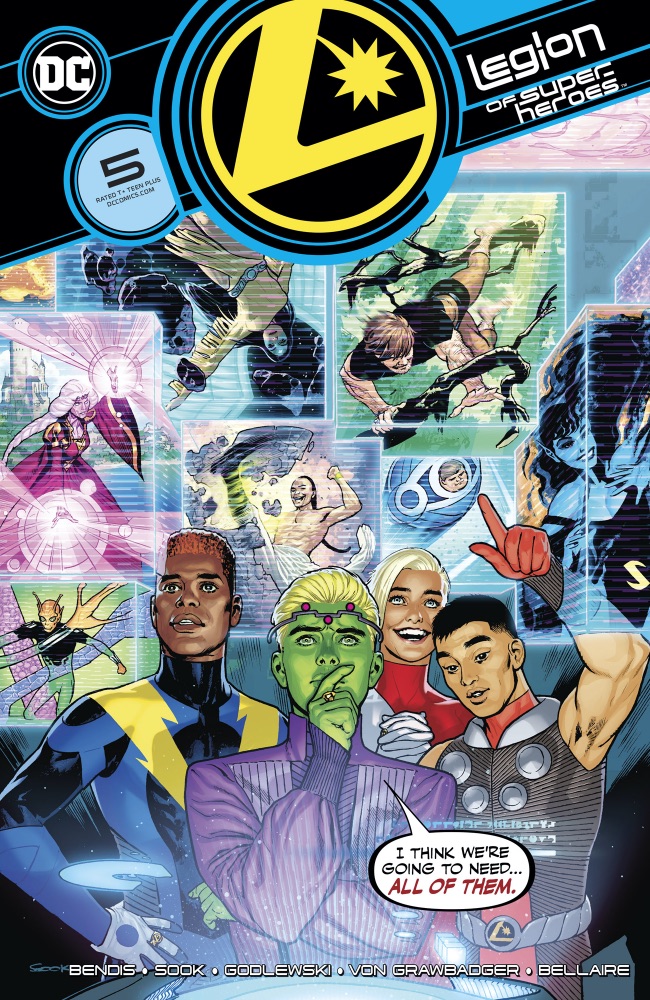 Reviewed by: James Lantz
Click to enlarge
Jon Kent continues his Legion of Super-Heroes orientation as the group's headquarters is under lockdown by order of Madam President of the United Planets R.J. Brande. He learns that the Legion's founding members had pure intentions to form the Legion, while Brande may have had ulterior motives. Brainiac 5 felt Superboy must come to the future to learn from the Legion in order to form its values in their past. This is a great surprise to Jon. However, before more could be said or done the discovery of the location of Aquaman's trident forces a warning of three words to appear - Evacuate Earth Immediately.

Story - 5: Not much happens beyond the background and history revealing Jon Kent's importance to the Legion. However, there really doesn't need to be that much so early on in this new series. Plus, if it can clear up the confusion created by the Millennium mess along the way, that's okay with me.

I've stated that I'm a Bendis fan in spite of his irritating use of parenthetical expressions in dialogue. He's rebooted the Legion of Super-Heroes for the 21st Century as he's done with Superman, the Avengers, and so many other superheroes from both DC and Marvel, and he's done so without ignoring continuity. He's made his work reader friendly while paying respects to what's been done. This and so many great character moments make much of his comic writing, including for this series, a fun read.

Art - 5: The art team is channeling Mike Allred this month. That's merely an observation as it fits well with the story's overall atmosphere.

Cover Art - 3: It isn't as big as previous issues, or at least, it doesn't seem to be. Yet the logo distracts too much from the image. Sook put too much in this cover, making it look chaotic in spite of being well drawn.

Variant Cover Art - 4: I liked this one better than the main cover, but there's always room for improvement.