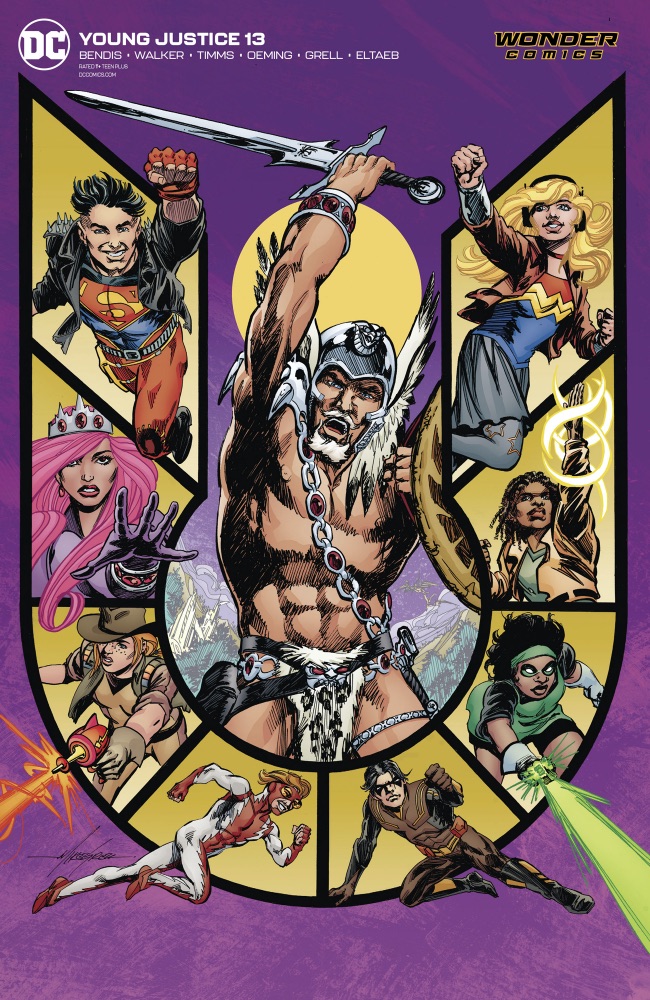 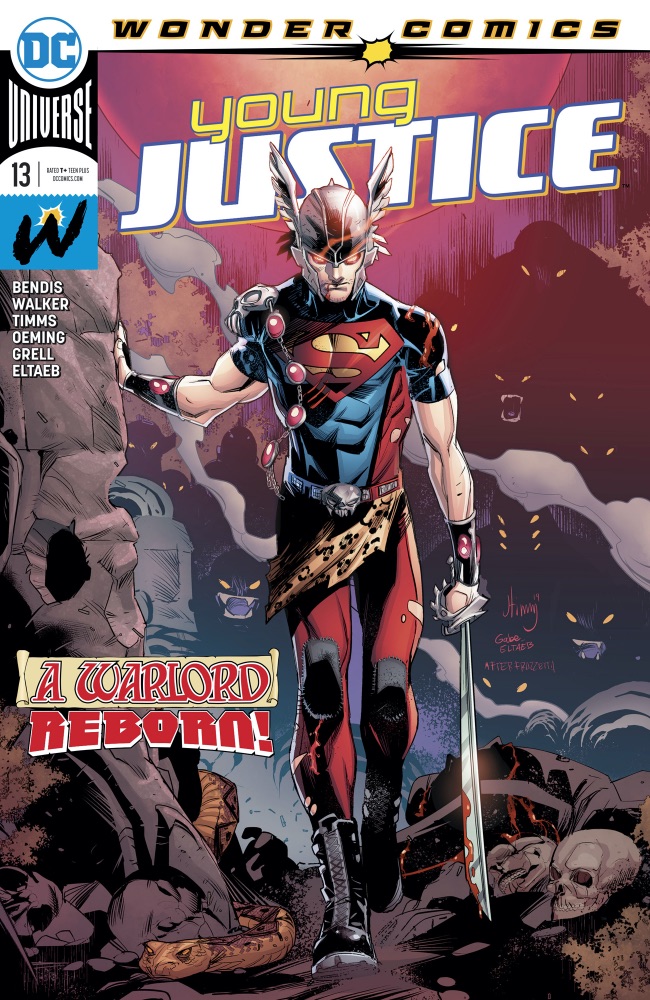 Scheduled to arrive in stores: February 5, 2020

Reviewed by: Keith Samra
Click to enlarge
Superboy is crying to Warlord because he is strapped in the land of Skartaris and feels that he is once again lost somewhere far from home.

Warlord tells Superboy his origin tale, in order to make him feel better and explain that he is far from lost. They battle the lizard together.

The rest of the YJ team decide to put an end to Star Labs. Impulse runs ahead to scout. He is caught off guard as he runs into Aqualad and his crew, who claim to be the real Young Justice.

Story - 2: "Oh Good Lord"... That was the feeling I had as I read the first page. After seeing Superboy literally cry, as he felt "lost" while talking to Warlord. I realize what Bendis was going for with this scene, but never have I felt that Superboy was pathetic... Until this page, I realize that this may come off as unnecessarily harsh and biased toward Bendis, but my initial thought was, "Damn he's a p#$$*". This is not the Conner Kent/Superboy I once knew, and was expecting to read. Yes, he's upset that once again he is lost on some strange planet/land/realm, but Conner comes from much stronger stock than that.

Aside from the pep talk that Warlord gave Superboy, while they fought the lizard men, this issue did not forward the story much at all. In fact the retelling of Warlord's origin and backstory in the land of Skartaris took up a third of the issue, something that didn't really need to be done, save that Bendis wanted to weave it in the narrative through his dialogue for Warlord.

The rest of the YJ team (along with the Wonder Twins and Dial H) were nothing more than glorified guest appearances in the aforementioned retelling of Warlord. Though we are left with a cliff-hanger of sorts with Aqualad, Spoiler, Sideways and Speedy, all the YJ team really offered the issue was Bendis over dialogued attempts at teenage humor.

Thirteen issues, that's how deep we are in to this series, and that's all that I was able to give of myself to this book, when this book was announced, I personally requested Steve if I could review it, being a huge fan of the original series, and my love for Superboy, and though I am eternally grateful of Bendis for pulling Conner from obscurity and Crisis limbo, and returning him to current continuity, sadly that was not enough for me to stay on this book and continue to review it for the Homepage. This will be my last review for this title, as I leave this book, and hand it over to another reviewer, one who wants to bring a fresh view on a teen team-up book.

Art - 2: What a mess the art is in this issue. Even though we have the awesome renderings of comic's legend Mike Grell, as he tackled the pages featuring Warlords origin retelling, the simplistic yet very powerful art of Michael Avon Oeming, on the pages of Superboy and Warlord in the present day of Skartaris, and finally our series regular in John Timm's as he shows us the rest of the Teen heroes stand around.

With three very strong artists, how can I rate the art so low? Simple, the art made the issue very disjointed. All three artists have very different and distinct styles, and all three manage to clash one with another, which kept taking me out of the story. It's like watching an episode of a show, and the actors kept changing. I know Bendis loves working with different artists a lot, but it's a severe detriment to the story. Bendis can't take all the blame though, half of that should fall on the editor's shoulders for allowing it to happen.

No offense to the artists that worked on their respective pages, but it's ultimately a failed experiment in linear story telling.

Cover Art - 5: I really like this cover, even though Superboy doesn't adopt this look in the issue, it's a very awesome pic of what might be.

Variant Cover Art - 3: The only saving grace is the Mike Grell drawing of Warlord. The rest of it is pretty hideous. The artist is not good at drawing YJ. The purple backdrop is also a weird choice.