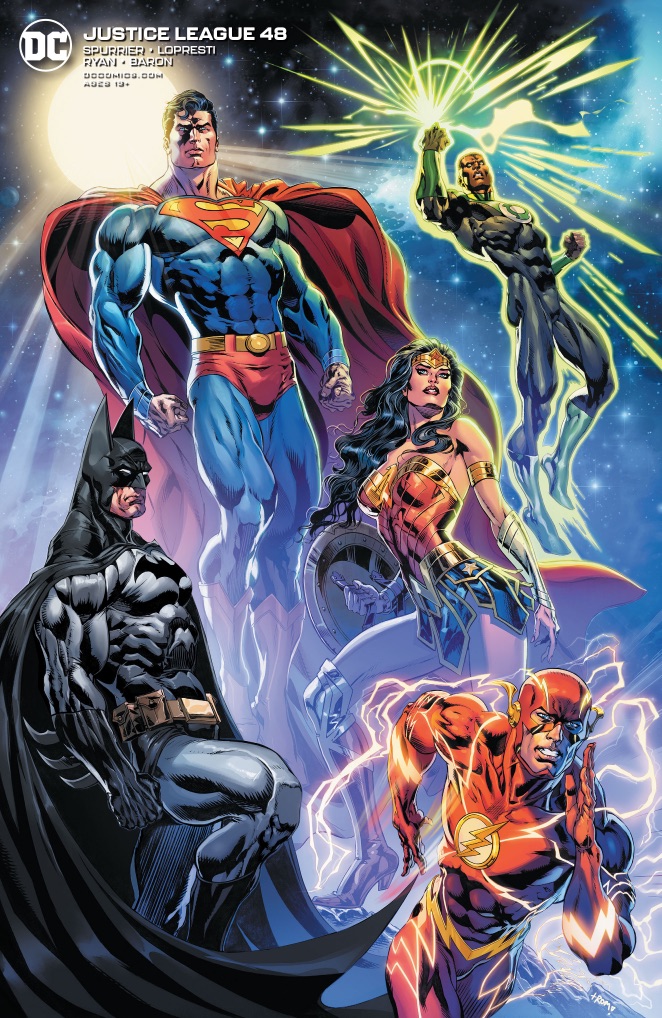 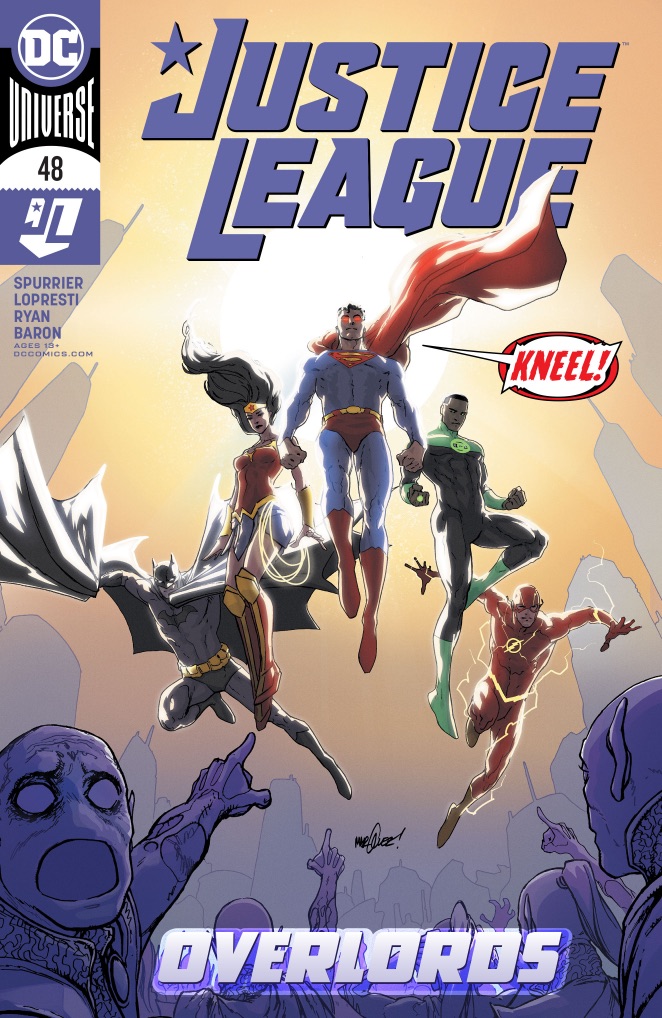 Reviewed by: James Lantz
Click to enlarge
The extraterrestrial race called the Trotha is divided into two factions - the Way of the Cell and the Way of the Spark. What has prevented a civil war on their planet is the fact that both sides are being oppressed by their empress. However, when the Justice League return children of those she believed were terrorists, they are perceived to be gods. The Trotha wants the League to rule in the place of the empress after she is ousted. Yet, if they do so, it could change the World's Greatest Heroes forever.

As the Justice League mulls over the Trotha's offer, they want to attempt to help them learn to govern themselves. There has been opposition to the League's presence. The Verdimiin Worlds want the Trotha planet, which is located in a rogue comet, for their own purpose, and they'll stop at nothing, even suicide bombing, to get it.

Story - 3: I'm not certain about the future of this title and the current direction the editorial team wants to go with it. It's not really a good sign if a book changes creative teams if it's not along the lines of Legends of the Dark Knight or Tales From The Crypt. Perhaps this will be the last arc of the current series. Who knows?

I've honestly never been so torn and undecided about a comic's rating as I have been with this one. On the one hand, it has a good story, and I love Simon Spurrier's work. I also enjoyed Wonder Woman being the voice of reason for the the Justice League. However, she shouldn't have to be. The rest of the League, particularly Superman, should have the horse sense, as my grandfather called it, to do what's right no matter what. They shouldn't even be considering governing a planet. Simon Spurrier handles social issues well in his writing, as he's shown in "X-Men: Legacy". Yet, Wonder Woman aside, he hasn't quite nailed her male colleagues' characters as of this issue.

Art - 4: I love Aaron Lopresti's art. He clearly was influenced by his time on "Planet Hulk" for this one. Yet, some panels look rushed causing what could be perfect images to look poorly.

Cover Art - 1: I'm not sure what DC was thinking when this cover was approved. So many other images could have worked much better.

Variant Cover Art - 5: I've been a fan of Castellini's work since his days on Marvel's Conan books. His variant shows how underrated he is.