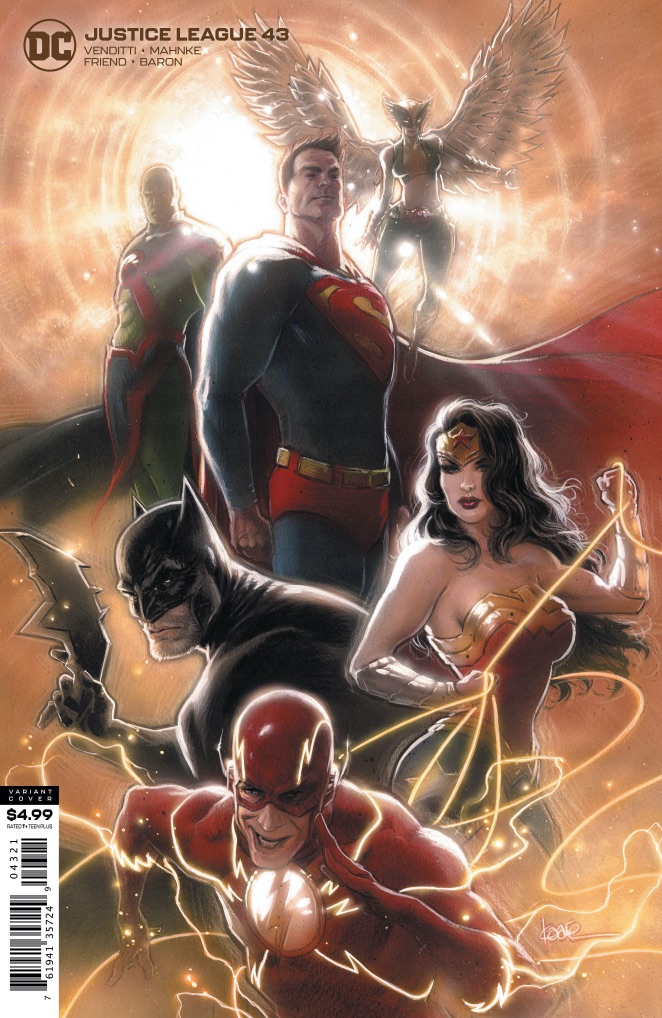 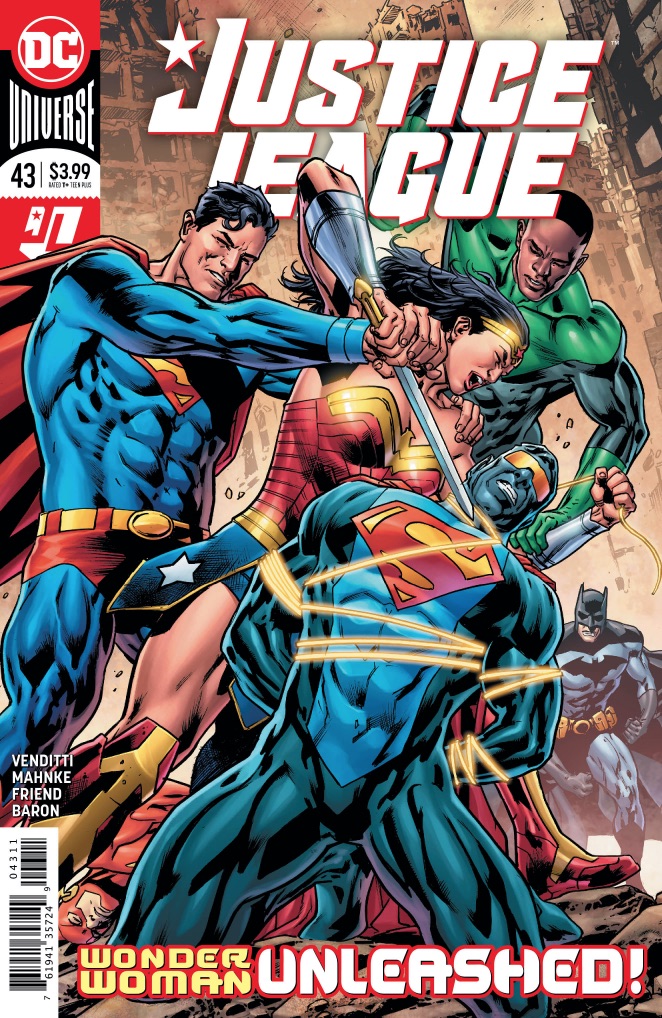 "Invasion of the Supermen" - Conclusion: "In the Balance"

Reviewed by: James Lantz
Click to enlarge
Without the solar energy of a yellow sun, the Eradicator's Daxamite army and Superman no longer have superpowers. The Flash is down, and Madame Xanadu's spell is closing the portal that led the Justice League and their foes to a barren planet devoid of any sunlight. The Eradicator has exterminated his soldiers. A bleeding Superman offers the Eradicator himself to save humanity and the universe.

Superman has bought time for the Justice League to distract the Eradicator. Wonder Woman has decapitated the Eradicator, leaving the League victorious. The Green Lantern Corps has arrested the surviving Daxamites, and Sodam Yat has returned to his home world. Madame Xanadu has returned to London stating she will only work with the Justice League at a time of her choosing. She has also warned Batman that a great obstacle will be a time of reckoning for Earth's greatest heroes.

Story - 5: This ended sooner than I expected, perhaps slightly too soon. Madame Xanadu's warning could prove that this serial was the beginning of a bigger overall story arc. That's why I'll let the rushed ending slide. Plus, this is still an incredibly written chapter in spite of that. DC has been producing some really great comics as of late, including this title. Robert Venditti had some big shoes to fill when Scott Snyder left the book. However, he's proven himself to be a worthy successor with "Invasion of the Supermen". I look forward to what comes next from him.

Art - 5: Doug Mahnke sincerely deserves more work in the comics industry. His style works well in Superman's universe, particularly when it comes to the Eradicator. I miss seeing his pages on a monthly basis. Thank you for coming back to the Man of Steel and DC Comics, Doug.

Cover Art - 5: The image does spoil events in the comic slightly, but Hitch has provided this issue with one of his best covers to date.

Variant Cover Art - 2: As much as I love Kaare Andrews' cover art. The entire Justice League looks like Andrews was channeling Pablo Picasso.