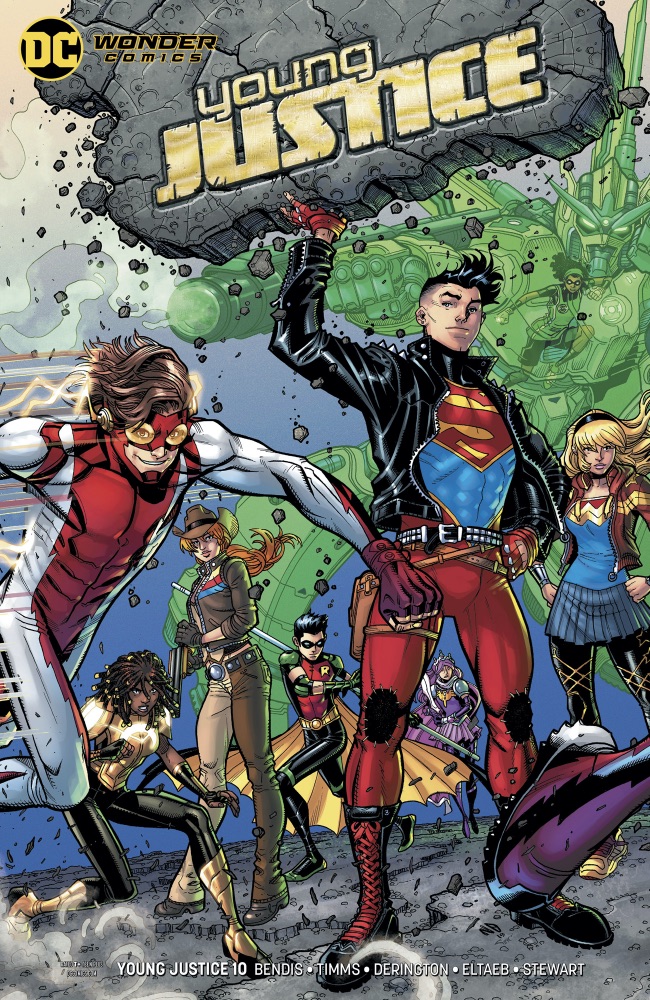 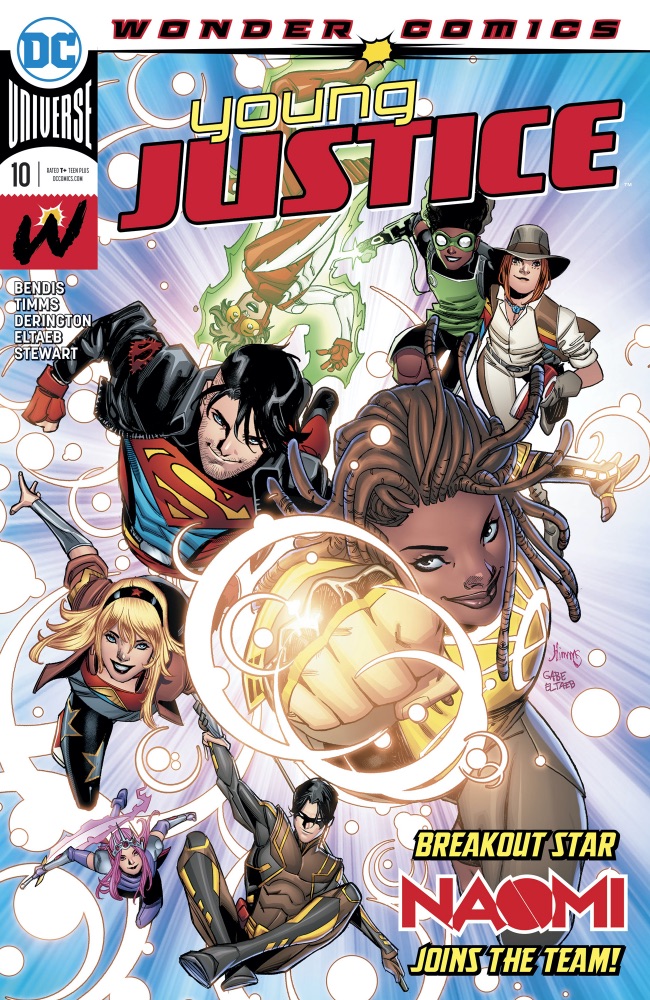 Scheduled to arrive in stores: November 6, 2019

Reviewed by: Keith Samra
Click to enlarge
The team are still stuck on Earth 3, but through a series of flashbacks to two months earlier, we learn a little more about Jinny Hex. Months ago, Jinny is the great great granddaughter of Jonah Hex, and inherits a trunk of artefacts and trophies from his adventures.

The YJ team fight back against their evil counterparts, and win. Red Robin becomes Drake, and the team leave to head back to their own Earth, thanks to a map of the multiverse that Ultraman left behind before he left for Earth to take on Superman and the Justice League a few Crisis and Flashpoint's ago.

Story - 3: This issue was yet another repeat of the last issue, with a flashback tale of one of the newer characters, while the team currently fights their evil versions on a parallel Earth. I honestly don't understand why Scott Lobdell gets such a bad rap for his pacing and storytelling style, Bendis is just the same, if not slower.

We get to see parts of Jinny Hex origin, and I say parts, as its basically is a flashback to an afternoon two months prior to the first issue. We do however get a peek inside the mysterious trunk of hers, which is basically a collection of artefacts and the sort, from Jonah Hex adventures, I did spot a belt from Ray Palmer's Atom suit though. The issue really doesn't do much in telling us much at all about the life Jinny lived, save that she and her mother run a rundown gas station and that her girlfriend cheated on her. And of course Jinny is part of the LGBTQ community, because, quite frankly, why not right? No I don't have anything against her character being part of the LGBTQ, it's just that it seems rather gimmicky to be completely honest. This reveal could have been written into the book differently, rather than tacking it on here.

Now onto the introduction of Tim Drake/Red Robin to simply just Drake… What a boring idea. I feel the only reason this exists is to let Damien have the Robin mantle, and make Tim into something completely new. Firstly, Tim's last name is the very same as his code name now, and any Tim Drake fan knows that he always went to painstaking lengths to keep his identity private, and his vigilante life separate from his personal one. This was just a bizarre choice, but I'd expect that from Bendis, as in a month's time, Superman will be going public about his identity also. I'm not one to criticize writer's choices much, but I have to agree with the internet comments, that Bendis can't write secret identities too well, and just likes to do away with them. Cassie has been relegated to the background for the last few issues, and we haven't seen or heard much from her. I hope she gets a time to shine soon enough, I just get the feeling that Bendis is really pushing the newer female characters to the forefront, most likely as they are his creations, and to give them some spotlight. I just don't think that Bendis is really cut out for a team book.

Art - 3: Once again John Timms was given another artist to help with the issue, this time it being Nick Derington, who handled the flashback scenes for Jinny Hex, while Timms focused on the action of the current setting the YJ team is in. Now both artists did a great job, except having two different styles, really broke up the visual flow of the book. And yes that may have been on purpose, but it took me out of the book, as I found it a tad jarring. This is in no way any fault of the two artists, but squarely the blame I feel falls on editorial and Bendis.

The reveal of Tim as "Drake" was also very unsatisfying as he is just there, with no special attention given to his new persona or costume. And I didn't much like the costume design either. Whomever came up with the design (most likely John Timms), I feel didn't give much thought to Tim's history as Robin. Tim has always worn the Robin colors of red, yellow and green proudly, save for his stint after Infinite Crisis where he adopted the BTAS like costume, in honour of his fallen best friend at the time, which basically only lost the color green from his adopted suit. Just like the N52, this is a rather big departure from his original look, this time being yellow, brown and black. He may as well start calling himself "Duckboy" to be honest. I'm not a fan. The sans cape look, doesn't suit him, we will have to wait and see if it grows on me.

We have yet to see Naomi fully in the book, as we just got a glimpse of her in this issue. Hopefully in the next issue, we won't have two different artists, and Timms can go back to a full issue of storytelling.

Cover Art - 4: The cover by Timm is really good, and has an awesome composition, however, it features "breakout star Naomi" on it, who only features on the last panel of the last page of the book, Hence why I felt the need to take a point off.

Variant Cover Art - 5: Nick Bradshaw seems to be channelling his inner Todd Nauk, as this cover looks feels a great deal like the artist of the original series drew this cover. Really like, even with the updated costume designs.