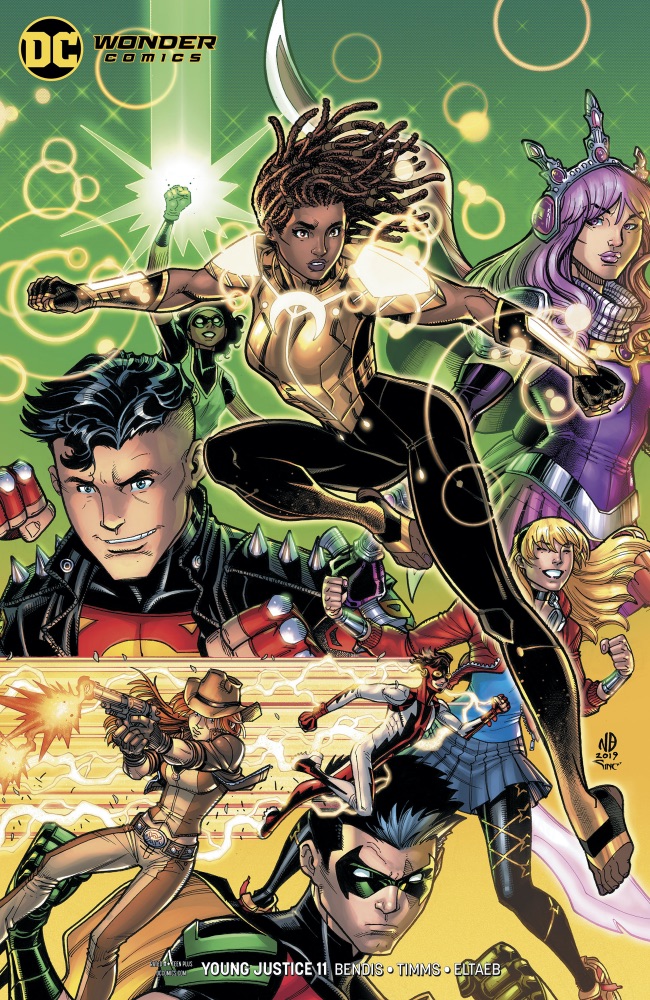 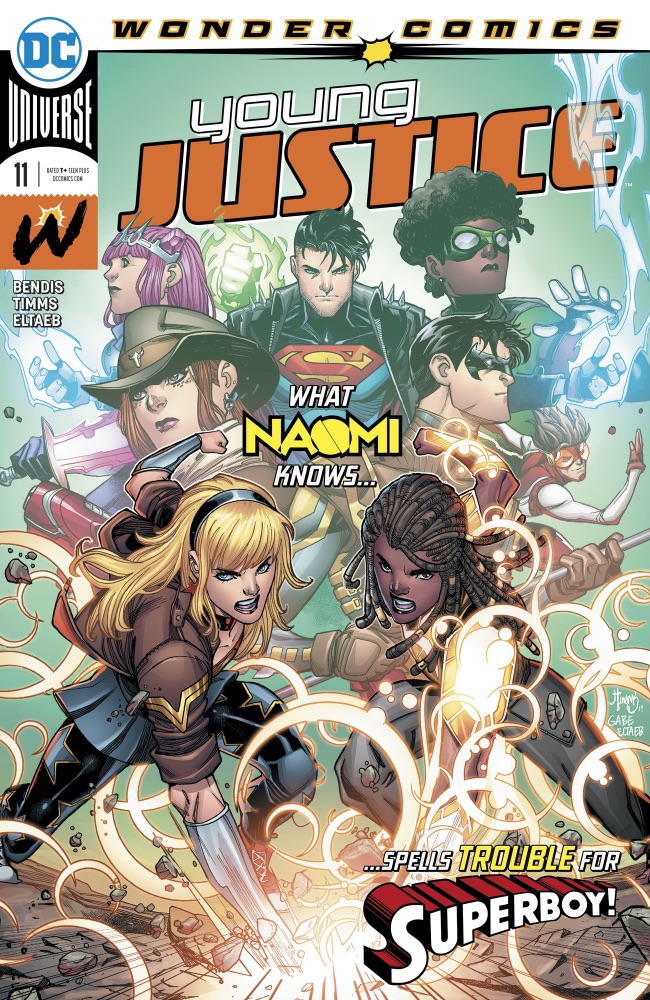 Scheduled to arrive in stores: December 4, 2019

Reviewed by: Keith Samra
Click to enlarge
The team find their way back home to their own Earth, and are greeted by a Naomi. They all crash at her place for the night. Tim Drake attempts to make contact with Gotham with no luck, and Superboy learns that Dr Glory is on the team of scientists that Naomi was working with. He goes to confront her, but is again teleported to some other dimension.

Story - 3: This is the fifth part of the Lost in the Multiverse storyline, even though it felt like it was concluded last issue. Meaning that this issue should have been an epilogue of sorts, yet we see the start of a whole new arc, under the same banner as the last four issues.

This was only the start of my displeasure with this issue sadly. We are introduced to the character of Naomi, and yet learn as little about her, as we have regarding many of the new characters of the team. I felt as though we just walked into the middle of an episode of a totally different show, as I read the opening pages of this issue, and was introduced to Naomi. Bendis writing was extremely confusing during the start, more so than usual, and the dialogue between the characters was exposition times 10, with a touch of incoherence in the form of Naomi's confusion about her "home world". Also what happened to characters that had superhero names? This new trend of calling heroes by a single name seems like it's a page out of the WWE handbook. Naomi really isn't a name that excites for a new character.

What I did like was the fact that Tim Drake was having difficulty trying to get through to his allies/team/family in Gotham, which I suspect may have to do with the Year of the Villain event. It's hard to believe that Bendis found a way to make Tim Drake somewhat of a joke with his new "Drake" identity. Maybe if DC were owned by Disney as well, Bendis would have given him the moniker of "Drake: The Mighty Duck". Apologies for the sarcasm, I just think it was a stupid decision.

Now onto the reason we cover this book on the Homepage, Conner Kent/Superboy... I have been critical of Bendis a lot, especially his issues with writing characters with Secret Identities. And much like in an earlier issue, again, it seems that Superboy has made it public knowledge that his name is Conner Kent, and that's something that even his antagonists are aware of, in this case, Dr Glory. In the past I have stated my Love for this version of Superboy, and was so glad that Bendis was bringing him back into current continuity, but now I'm not so sure if he was a good choice to do so. Conner has been mishandled so much in the past, it's just sad to see Bendis doing the same here. I mean Conner just got back from being stuck in a different dimension, after being tricked into going there, now history repeats itself, in the same fashion, by the same writer, within the same year of the books relaunch. However, this is the start of a whole new arc I feel, so he may have time to redeem himself. That's not to mention that we still need more of Wonder Girl and Impulse. These two need some spotlight.

Art - 4: I am still loving John Timms renditions of these characters, I feel his style is perfect for this book, however, I still hate the "Drake" costume design, to the point that its very inconsistent from panel to panel, and the signature "D" for Drake seems to disappear every now and then.

Many of the pages are beautifully rendered, and perfectly mesh with the writing. I think my favourite would have to be the page where Naomi is walking around her house in the middle of the night, only to discover members of the YJ team asleep on the couch and other parts of the house. The shot of Conner and Tim was the best.

I like the look of Naomi, from her facial features to her costume. I think Timms has done a superb job with this design, just wish the "Drake" suit had the same passion.

I still really feel the punk rock elements to Superboy's modern redesign of his 90s look is a misstep. It kind of worked under the pencil and inks of Pat Gleason, but looks forced in the way Timms draws him. Just like the New 52 look of the Justice League, and how Jim Lee was the only one that could really make it look decent, I think that the Gleason redesign of Conner just isn't a universal look that can be easily adopted.

Cover Art - 4: This cover is great, except that Wonder Girl is front and centre with Naomi, and is barely seen in the whole issue. The text about Naomi's knowledge regarding Superboy is also very misleading.