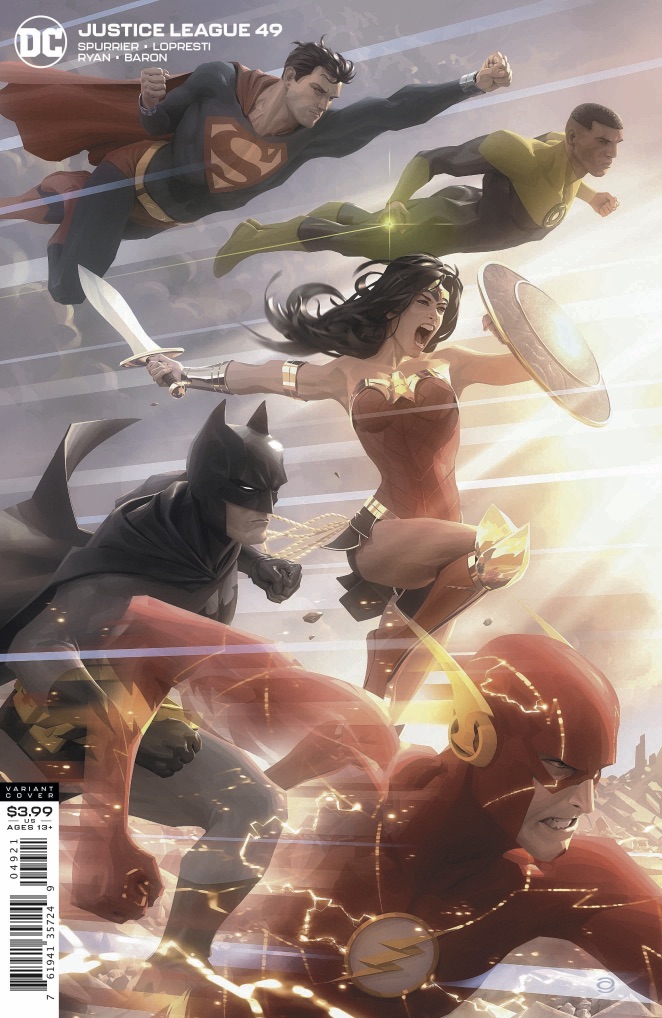 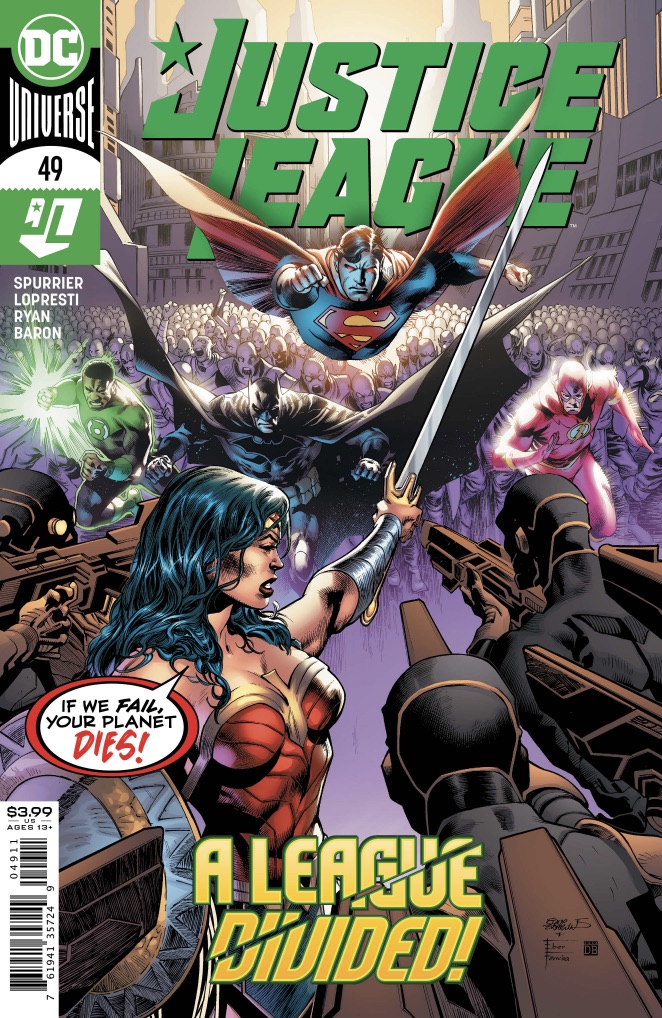 Reviewed by: James Lantz
Click to enlarge
The Trotha Empress Siddinix has been overthrown. The planet's two factions are at each other's throats, and the Justice League is divided on whether they should rule the population. Meanwhile, the Vermidiim are about to wage war on the Trotha. The Justice League will have to work fast if they are to bring the alien population together.

Much to the imprisoned Siddinix's delight, Superman, tired of the constant bickering, unintentionally uses fear to calm both sides of the Trotha. Wonder Woman has used the story of Ischyria to make the Justice League realize they may be mistaken in their approach with the Trotha. Yet, they have no time to ponder Diana's recounting of the tale, for unmanned Vermidiim vessels have arrived. To complicate things further, Siddinix's sympathizers have shot Batman.

Story - 2: Perhaps Simon Spurrier is better suited for Wonder Woman's book as hers is the only character he seems to have gotten right during this entire serial. This feels like Fred Frieberger's handling of Star Trek. Much of the main cast are out of character throughout this and the previous issue. This causes the serial to suffer as a result.

I stated I loved Spurrier's work as a whole. This story has all of what makes his stories great. However, those elements can't save it from the ham fisted execution. The question "Should superheroes be rulers?" has been asked in comics before. Spurrier clearly has his answer in this arc, but his sacrifices of characters' behaviors make the reader not care for whatever that answer may be. I'll read to the end of "The Rule". I just have a feeling Simon Spurrier will make that conclusion something I'll want to forget ever was written.

Art - 5: The art has improved in this issue. Lopresti is an awesome artist. His style improves the story.

Cover Art - 2: All the figures are crammed together in a tight space. This cover also gives buyers the sensation of a Civil War type of situation. There is disagreement within its pages, but it doesn't go that far.

Variant Cover Art - 1: This variant looks like the League's figures had cubes as a base. Plus, the image seems out of focus and a bit off in general.