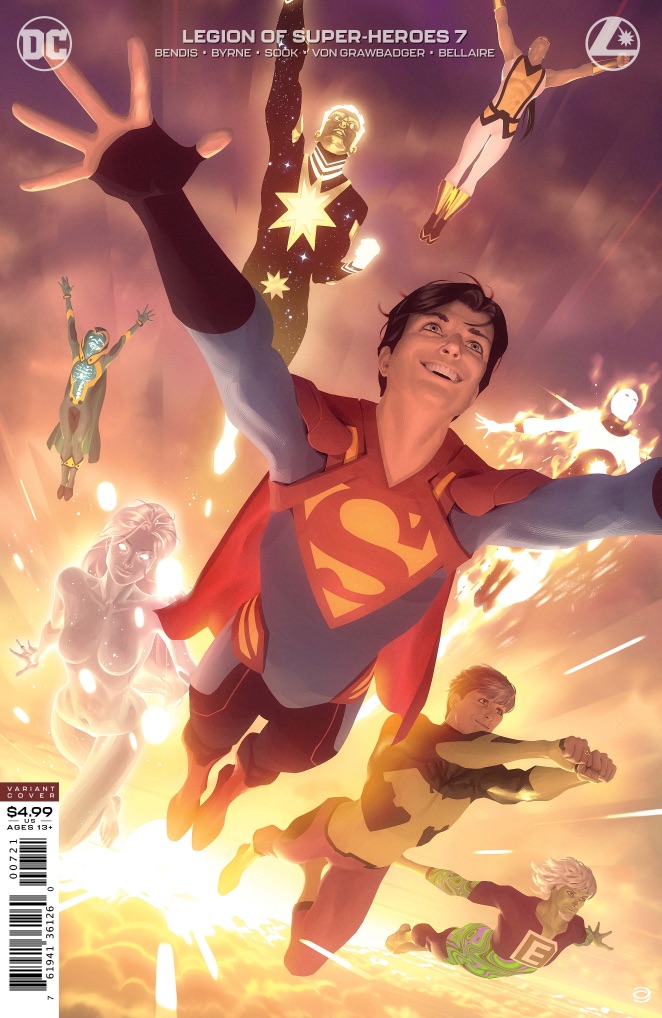 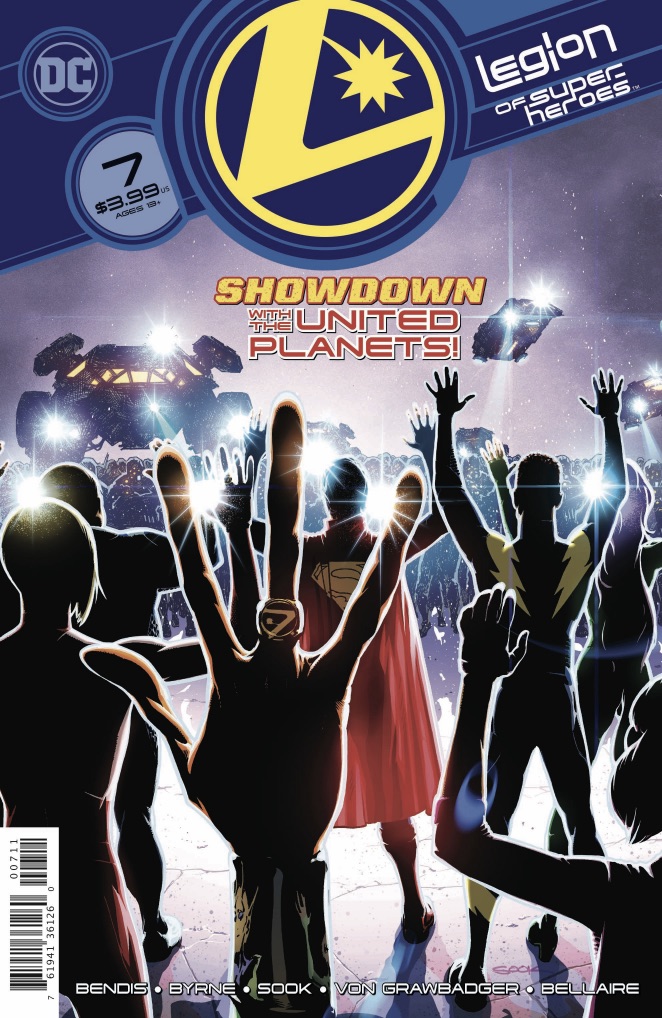 Reviewed by: James Lantz
Click to enlarge
In spite of abruptly interrupting the latest meeting of the United Planets after Aquaman's trident had returned Earth's oceans, President Brande has seen what the Legion of Super-Heroes can truly be thanks to Jon Kent. This leaves many in the Legion proud. However, there is also debate over who should lead them. A meeting is called for Legionaries to vote for the next commander of the team. Their decision will shape the future of the Legion of Super-Heroes forever.

The votes have been cast, and Ultra Boy is the Legion's new leader. His first mission in charge may be a difficult one, for his father, Crav has declared that the Legion of Super-Heroes is under arrest. Failure to surrender could mean death.

Story - 5: We have a good jumping on point that serves as a calm after one storm and before another. Bendis has always tended to do chapters like this in his overall arcs. It's one of the things that makes his work a joy for me to read. Pick up his Marvel work and his Superman and Action Comics if you haven't already. You'll find them entertaining gems that give characters a fresh start while paying tribute to their past adventures. Plus, they are just darn good comics.

Art - 5: The change in art style isn't that notable or jarring to the eyes, the transition is smooth. This helps as it really conveys the title's atmosphere.

Cover Art - 4: While I still have issues with the logo, the image reminds me of Detroit: Become Human and is well drawn.

Variant Cover Art - 5: This pretty much invokes the same feelings as the previous issue's variant. That and its art make it a treat for fans.