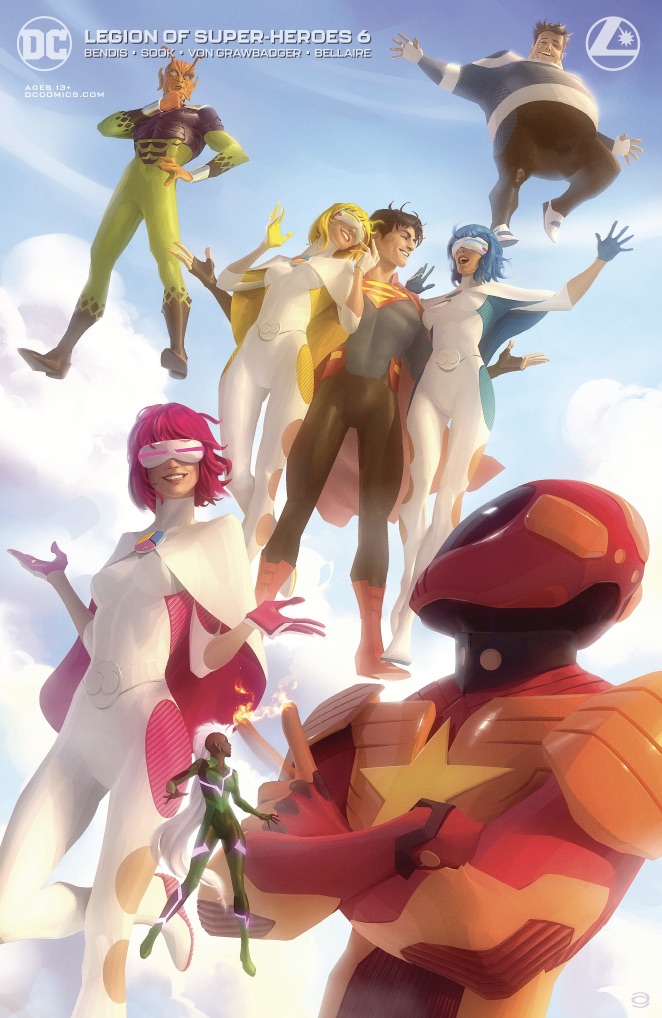 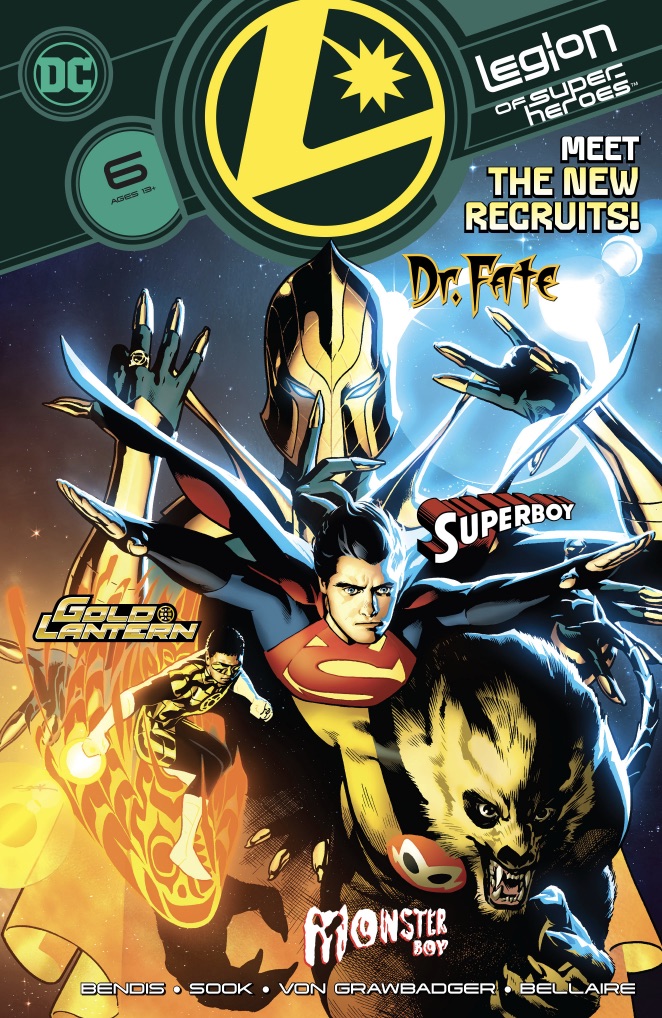 Reviewed by: James Lantz
Click to enlarge
As people on New Earth evacuate the planet, the Legion is in an all-out battle with the Horraz pirates who stole Aquaman's trident. Mon-El tries to take the trident, thereby unleashing its energy upon the world. This could mean the end or a new beginning for New Earth and the Legion of Super-Heroes. Either way, great change and trying times were sure be on the horizon.

Space is not the only setting of intense conflict. The United Planets Great Hall on Daxam is full of it as well, albeit more verbal in this case. Ultra Boy's father, General Nah, is outraged by the Legion's imprisonment of him. Yet, President Brande shows him footage of New Earth's oceans returning thanks to the Legion's actions. Nah vows to go to war as he leaves the chamber, making everyone, including the readers, wonder about one important thing. Will the Legion of Super-Heroes be considered heroes or fugitives?

General Nah reminds me of the Klingon ambassador in Star Trek IV: The Voyage Home. I wonder if Bendis was influenced by Trek in the writing of the Nah character. Whatever the case may be for Nah, this issue was a fast paced delight. Whatever you may think of DC's leaving Diamond Distributors, they have been producing some entertaining comics. This is just one of the many I'd recommend to anyone. Bendis has been especially been writing some good stuff lately while breathing new life into some of DC's characters in the same way he did for Marvel. Superman, the Legion of Super-Heroes and the rest of the DC Universe is lucky to have him telling their stories.

Art - 5: The art is pretty solid in this issue. The style probably wouldn't fit into a Batman comic. Yet, it works perfectly for this title.

Cover Art - 3: The logo is still too darn big for my tastes and knocks two points of a cover that is pretty awesomely drawn. I know. I know I'm too picky, but it distracts too much from the image.

Variant Cover Art - 5: This variant feels like a tribute to Legion comics of the past while bringing the present and future into the fray. I hope more are like this one.