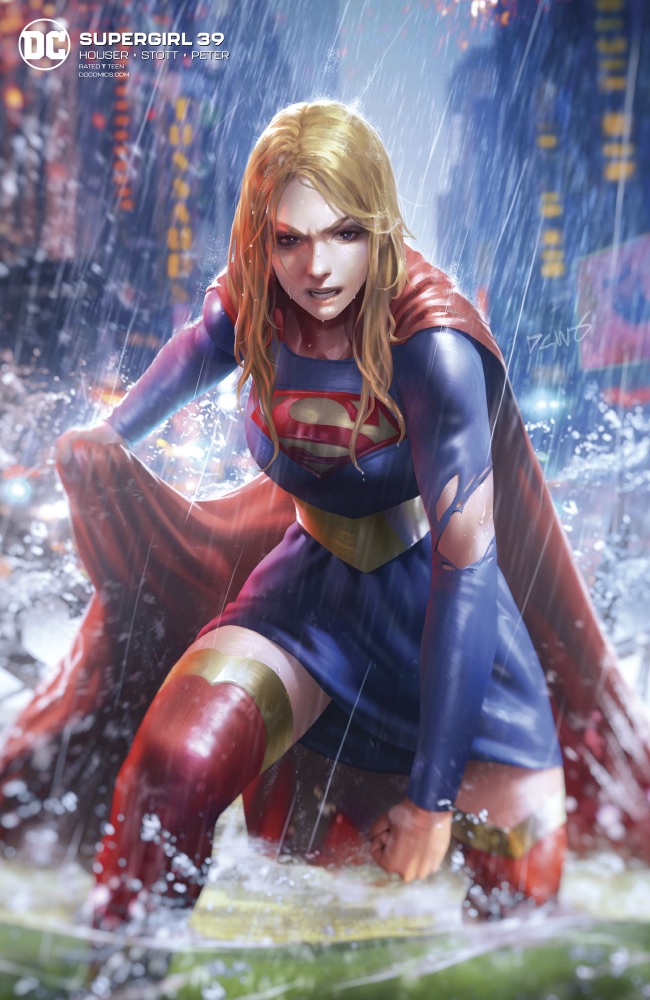 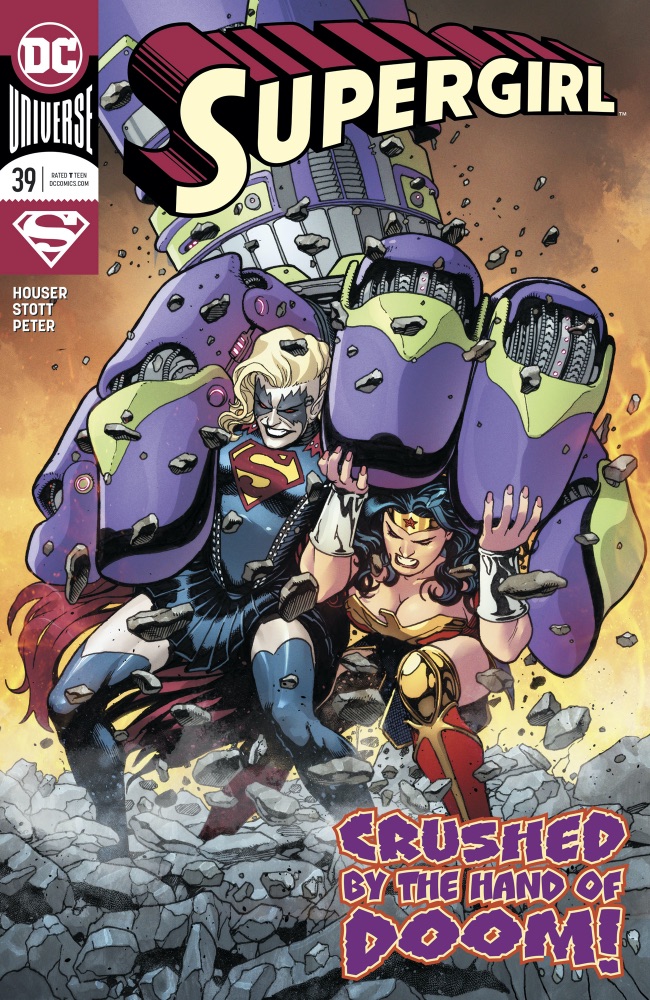 Reviewed by: Adam Dechanel
Click to enlarge
Superman's identity revelation pushes Washington into action. With Smallville being revealed as his earthly origins there is media focus on it and with Supergirl taking it prisoner the military decide to use Lexcorp tech to put an end to the Girl of Steel's plot at any cost.

Elsewhere Kara begins to free herself from infection with the help of Wonder Woman. The magic lasso can only hold the infection off for so long and when her disease resurges Kara takes out her rage on Krypto and Diana.

Robots with kryptonite lasers attack and cause untold devastation in Smallville. As Wonder Woman fights them off Kara starts feeling her old heroic self emerge and tries saving the population from harm.

Kara's control over the disease rescinds and it mutates her further. Kara turns her attention back to killing Diana.

Story - 3: Reading, something written for trade is so tiresome. I was trying to find something that moves the story forwards and there was nothing. A throwaway line about Superman giving up his identity and Kryptonite robots is all that was different. Does that justify the cover price? Not by a long shot.

The Batman Who Laughs infected Kara to be one of the Secret Six, but that plot hasn't gone anywhere. Kara has just spent her time scowling and not really doing much else. We were halfway through a Leviathan mystery before this, so after four months of cackling in blue leather... when is the story really going to begin?

Art - 3: When a book's art bores you there is definitely a problem. It's a disheartening feeling because the art isn't bad it services the plot admirably. The problem is this issue has little to no story.

Cover Art - 5: Wow! Now why couldn't the issue be like this? Supergirl and Wonder Woman teaming up would be fantastic. Love everything about this cover art!

Variant Cover Art - 5: This is a great cover! It reminds me a little of the episode of Supergirl where she had to fight a mind controlled Superman. I have loved all the recent variants with Kara looking happy and enjoying life, nice to see this side of her too!