If you missed it, here are the fake April Fools Day news reports we ran this morning, catching out a few unsuspecting fans. 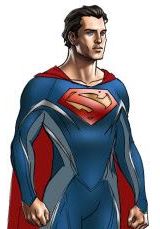 Warner Bros. Pictures and Legendary Pictures have revealed the costume design for the new Superman movie to be directed by Zack Snyder.

Designed by "Spider-Man" film costume designer James Acheson, the new Superman costume strays from the traditional design seen in the comic books, but remains true to the image of Superman, while giving the Man of Steel a more modern and streamlined appearance.

Snyder stated, "We felt that Superman needed to step away from the old circus strong man, red underwear on the outside, flowing cape design that was looking very dated by today's superhero movie standard. The design James [Acheson] created will once again put Superman at the forefront of superheroes worldwide."

Charles Roven, Emma Thomas, Christopher Nolan and Deborah Snyder are the producers of the film. The screenplay is being written by David S. Goyer based on a story by Goyer and Nolan. Thomas Tull and Lloyd Phillips are serving as executive producers.

Slated for release in December 2012, the new Superman movie will be distributed worldwide by Warner Bros. Pictures, a Warner Bros. Entertainment Company.

Click "Read More" below to see more detailed images of the new costume. 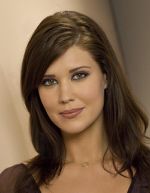 The CW today announced that Sarah Lancaster, best known for her roles of Rachel in "Saved by the Bell: The New Class" and Madison Kellner on "Everwood", has been cast as Lois Lane for a new TV series to spinoff from "Smallville".

Titled "Superman's Girlfriend: Lois Lane", the new TV series was pitched to The CW by "Smallville" co-creators Al Gough and Miles Miller, and is scheduled to premiere in September 2011.

"I'm extremely excited about this wonderful opportunity," explained Lancaster. "Lois Lane is such an iconic character, a role model for women throughout the years. I'm really looking forward to showing young women everywhere that Lois Lane is more than just Superman's girlfriend, she's a strong feminist in her own right. She doesn't need a man to define her."

And that's the kicker, Superman won't be in the series at all. He'll be alluded to, but never seen. This is Lois Lane's show. It's unknown at this point in time if we'll see Clark Kent, Jimmy Olsen or Perry White.

The role was offered to Erica Durance, but the "Smallville" actress turned down the role fearing she'd be typecast.

Click "Read More" to see what Erica Durance had to say about this new Lois Lane TV series. 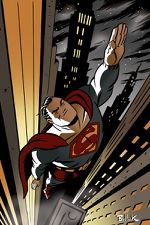 "Superman fans have been clamoring for more regular Superman titles," explained Superman editor Matt Idelson, "With the Multiverse open to so many great stories, what better way to bring in a new title about the Man of Steel than to take him back to his classic Golden Age roots with a new title set in the 1940s."

"It's too early to reveal just who the writer of this new title will be, but we're so excited to have Dave Bullock signed on as both cover artist and interior artist. Dave has a style that is very reminiscent of Joe Shuster. I'm sure fans will love his version of the Man of Tomorrow... I mean, Yesterday."

A writer for this title is expected to be announced next month. Click "Read More" below to see more cover images from up-coming issues of "Superman: Man of Yesterday". 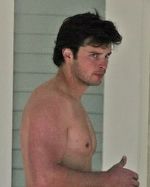 Around 3.30am, police received a report from the McDonald's security staff that a man was indecently exposing himself in the car-park at the Main Street restaurant in Vancouver.

Police located the man a short time later in the car-park and identified him as American actor Thomas John Patrick Welling of "Smallville" fame.

Indecent exposure is a Class B misdemeanor punishable by up to 180 days in jail and a fine up to $2,000. Welling was released on bail and is expected to confront the court later this month.

Click "Read More" to see CCTV footage of the incident from the McDonald's security cameras.

Welcome to the Superman Homepage Caption Contest! The rules are simple. Just click on the Comments link below to leave a caption for the following image. 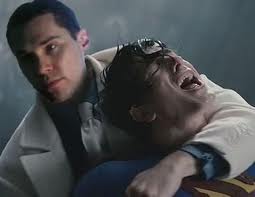 Leave as many captions as you can think of, but keep it family friendly. Captions deemed to be outside our Caption Contest Guidelines will be deleted at our discretion.

In the end, there can be only one winner. The winner will be decided by Jeffrey Taylor, your Caption Contest compere.

Check out the Caption Contest Archives to see the list of runners-up.

Note: You need to be a member of the Superman Homepage to leave a comment, but it's free, so sign up and join the fun!