May 30, 2011: Superman Celebration Schedule of Events 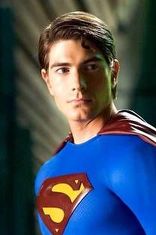 One of Metropolis' biggest weeks of the year is drawing near. From Thursday, June 9, through Sunday, June 12 the town of fewer than 7000 people will become a real metropolis, or at least close to it, as thousands of visitors from around the country, and even around the world, visit for the 33rd annual Superman Celebration.

"It's a chance for people of all ages to come together and just enjoy a weekend of fun," explained Superman Celebration chairman, Karla Ogle. "You never know who you'll meet...and you never know what you'll see!"

The Celebration will include a Smallville tent where free children's activities are held each day, the "Man of Steel" tent where super strength competitions will draw interest, and the "Metro" tent were live music will be performed daily. "And, our Artist's Alley will welcome visitors as a place to learn about the creation of comic books," Ogle explained.

As always, a big draw for Superman enthusiasts is the lineup of celebrities. Headlining this year's festival is Brandon Routh, who portrayed Superman and Clark Kent in the 2006 film, Superman Returns. When director Bryan Singer came aboard the project he insisted an unknown actor be cast in the part, in the tradition of the casting of the best-known film Superman, Christopher Reeve.

Singer was impressed by Routh's resemblance to the comic book icon and found the actor's humble mid-western roots perfect for the role. Following Superman Returns, he has had several supporting roles in television and film. More recently, he portrays the eponymous protagonist of another comic book film, Dylan Dog: Dead of Night.

In addition to Routh, Metropolis' most famous son will be sharing the spotlight with Sam Huntington, Alaina Huffman, Mark Pillows and Tracy Roberts.

Since 1996 Sam Huntington has appeared in thirteen feature films and seven television shows. Of these he is perhaps most recognized for his role as the Daily Planet cub reporter, Jimmy Olsen, in Superman Returns.

Sam was recently seen as "Eric" in Fanboys and just wrapped production on Dead Of Night where he stars opposite his Superman Returns co-star, Brandon Routh. Sam can been seen on the SyFy channel's new critically acclaimed hit series Being Human where he plays werewolf/tortured soul "Josh".

Routh, Huntington and Huffman will all participate in a Q&A Session at the Metro Tent at 11:30 a.m. Saturday, June 11. They will also participate in autograph sessions throughout the day at Banterra Bank. More details about how to obtain a ticket is listed in the schedule below and on www.supermancelebration.net . (Tickets are free but are limited.)

Two of the special guests slated to appear at Artist Alley include Mark Pillow and Tracy Lewis.

Pillow's sole movie role was as "Nuclear Man" in Superman IV: The Quest for Peace. In the 1987 superhero film, the last of the Superman theatrical movies starring Christopher Reeve as the Man of Steel, Superman battles Lex Luthor and his creation, a solar-powered evil clone of Superman called Nuclear Man. There will be a special screening of Superman IV at Artist Alley at 8:30 p.m. on Friday night.

Tracy Roberts Lewis portrayed "Darla", one of Lex Luthor's partners in crime on the television series, Superboy, starring Gerard Christopher. Fans of the show may agree that her most memorable episode was Darla Goes Ballistic. This episode will be shown at 7:30 p.m. Friday at Artist Alley. Roberts took a haitus from acting to raise her two daughters, but has recently revived her career.

Artists and writers who create superheroes and tell of their adventures are always one of the highlights of the Metropolis Superman Celebration. And this year, fans will have the opportunity to meet several of these talented individuals during the four-day event.

Members of the Mid-South Cartoonist Association will run the programming at the popular Artist Alley & Writers Way. Comic artists Martheus Antone Wade and Andrew Chandler will present a two-part "Breaking in the Business of Comics" seminar. Among other artists to be on hand for special events are Jamal Igle, Freddie Williams and Josh Elder.

Hands-on workshops, discussion panels, and question and answer sessions will take place along with the annual Fan Film Competition, run by Tim Brown of Inked Monkey Productions. For specific Artist Alley guests and information, see the schedule of events at www.supermancelebration.net.

During the Metropolis Superman Celebration, visitors can sample food items at numerous cafes-on-wheels and browse sidewalk sales. The always-popular carnival brings all sorts of exciting rides, along with concessions, including corn dogs and cotton candy.

Right in the middle of all of the activities visitors will have the opportunity to pose with the world-famous 15-foot-tall bronze statue of Superman and the near life-size statue of Noel Neil as Lois Lane and tour the SuperMuseum, which holds the largest collection of Superman memorabilia in the world. There are other interesting super-hero related attractions located throughout the city including a giant rock of kryptonite.

Metropolis, Illinois is the only town with the same name as the fictional city made famous in comic books. It is located at the southern tip of Illinois where the Ohio River meets Paducah, Ky. A complete schedule of events for the Superman Celebration can be found at www.supermancelebration.net, or by calling the Chamber of Commerce at 800-949-5740. For information about Metropolis attractions and lodging, visit www.metropolistourism.com or call 877-424-5025.