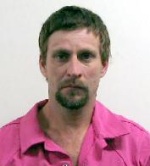 The Belleville News-Democrat reports that Gerry Armbruster, the guy who stole a large portion of the Superman collection belonging to mentally disabled fan Mike Meyer, pleaded guilty on Tuesday and was sentenced to six years in prison.

Armbruster had tricked Meyer into showing him the collection and stole it while Meyer was distracted while watching a movie in his Granite City home, police said.

Comic-book fan groups, actors and celebrities associated with the Superman franchise engineered a massive international effort to replace the collection, which was delivered by local Superman fans, some of them in costume.

However, police caught up to Armbruster in September while investigating another crime: he had beaten and robbed a 76-year-old man who was trying to hire him to clean up a vacant business on the block.

Read the full report at BND.com.