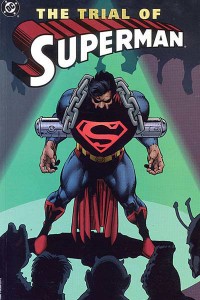 Variety reports that a federal judge has refused to throw out Warner Bros.' suit against the Siegel's attorney in the ongoing legal battle over the rights to Superman.

Marc Toberoff had sought to strike Warner Bros.' unit DC Comics suit against him under California's anti-SLAPP statute, which was designed to curb lawsuits with the intent of intimidating the opposition by delay and legal expense.

U.S. District Judge Otis Wright said that Toberoff had failed to show that his role as the attorney for the heirs to co-creators Jerome Siegel and Joseph Shuster was protected under the anti-SLAPP law. He cited a business agreement Toberoff made with the Shuster heirs, which Wright said was "not an agreement for the provision of legal services, but one concerning the exploitation of Joe Shuster's creations."

DC Comics, represented by Dan Petrocelli, sued Toberoff in May 2010, claiming that earlier in the decade he interfered with their relationships with Siegel's and Shuster's heirs to coax them out of settling with the studio and instead enter into an agreement with his own production ventures to exploit the "Superman" franchise.

The ruling doesn't actually shed any light on who is likely to win the case, however the judge did state that it gave the court "great pause" regarding whether Toberoff had any impact on undoing a settlement agreement that may have taken place between DC Comics and the Shuster Estate.

Read the complete report at Variety.com.