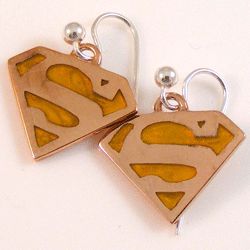 Guild Jewellery Design, an Australian jeweller based in Adelaide, has grabbed the exclusive rights in Australia and New Zealand to produce and distribute jewellery featuring the symbols of DC Comics characters.

"All the superhero jewellery in the market is cheap and, more importantly, unofficial. It seemed like a good idea to get in touch with one of the largest companies in the entertainment industry and ask to produce their jewellery," the self-professed comic book aficionado said.

"This is a whole new market for jewellery in Australia and it has the potential to have its own cult following," he added.

Guild Jewellery Design will officially launch its collection of comic book-inspired jewellery at the Armageddon Expo in Sydney on February 26.

Thanks to Chris P. Bacon for the lead on this story.