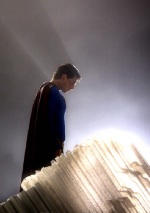 Telegraph.co.uk reports that researches at Southampton University have rearranged atoms in pieces of glass using lasers, turning them into a new type of computer memory.

They claim the glass memory is far more stable and resilient than current types of hard-drive memory, which have a limited lifespan of a couple of decades and are vulnerable to damage from high temperatures and moisture.

The glass memory can withstand temperatures of up to 1,800 degrees F, is unaffected by water and can last for thousands of years without losing information.

Information can be written, wiped and rewritten into the molecular structure of the glass using a laser, the scientists claim.

The process changes the way light travels through the glass, creating whirlpools of polarised light that can then be read in much the same way as data in optical fibres.

The glass memory has been compared to the "memory crystals" used in the Superman films, which contain recorded video and data saved by his parents that play back when inserted into a player in his fortress.