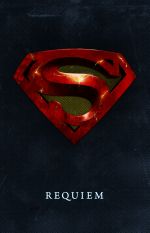 We've received a few emails in the past few months from fans wondering what we knew about a film listed on IMDB.com titled "Superman Requiem". We looked into it, and spoke with Gene Fallaize, the writer, producer, and director of the independent fan-film scheduled for release in 2011.

Q: Gene can you tell us what "Superman Requiem" is and how it came about?

A: "Superman: Requiem" is to all intents and purposes a fan-film that came about by my need to direct a picture ahead of my feature film directorial debut next year. I have been producing in radio, film and television for over 12 years, and am moving into the directors chair for a number of projects, and as a requirement to ensure my investors of my feature direction ability, I was tasked to direct a project. Now, I've always been a huge Superman fan, especially of the Dick Donner 78' movie, and one thing I've always wanted to work on was a Superman film - not necessarily one of my own though. After discussing what my 'test' project would be, I decided that although I could commission a short script and direct that, I needed something that would not only keep me interested, but also something that would excite me, and push me to my own limits.

It was then that I decided that I would take on a 'Superman' project. I'm obviously very aware that David Goyer has the rights with WB from DC to produce the latest 'big' Superman film, so knew that it would have to be entirely independent, and treated as a 'fan-film'. I also knew though that under those rules it means it cannot make a profit, which in turn gaining finance for it becomes a huge challenge. What I decided to do however was to call upon lots of people in the industry that I know at a highly professional level, to come on board and help me make this 'fan-film' level film into something very special. Suffice to say I've had to call in all manner of favours, but we've got together a really superb cast and crew so far, including a few of the original crew members from 'Superman: The Movie'.

Q: What can Superman fans expect from "Superman Requiem"? What will the quality be like?

A: By having such a great cast and crew (from well-known cast members, to visual FX, to costume design, right down the list), I am totally confident that what we will have is something not of 'fan-film' quality, but of true professional-level quality, which is a direct result from having a fully professional cast and crew who are very used to working on multi-million dollar pictures all giving their time and energy into making this film at that same high quality that they're used to working on. The huge benefit for them - and everyone else working on the project - is that they get to work on a 'Superman' movie, which is great for everyone, and the support and dedication from everyone involved has been simply amazing.

The attention to detail we have been striving for on this picture, going as far as the costumes, to ensure they are of the exact same cape fitting and design of those used in the Christopher Reeve movies, and that others (including the Kryptonian costumes) are made of the same material as originally used also. We also have composers Warlock & Bradford composing an entirely new score based on many of the original John Williams themes, but also including entirely new compositions.

In regards to other changes, we have designed a slightly modified 'S' shield for the costume (which is reflected in the poster) which still stays true to the Dick Donner movie, rather than 'Superman Returns', whilst still making our own slight modifications to it in general, but keeping the general 'Reeve' feel to it. When writing it I also brought in some new characters, and retired some existing ones, but simply to retain the continuity from the Dick Donner movies, and this is reflected in the story and casting.

Q: What is the story about?

A: As for the story itself, I can't give away too much at this stage, but it follows on from 'Superman: The Movie', but a few years ahead, so as to incorporate certain elements from all four Christopher Reeve movies, as well as 'Superman Returns'), and Superman is back doing what he does best, when someone uses Kryptonite to render Superman almost powerless. He must then find a way to use the powers he has left to not only continue his normal work, but also to save those he loves when they are threatened. Will Superman be able to continue saving lives with limited powers? Will Clark Kent finally find true love? And will Superman be able to get his powers back? All these will be answered in "Superman: Requiem".

I can confirm, however, that Superman, and lots of his powers, will be showcased in this picture. The losing of powers storyline is not to get out of showing his powers in action on screen, quite the contrary, it's so that we can delve deeper into the thoughts and feelings of our favourite superhero when things aren't going his way, and how he deals with them, to show a slightly more emotional side to the Man of Steel.

Q: When and where can we expect to see "Superman Requiem"?

A: We are still in talks as to the final plans for our distribution strategy, but we will almost certainly be having a Gala premiere, likely in London, followed by limited screenings, before either screening online, or hopefully, having it as part of a future DVD release.