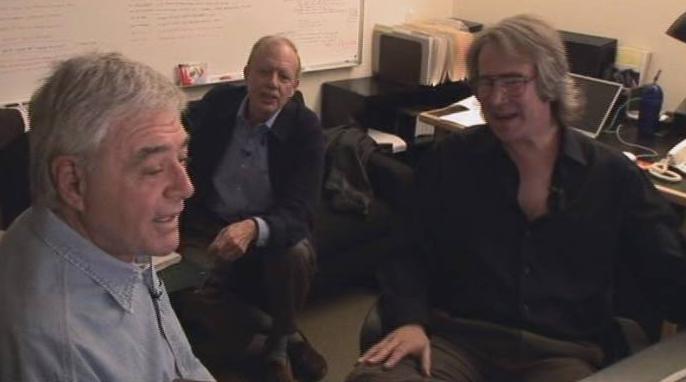 Empire Magazine has published the second part of the 2-part interview they conducted with Tom Mankiewicz earlier this year. Writer-director Tom Mankiewicz passed away in July of complications related to pancreatic cancer. Mankiewicz served as Creative Consultant to Director Richard Donner on 1978's "Superman: The Movie" and 2006's "Superman II: The Richard Donner Cut". Here's an excerpt from the interview...

What was the key to understanding Superman's character? What did you have to keep in mind when writing for him?

The fun thing is writing for Clark Kent, not letting anyone know that he's Superman. That's the fun of the character. If Superman didn't have the Clark Kent alias, he'd be pretty boring. What I tried to do was to give him a sense of humour.

The thing that finally made the movie work was the scene where Superman landed on Lois's balcony. In the original script, it was about two pages long, but it was missing something. Late one night it hit me. I called Dick [Richard Donner] in the middle of the night and I said, "After she interviews him, he takes her flying." He said, "My God, that's it. That's what we're looking for." I expanded it to about nine pages. That's more important than the explosions and rockets. He takes her flying. If you make Superman a romantic figure - he has a crush on Lois - the character has greater dimension and he becomes more appealing.

But he also has a higher duty from his father and his planet to be there for "truth, justice and the American way." There's no way Superman can be married to anybody or to have a steady girlfriend. He's got a job to do.

Dick had a motto for the film, which was "verisimilitude". We had signs in our office saying "verisimilitude". If you write it like it's really happening, the picture is going to work. It is too easy is to stand back and show the audience that you're smarter than the material. That's camp. The old Batman series on television was camp. It can work for 22 minutes on television but it has never worked for a two hour dramatic movie. You can't make fun of your characters. You've got to treat them seriously - especially Superman, who is a piece of American mythology.

Read the complete interview at EmpireOnline.com.

Thanks to Paul Campbell for the lead on this interview.