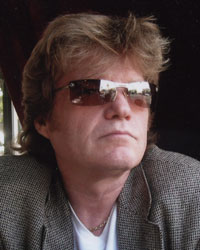 SupermanSupersite.com has conducted an interview with Ilya Salkind, discussing his whole career, his recent convention appearances, and what the future holds. Here's an excerpt from the interview...

Super Site: "Superman: III" was a different movie altogether. What changes were made?

Ilya: I had originally put together a plot for the third film that had Superman battling Brainiac and Mr. Mxyzptlk and involved the many bottled cities that Brainiac had captured. However, after someone had seen an appearance by Richard Pryor on the Tonight Show praising how much he loved Superman, the entire plot was changed so we could bring Pryor on board.

What resulted was more of a Superman adventure story as opposed to the previous films which had been about his origins and becoming the Man of Steel. We decided to bring in a new primary villain (Ross Webster) since Lex Luthor had been featured two times already. I had wanted to bring in veteran actor Frank Langella after seeing him in Dracula and thought his presence would be perfectly suited for a Superman antagonist. Lester did not want to work with Langella, for reasons I still don't know, so ultimately actor Richard Vaughn was signed on to play the character. I thought he did very well but Langella would have been more menacing and larger than life.

Read the complete interview at the Superman Supersite.