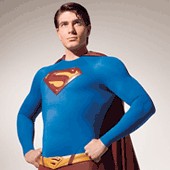 Speaking with the LA Times, Brandon Routh talks about moving on after playing Superman...

Asked whether he would be making another "Superman" movie, Routh says, "You know as much as I know. I don't know anything. I went through some anticipation for a while but it has been four years now so I have moved on to other things."

Joining "Chuck" meant Routh had to blend into a cast that already had a smooth chemistry.

"You learn when to speak up and when not," Routh says. "I think I have found my place now."

The role proves the Superman curse doesn't hit every actor. George Reeves, who played the Man of Steel in the '50s TV series, and Christopher Reeve, Superman in the '70s and '80s movies, both complained that playing the part limited the roles they were offered.

"Playing Superman hasn't haunted me by any means," Routh says. "The challenge with that is a lot of people in the industry just stereotyped 'Superman Returns' as a silly kind of movie. I have done quite a lot of roles since then, but not a lot has gotten out."

You can check out the complete article at the LA Times website.