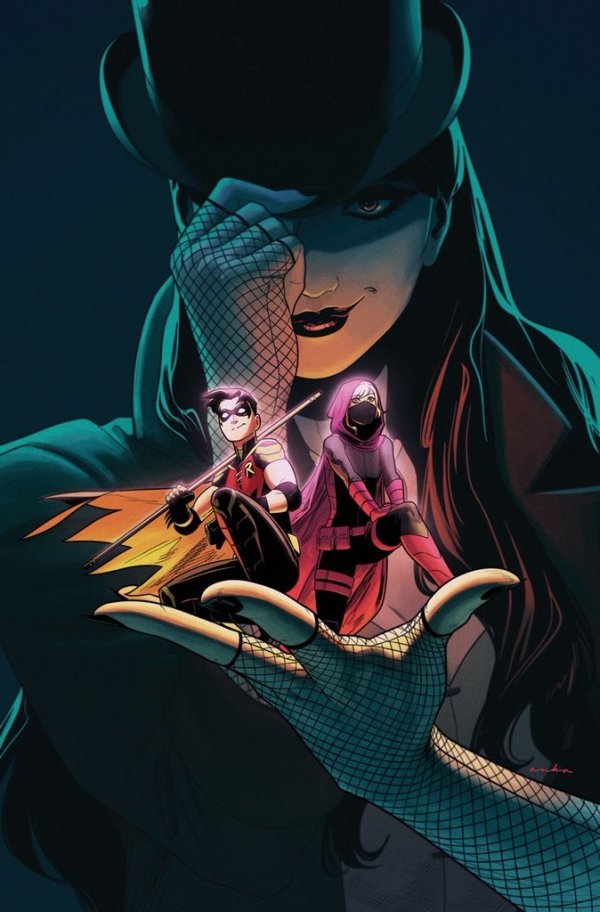 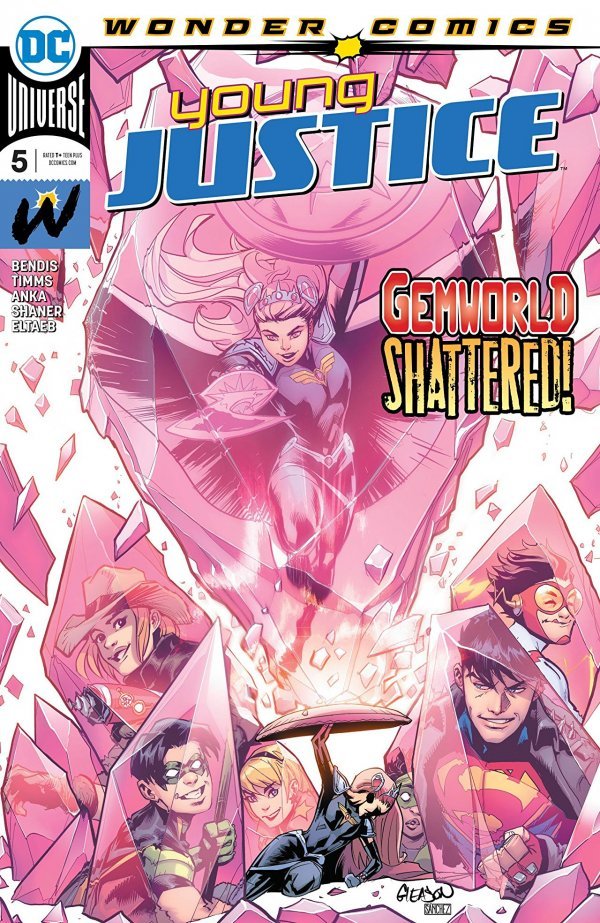 Reviewed by: Keith Samra
Click to enlarge
The team continues to fight Dark Opal for their freedom from Gem World. In flashback we learn that Robin had forgotten or was made to forget his time with Young Justice. Zatanna helps him remember his past.

Story - 3: Once again we have another issue that has left us wanting... and not in a good way. The overly dialogued book, with only small glimpses of what the YJ team used to be is sometimes not enough to keep us wanting to read more of this book.

The Tim Drake and Stephanie Brown scenes were great, and having Zatanna come in and Tim realize that he had forgotten Conner and the YJ team was a great touch. This is teen drama at its best, and what I love about this series. Taking Tim from his then current situation and appearances in the Bat-Books and bringing him back into this world was a wonderful touch. But is it enough to qualify as Young Justice?

I know that I have been overly critical of this title as of late, but for a book that is meant to lead the way for the "Wonder Comics" line, as the flagship title, yet the book suffers from one of its greatest assets, which again is one of the worst setbacks... Bendis-ism. For those that are die hard Bendis fans, this book is another treasure discovered at his time at DC so far, yet for those of us that are fans of these characters and the previous book, this book feels like a CW or Netflix adaption of the source material.

Is Bendis being on this title a bad thing?... Absolutely not! But Bendis should write these characters in a style that fits them, and not in the Marvel style that he has been since he re-launched this title. I love these characters greatly, and I am grateful that he has bought them back, especially Conner, this is why I asked to review this book. But lately it has felt laborious more than an enjoying past time.

That said as I stated early, I loved the Tim and Stephanie scenes, and hope that Bendis acclimates to a more DC style of writing.

Art - 3: I had to mark the art so much lower than I wanted to, but that is because having 3 different artists on the one book is way too jarring, that it spoils the enjoyment of the book.

I was so excited when Gleason was announced as the artist for this book, but with his departure for an exclusive contract with marvel, we have been left with 3 artists attempting to tell one story, that is but a chapter in an arc that will most likely be read in trade form. And with the artists not credited for their pages, it made it hard to distinguish who needed to be praised for what scene.

I hope we get a stable art team soon, as the multiple art teams per book hurt the narrative every issue.

Cover Art - 3: Gleason's cover is good, but nothing too inspiring or maybe because I didn't like the issue that much, or maybe it's just illustrating the mediocre of the story inside.