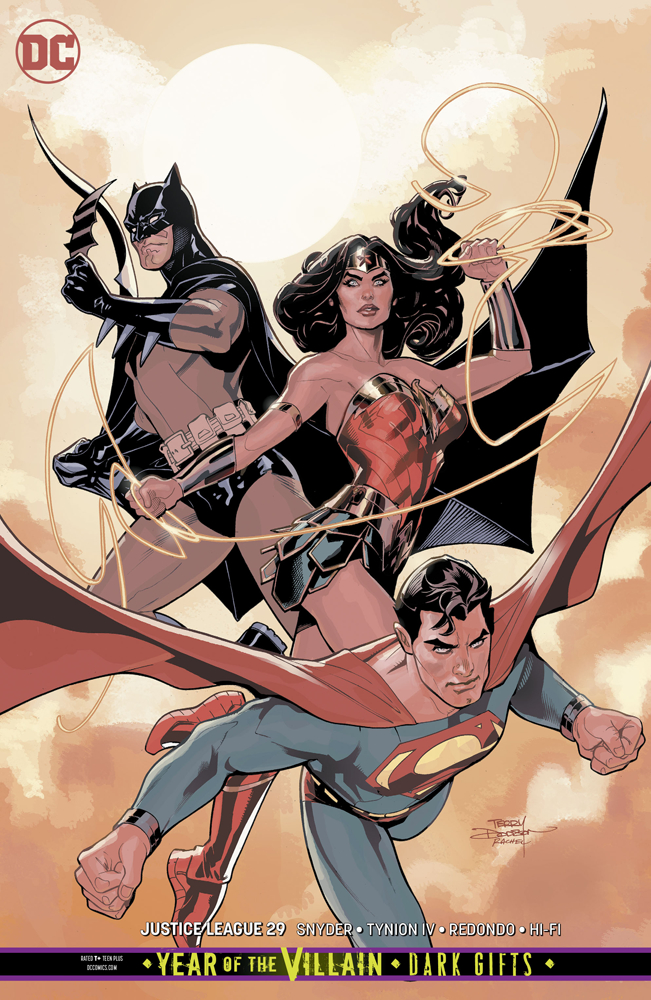 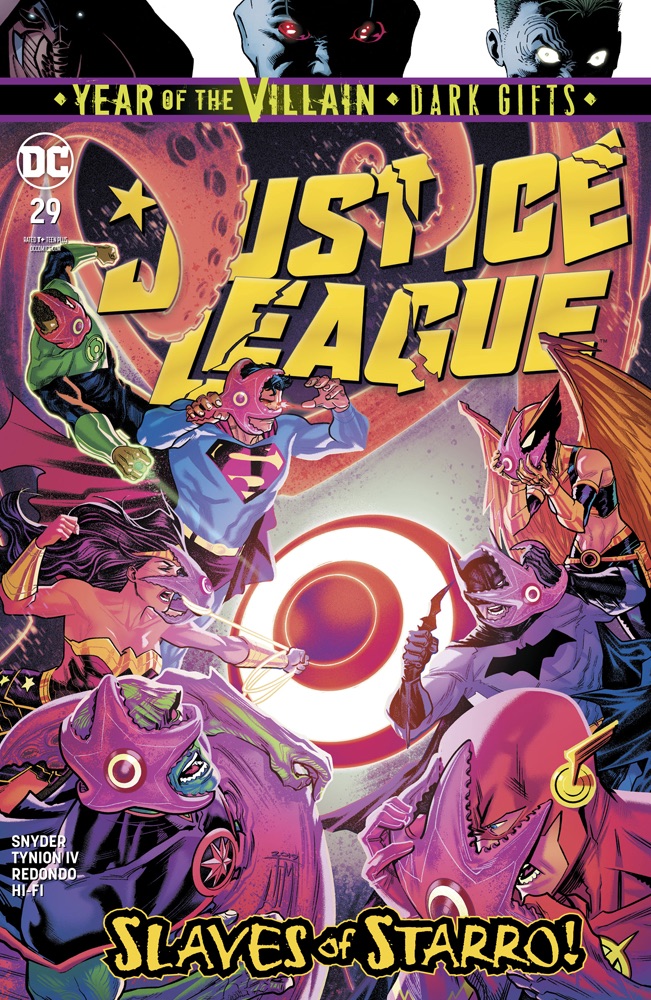 Reviewed by: James Lantz
Click to enlarge
The World Forger and the Monitor have made progress in finding their brother the Anti-Monitor while the rest of the Justice League is on a quest to find their foes. Only Jarro, the young Starro nurtured by the Justice League, has found the Hall of Doom. However, he may have gotten more than he bargained for in confronting Lex Luthor, who was recently melded with Martian Manhunter to become Perpetua's new Apex Predator, and the Legion of Doom alone. His brash action could be the starfish-like alien's undoing before this conflict has even begun.

The events centered around Starro and Jarro in Dark Nights: Metal, Justice League: No Justice and previous issues of this series are recounted as Jarro buys time for the Justice League to arrive to take on the Legion of Doom. Yet, the little star is on the verge of death. Plus, he knows a secret that is the only way for justice to beat doom. Jarro must become the Conqueror... Or does he? Batman realizes the truth. Jarro is scared of losing his new family the Justice League, but they are also scared to lose him. Jarro had simulated the whole situation of his invasion of the Hall of Doom to prepare the League for what is to come. What our heroes don't know is that Luthor has Starro in his Legion of Doom, and when Jarro tried to control the Justice League, Starro was able to extract their battle plans from them. The Justice/Doom War is about to begin.

Story - 5: I was a bit hard on the Apex Predator arc. That's only because I felt James Tynion IV worked better on this title with Scott Snyder than without him. Now, the book feels like it's back on track with Snyder's return. This prologue offers new readers a recap of previous issues and a fantastic story as the perfect stating point. It can also work well for established readers who may not recall every detail.

I was reminded of "The Search Parts I and II" and "In The Pale Moonlight" episodes of Star Trek: Deep Space Nine after reading this. Subterfuge and manipulation are used to prepare characters for a coming battle or war. Jarro did the same out of fear and necessity much like Captain Sisko in the latter episode mentioned. Yet, Jarro's actions provided readers with a character defining moment the meshes perfectly into what is perhaps one of the best starts to a story arc in this series.

Art - 5: I've not seen much of Bruno Redondo's work, but I like it. I hope he will be the artist for The Justice/Doom War. He's the perfect fit for Snyder and Tynion's story.

Cover Art - 5: The shape of things to come? We'll see. It's an incredible cover though.

Variant Cover Art - 5: The Dodsons have provided another excellent variant. It's a pity they aren't involved with more DC Superman related books.