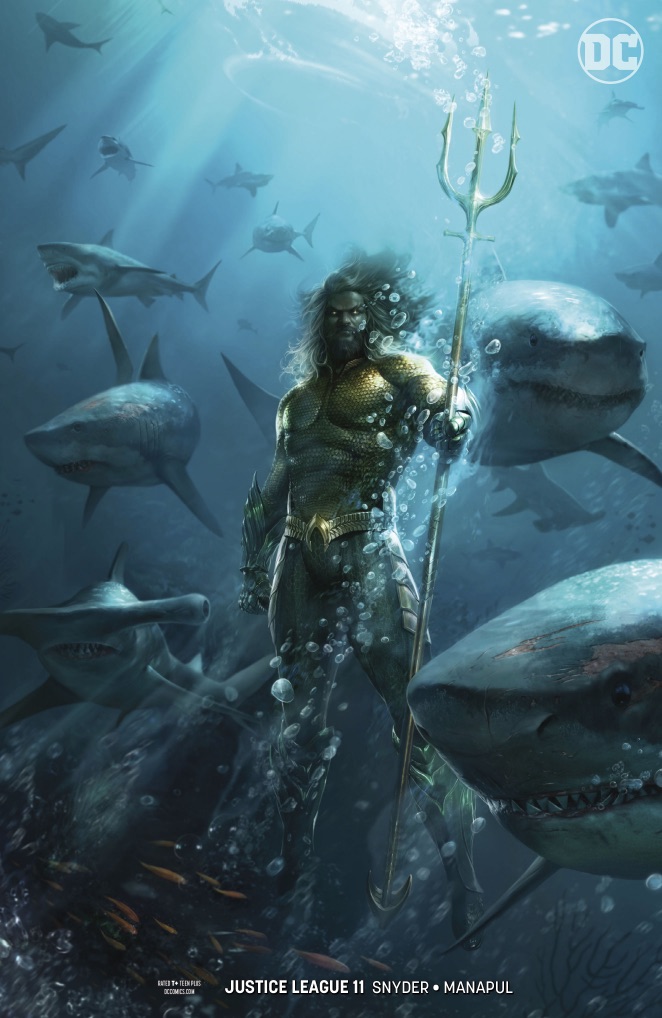 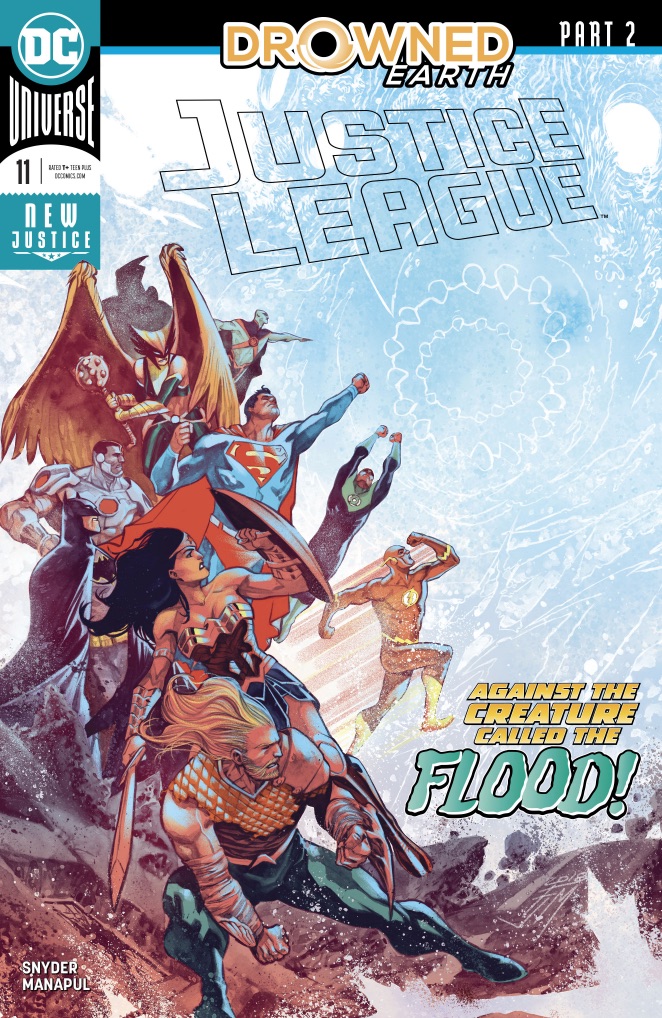 Scheduled to arrive in stores: November 7, 2018

Reviewed by: James Lantz
Click to enlarge
The alien sea gods have blocked Earth from receiving interstellar aid with a space fleet. Magic water is transforming most of the population into monsters. In spite of things looking bad, the Justice League moves on to defend the innocent. Batman is doing his best to protect the Totality. The Flash and Superman must aid Mera in finding the tomb of Arion to locate the Tear of Extinction. Wonder Woman saves Aquaman, and they go to the Graveyard of the Gods to resurrect Poseidon despite Diana's objections.

The Legion of Doom is one step ahead of the Justice League. Black Manta has stolen the Tear of Extinction. Cheetah's claws have trapped Poseidon in his grave. The Earth sea god impales Aquaman. The Hall of Justice is crumbling while Lex Luthor, Cheetah, the Joker and Gorilla Grodd infiltrate the structure. Only Batman stands between them and the rest of their plans for the newly soaked world.

Story - 5: I can't believe it, another great issue that moves like the best, fastest roller coaster. Scott Snyder is destroying the world a little at a time for our heroes. Perhaps he's doing it to rebuild the world for them. Perhaps he wants to see the Justice league underwater. Or maybe he just wants to tell a good story. Whatever the case may be, he's hooked me on his Justice League run, and I really hope his stories continue to be this good.

Cover Art - 4: While not as good as the interior art, the cover made me want to see what happens in the book. Every good cover should do that.

Variant Cover Art - 5: This one is clearly cashing in on the upcoming film with Jason Mamoa. Still, it's one of the most beautiful images I've seen.