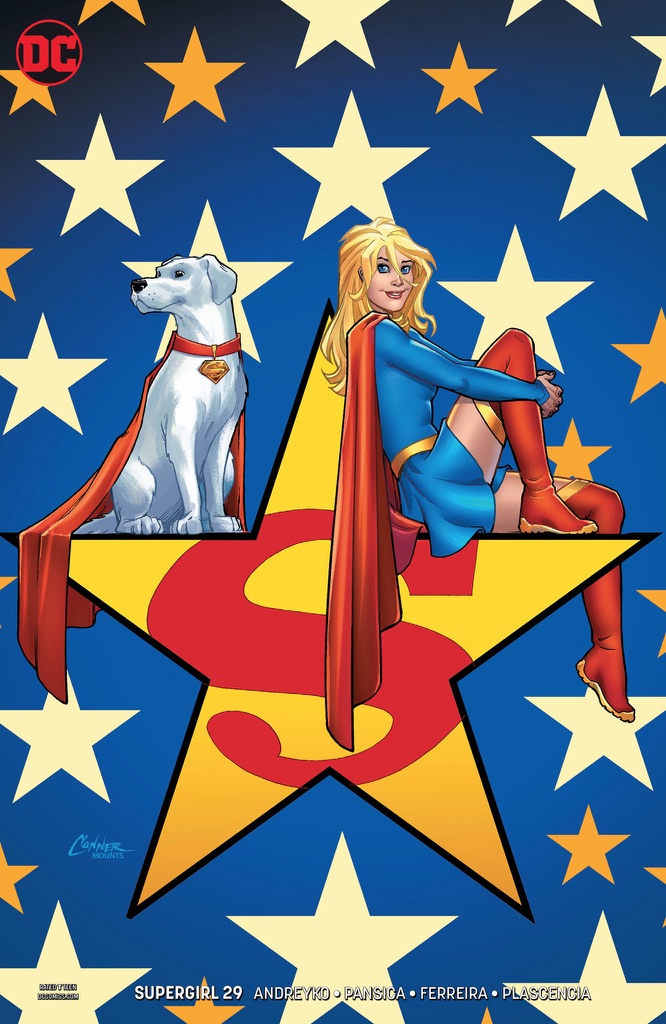 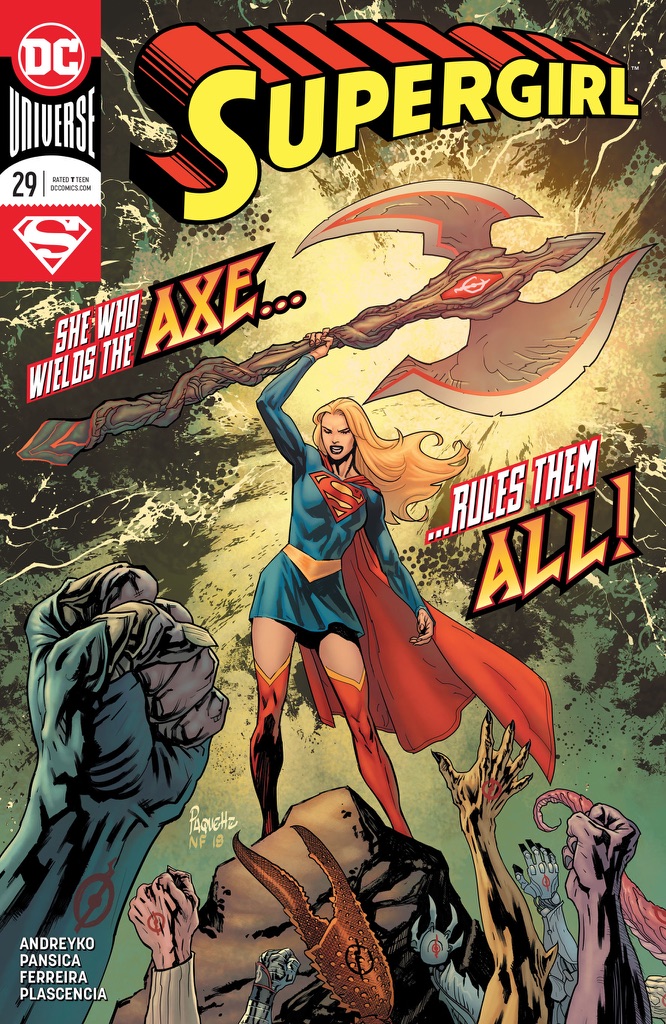 Reviewed by: Adam Dechanel
Click to enlarge
Kara, Z'ndr and Krypto have escaped to Planet Tavaar.

The young Coluan reveals to Kara how he got his cybernetic arm as the three bond.

When talk veers to Z'ndr's mother he struggles to hide his secret, luckily for the strained conversation, Krypto approaches with something he's dug up... one of Appa's memory crystals.

After some digging, and Z'ndr also mysteriously possessing a piece, they have the entire set. Rogol Zaar's axe activates Appa's artificial intelligence and it in turn begins to spew out all the mysteries of The Circle.

The purpose of The Circle was a noble one but one of its founders Empress Gandelo wanted to take control of it and use its power and influence to be a force for change rather than reactionary with Rogol Zaar as its tool. A personal vendetta led Zaar and Gandelo to betray The Circle and use technology stolen for Kara's father to take control of galaxy after galaxy. Appa tells Kara to take the crystals to Oa to end The Circle for good.

As Zaar's followers arrive on Tavaar they begin attacking the heroes. They leave destruction in their wake until Kara reveals her possession of the axe. As the followers swear a new allegiance to Supergirl, Z'ndr's worst nightmare unfolds as his mother, Empress Gandelo appears with murder on her mind.

Story - 4: Aside from Krypto's macguffin with Appa's crystals this was a perfect issue.

It did more in these pages than any before to explain Rogol Zaar and The Circle and I'm sure you're as relieved as I that everything is now out in the open and there is a clear path for both Kara and Clark to progress.

Despite the big reveals taking up the lion's share of the story, the scenes with Kara, Z'ndr and Krypto continue to be the most interesting and equally most connective to the audience.

Art - 4: I really like the art this issue and the color palette adds a new level to the feel of the book.

The followers of Zaar felt a little generic and as the last issue built up their arrival, their defeat was a little lackluster. The hologram again takes the majority of pages which forms a series of montage scenes, but just like the writing, it's the dramatic scenes that are where the issue is at its strongest.

Cover Art - 4: I'm torn by this cover. On the one hand it is a beautiful piece of art, it follows the style and feel Paquette has crafted for the series but on the other it is a bit misleading to the reader. It's part spoiler and part misdirect and as a reader the last two really irritate the paying reader.

Variant Cover Art - 4: I love this over the top, bold and bright cover. It also establishes the bond between Kara and Krypto that this series has given a great spotlight to. Amanda Conner really packs a punch with her depictions of powerful females but I wish Z'ndr was also on here!