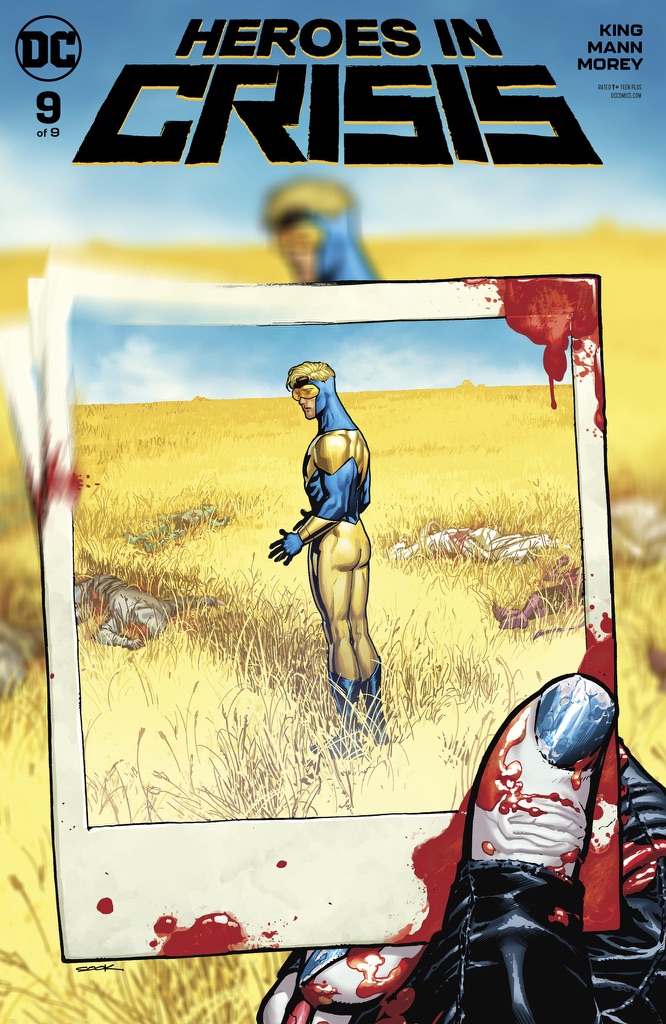 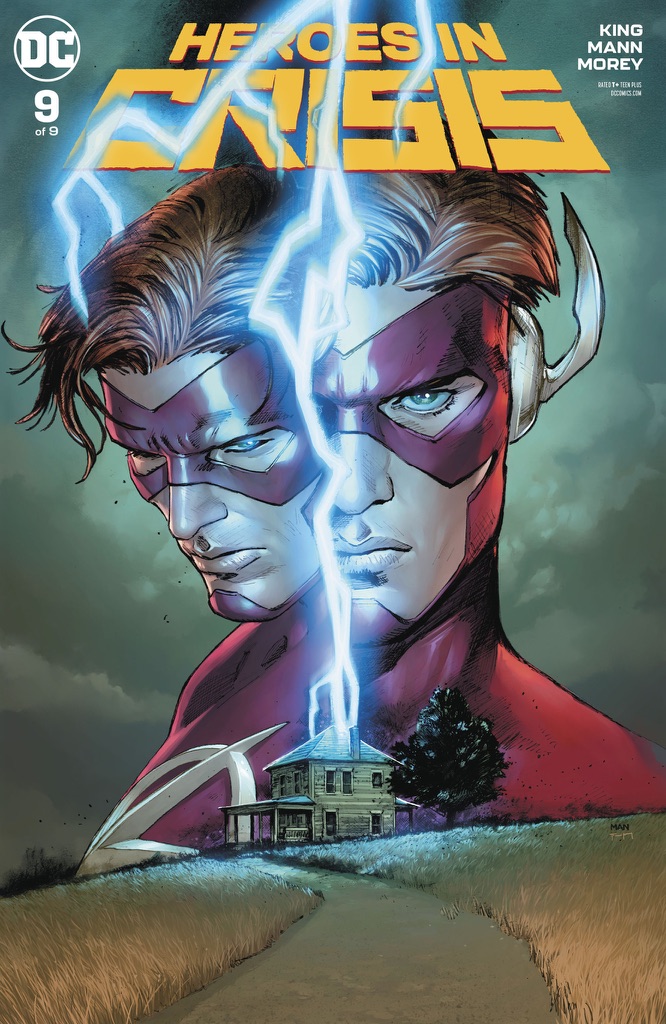 Reviewed by: Glen J. Clark
Click to enlarge
We open with Wally confronting himself, as he embraces his past. Booster, Blue, Batgirl and Harley arrive in time to stop Wally's actions.

Harley discovers that poison Ivy has had a "regrowth", and Wally is given the help he needs.

Story - 3: I had always stated that Tom King was a hit or miss writer with me. He is very talented, and throughout this series he wrote a compelling story for sure. It was a murder mystery that left the hero community exposed and vulnerable. Lois Lane wrote an expose, which left Superman to address the world, regarding what heroes go through on this job.

With the events of last issue, all that build up went out the window for me. Was the series and the conclusion well written? Absolutely. But that doesn't change the fact that King took one of the most beloved characters of the DCU, and made him a killer, even if it is that he himself was the cause of his own murder. We saw something like this 25 odd years ago with Hal Jordan, and even though we got Kyle Rayner and Green Lantern Rebirth 10 years after that, it still left a beloved hero disgraced and dead.

Yes, I am a Wally fan, and yes I want progressive storytelling, heading into different and new eras, but shock value, and writing characters into dirt is not the way I want to see it done.

Now just because I didn't like the idea of what King did to Wally, I still stay strong to the fact that I think he is still a great character writer. I loved the way he wrote Superman in this series, and it's some of the best that we have read since Tomasi and Jurgens at the start of Rebirth. I loved that Lois had to put being an intrepid reporter above being the wife of Superman, as she wrote the story she was fed by the "puddlers".

In the end, this story did nothing to change or help the DC heroes. The fact that it has Crisis in the title is the only reason it may be remembered in major DC crossovers.

I try never to be a negative reviewer, but I am glad that this was the final issue, and that hopefully someone else can give Wally some justice going forward.

Art - 5: Clay Mann's art was the highlight for me, he did an amazing job, start to finish. And it was great to have a full issue with him, seeing as how the previous issue didn't even feature him.

The opening splash across the skyline through the clouds was a gorgeous piece of art, which must credit the colorist also, as it looked very real, aside from the clouds spelling the title.

There is a lot of emotion in the scenes between Wally and himself, again which so beautifully rendered.

We see many heroes in the interview scenes with Sanctuary, some which are very funny, but all that feature wonderful depictions of these characters. I love Detective Chimp the best.

It was a shame that we didn't get to see Superman, Wonder Woman or Batman at all, seeing as they did play an important role in the series. It's sad to say that the art finished stronger than the story.

Cover Art - 5: This cover is awesome, I absolutely love it, showing the dual sides of Wally, beautifully drawn by Clay Mann.