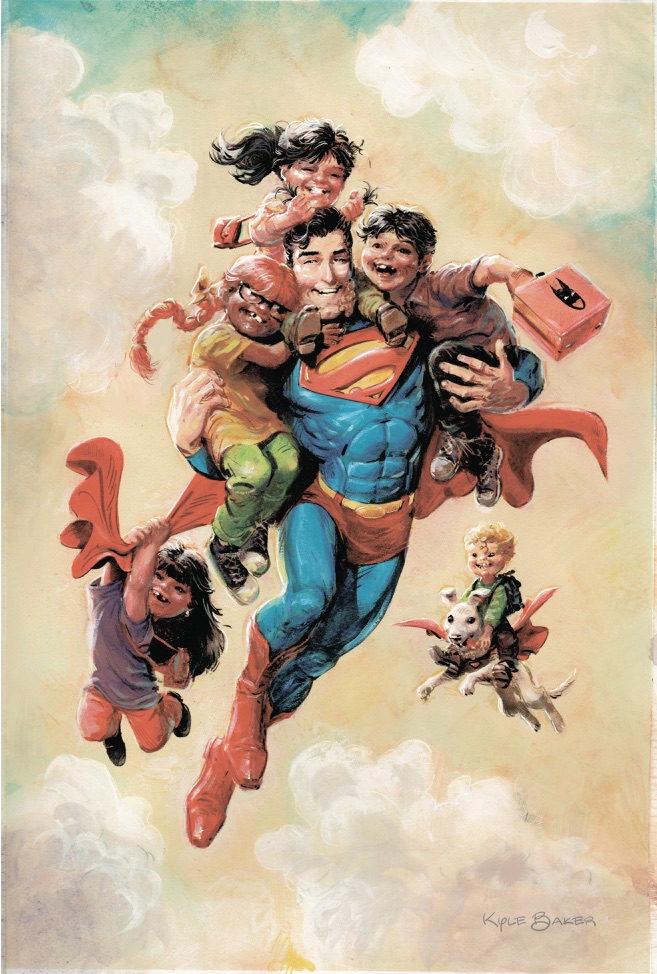 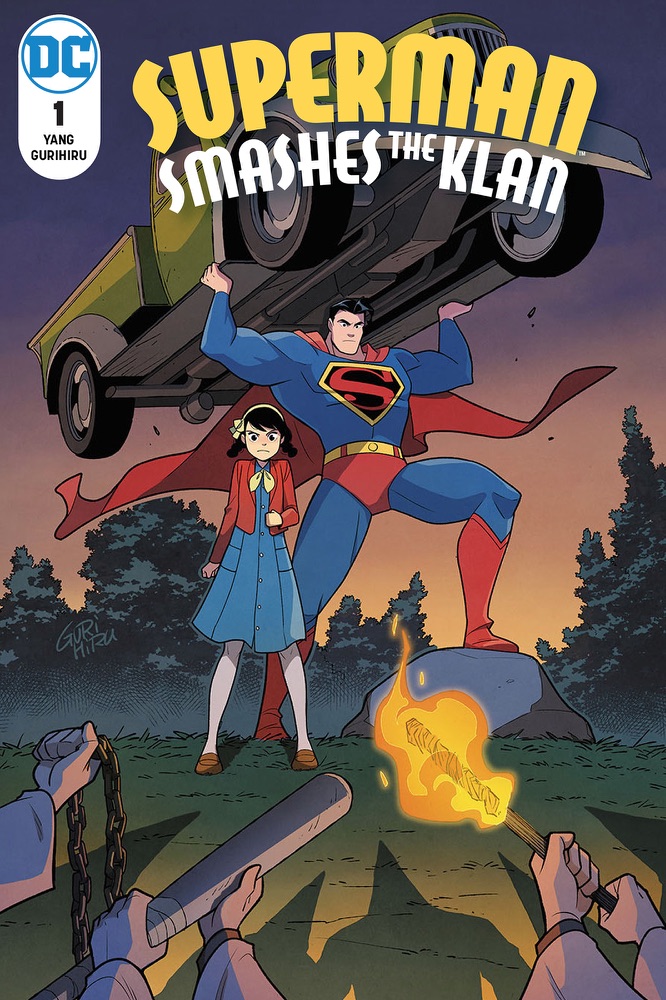 "Superman Smashes The Klan" - Part One

Reviewed by: James Lantz
Click to enlarge
It's 1946 in Post-World War II Metropolis. The Kryptonite-powered Nazi, the Atom Man, is attacking the Metropolis Dam. Superman defeats him, but he is subjected to the smell of ash and rot and a feeling of illness. The Kryptonite is taken to be studied. Lois Lane and Jimmy Olsen cover the events for the Daily Planet.

The Lees have moved to Metropolis after living in Chinatown. Doctor Lee has become Chief Bacteriologist of the Metropolis Health Department. His wife and children must adjust to life in the city. Son Tommy and daughter Roberta seem to be doing well making friends with the boys and girls who come to the multicultural center Unity House. Tommy even joins the Unity House baseball team managed by Jimmy Olsen. However, not everyone is friendly with the Lee children. After Tommy accidentally hit Chuck Riggs with a baseball, Chuck's uncle Matt takes matters into his own hands, making Chuck join the white supremacist group the Klan of the Fiery Kross, for whom he is the Grand Scorpion. The odor of ash and rot isn't the only thing Superman will smell, for the stench of hate and bigotry has come to Metropolis.

The Klan's burning cross and threatening gestures on the Lee's property has shaken up the family. Yet, they refuse to move. Tommy has become overconfident in his efforts to make friends at Unity House. The Grand Scorpion has taken drastic measures and captures Tommy. However, he manages to escape, but he also has an injured arm. In his efforts to escape the Grand Scorpion, Tommy falls into a river. Jimmy and Roberta, who know Chuck Riggs was with the Klan, help Superman search for Tommy. Can the Man of Steel and his friends find Tommy before it's too late?

NOTE: This issue also features the first part of an afterword by Gene Luen Yang detailing the history of the Klan and Yang's personal experiences with bigotry.

Story - 5: This comic came at the right time. I've been feeling nostalgic for the 1940s The Adventures of Superman radio show recently. As faithful visitors to the Superman Homepage know, I reviewed the serials in that series in a period that seems a lifetime ago, but also feels like yesterday. Gene Luen Yang captures the spirit of that progam in a faithful comic book version of "The Clan of the Fiery Cross", combining it with "The Atom Man" and other stories.

Yang has crafted a story that truly shows the best qualities of Superman. He always does the right thing while fighting those who would spread the seeds of hatred and intolerance throughout the world. Superman is a character that can inspire, teach and entertain. He is, as his creators dubbed him, a champion of the oppressed who fights for truth and justice. Yang captures that perfectly in this introductory issue.

It's a story ripped from today's headlines and yesterday's history. Superman Smashes The Klan may be aimed at younger readers, yet anyone of any age will enjoy it, especially if they love the Man of Steel on radio. This is not a requirement for liking the book, but hopefully it encourages new fans to check out The Adventures of Superman.

Art - 5: The art style is different from what I normally like in comics. However, it suits this series as the perfect tribute to both the old radio show and the Golden Age Superman. Plus, it is a stunning fit to Yang's adaptation to "Fiery Cross".

Cover Art - 5: Like the interior art, this cover pays homage to the Golden Age brilliantly while being done in a different style.

Variant Cover Art - 5: I'm reminded of those old Kellogg's Pep ads from the 1940s when I saw this cover. Awesome work on an awesome image.