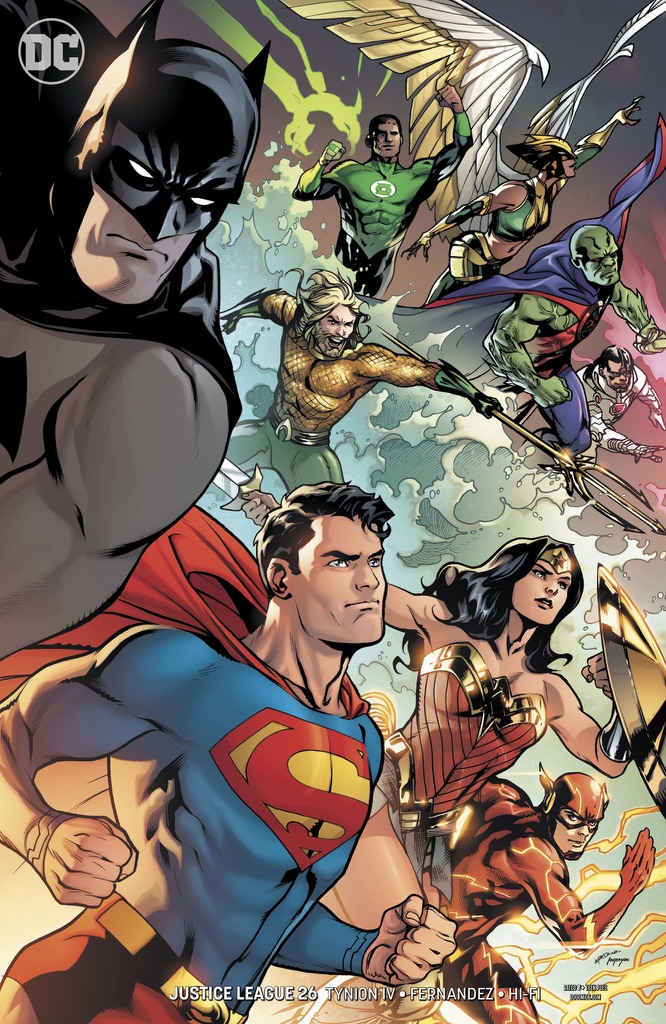 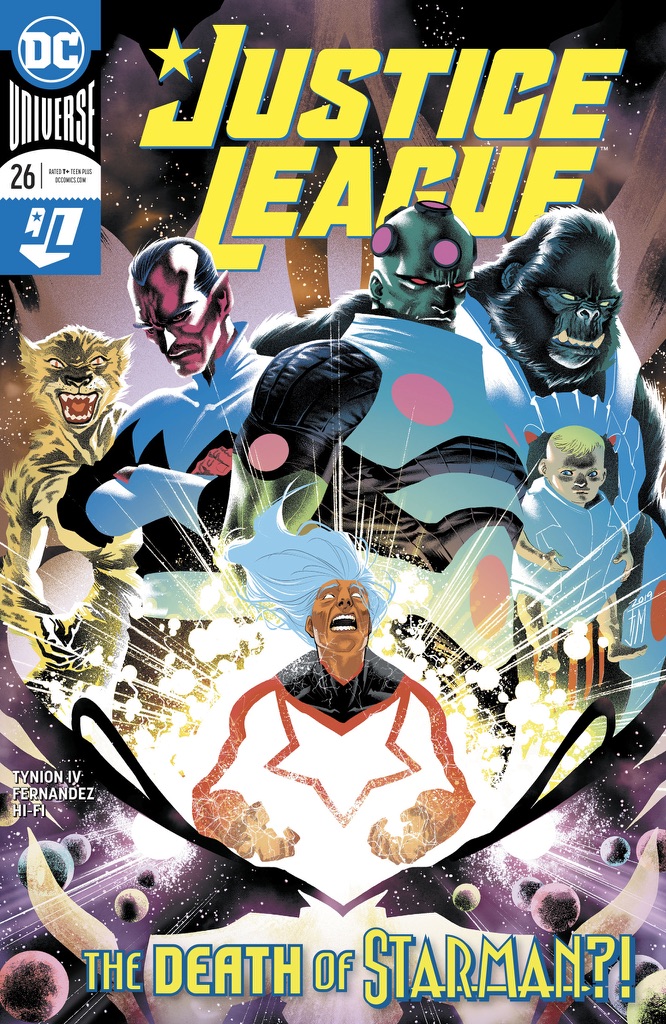 Reviewed by: James Lantz
Click to enlarge
Forces of justice and doom gather for the coming crisis. Heroes of the multiverse fight to protect their homes. The world is in chaos with those who lost hope in heroes embracing Luthor's philosophies. What happens next depends on the World Forger and the multiverse of heroes finding the Monitor and Anti-Monitor. They are the key to stopping their mother Perpetua. Meanwhile, sightings of a cloaked being believed to be Lex Luthor prompt J'onn J'onzz to search for him while refusing to answer calls from Hawkgirl to aid the Justice League. The Martian Manhunter's investigation leads him to an old manor house where Lionel Luthor confronts him.

Story - 4: This issue feels more like a prologue than a first chapter in spite of a cover that kind of lies to us. More on that later. In the aftermath of the previous issues we get 17 pages that basically say, "Prepare Yourself." That's not bad, and this issue has a high quality story. It's just not what I was expecting for some reason I can't quite put my finger on at the moment.

Art - 3: Some panels and images look overly saturated with ink, making some of them look too dark. The issuer itself is well rendered. Yet, that particular flaw makes it all look rushed.

Cover Art - 3: Speaking of over saturation, this image has too much light. I love Francis Manapul's art, but why are so many details hidden in Starman's light? Plus, the cover feels like it's misleading the reader. There isn't that much Starman in this issue. I expected his part in this book to be explored more than it was.

Variant Cover Art - 5: Emanuela Lupacchino was a highlight in my reviews of Supergirl. Her art is still among the best out there today. Put her in more comics DC, Marvel and any other publisher out there.