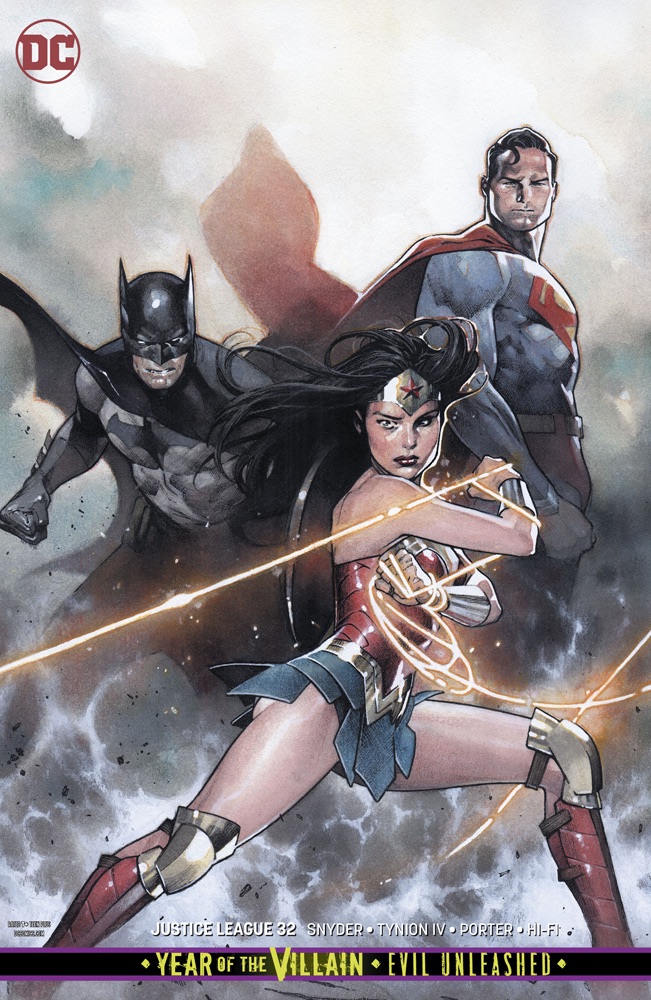 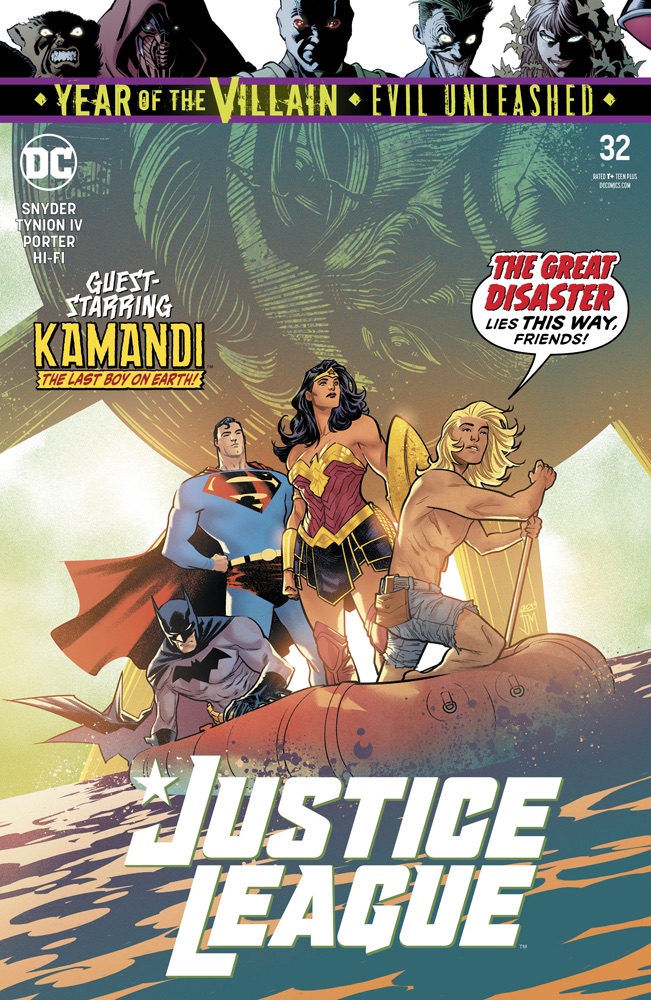 Reviewed by: James Lantz
Click to enlarge
Heroes in the past and future alike must get their respective shards of the Totality before the Legion of Dooms can get its hands on them. The Justice Legion A has been freed from Brainiac's control, and Kamandi gets a much needed motivational speech from Wonder Woman. At the same time, Aquaman has arrived to help The Flash, Green Lantern and the Justice Society. Brainiac has upgraded to Brainiac One Million, and tides of battle have turned. The Anti-Monitor has joined his brothers the Monitor and the World Forger on the side of the Justice League. Can they hope to stop their mother Perpetua before she creates the multiverse in her own dark image?

Story - 5: I admit I was a bit harsh on the previous issue. That's only because I expected so much from Snyder and Tynion. Granted, Tynion's solo arc wasn't as good as Snyder's work on the series, and the lack of Snyder's dynamics and storytelling are evident in it. Still, this series is worth reading in spite of a few misses here and there. This issue is clearly prepping character's and readers alike for what's to come, and it does that in a way that left me wanting more. I'm eager for the next chapter and what Scott Snyder and the rest of this book's team have in tore for us.

Art - 5: Okay, Jorge Jimenez isn't drawing this one, which is a pity. However, it's great to see Howard Porter art. I felt nostalgic for his JLA after reading this issue.

Cover Art - 4: The art itself is well done. The coloring, however, seems oddly off on Superman for some reason.

Variant Cover Art - 4: Poor Supes isn't treated well in either cover this time around. This one has him looking more like a middle-aged insurance salesman than the Man of Steel, but that's just my view of it.