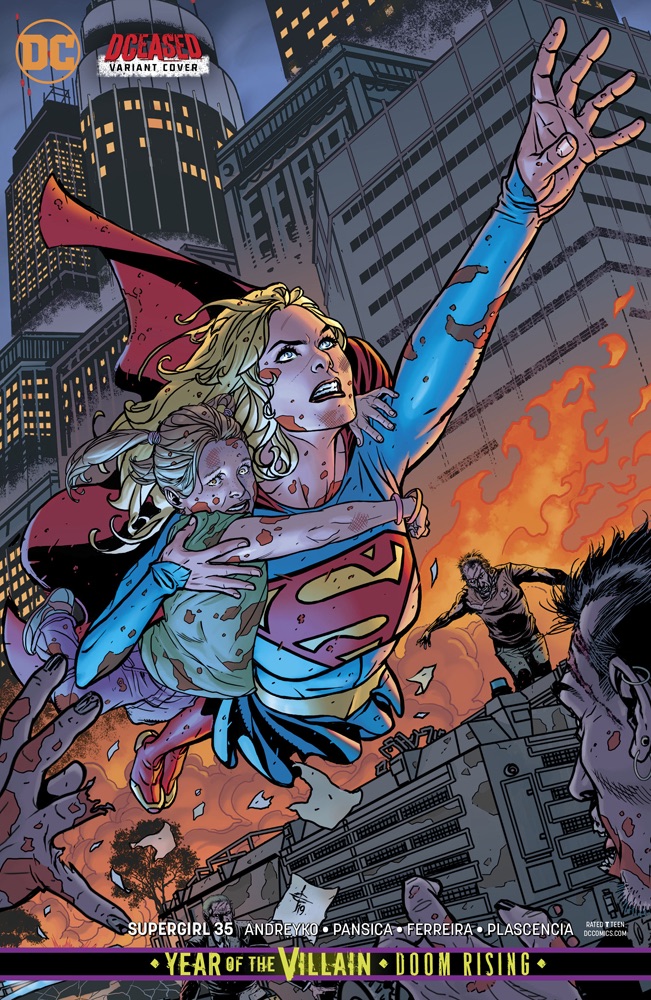 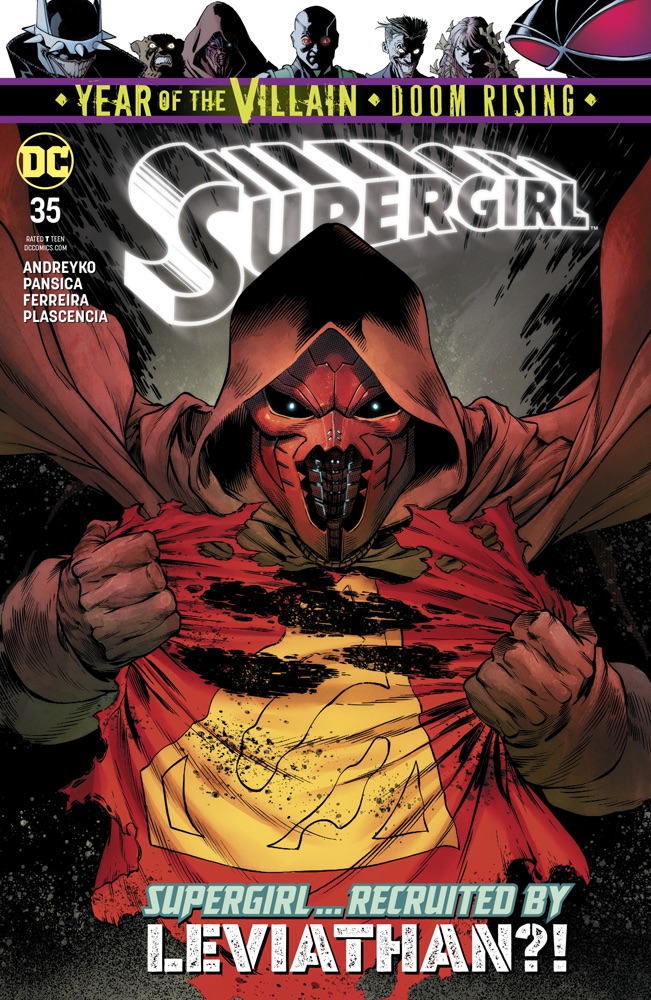 Reviewed by: Adam Dechanel
Click to enlarge
Brainiac 1.0 discovers the current Brainiac's body in the Fortress aiming to use the body, the Fortress technology and his dark gift from Lex Luthor. Something goes wrong with the body and it begins to mutate into a sloppy biological mess. Brainiac 1.0 realizes that only a female Kryptonian's DNA can help him evolve. He needs Supergirl!

Elsewhere Kara and Krypto are overjoyed to find Jeremiah alive. The joy is short lived as Jeremiah says goodbye to Eliza. Jeremiah retrieves Eliza's bionic hand and takes Kara out of the facility and begins telling her about Leviathan. Unbeknownst to them, a Leviathan soldier survived and watches from the shadows. Leviathan orders her to keep Jeremiah and Krypto occupied while he speaks to Supergirl and as they separate Leviathan offers Kara a deal.

Kara activates her suit's anti-kryptonite nanotech and destroys Leviathan's kryptonite weapons but not in time to stop the two assailants from escaping.

As Jeremiah and Kara recover from the attack a symbol appears in the sky. Kara swears to return as quickly as possible leaving Jeremiah to recover while she and Krypto race towards a horrific discovery.

Story - 4: Thin on story but heavy on emotion this issue. I'm not invested (ergo interested) in Brainiac 1.0 so far, so its sub plot is reducing the page numbers for the real story of Leviathan and the Danvers family. The scene with Jeremiah mourning his dead wife and Kara and Krypto embracing him are both highs and lows that really connected with me. I've lost loved ones and reunited with distant family so those moments resonated heavily with me. Leviathan and his deal offered a little insight into his motives and master plan but again it feels like Kara is taking part in someone else's story. We just had that with Superman so it will be good for her to step out on her own again. I loved her using the suit upgrade, at least with the strange abundance of Kryptonite now it won't be as deadly.

I feel a failing this issue is that it couldn't decide if it was a Leviathan issue or a Dark Gifts one. The emotional level is the reason I am scoring this issue so highly, without those this would have been a forgettable issue.

Art - 4: The art was clear, concise and energetic. I really enjoyed the visuals this issue though the inking could have been a bit heavier and Kara's hair a little less 'flowy'. It's something small but if her hair is flyaway, her cape ought to be too. I liked the splash pages but I think the inking was a little too light.

Cover Art - 3: A bit of a red herring as Leviathan wants to partner with Kara not destroy her. It's also a bit of a tired cover, I've lost count of the times I've seen a villain in this pose. I like the Kylo Ren inspired look, it's not subtle but it does make the cover stand out.

Variant Cover Art - 3: I haven't read DCeased so I'm not familiar with what's really happening in the cover except that Supergirl looks like a determined woman. The scene is pretty cool but like the internal art, the inking seems a little light.