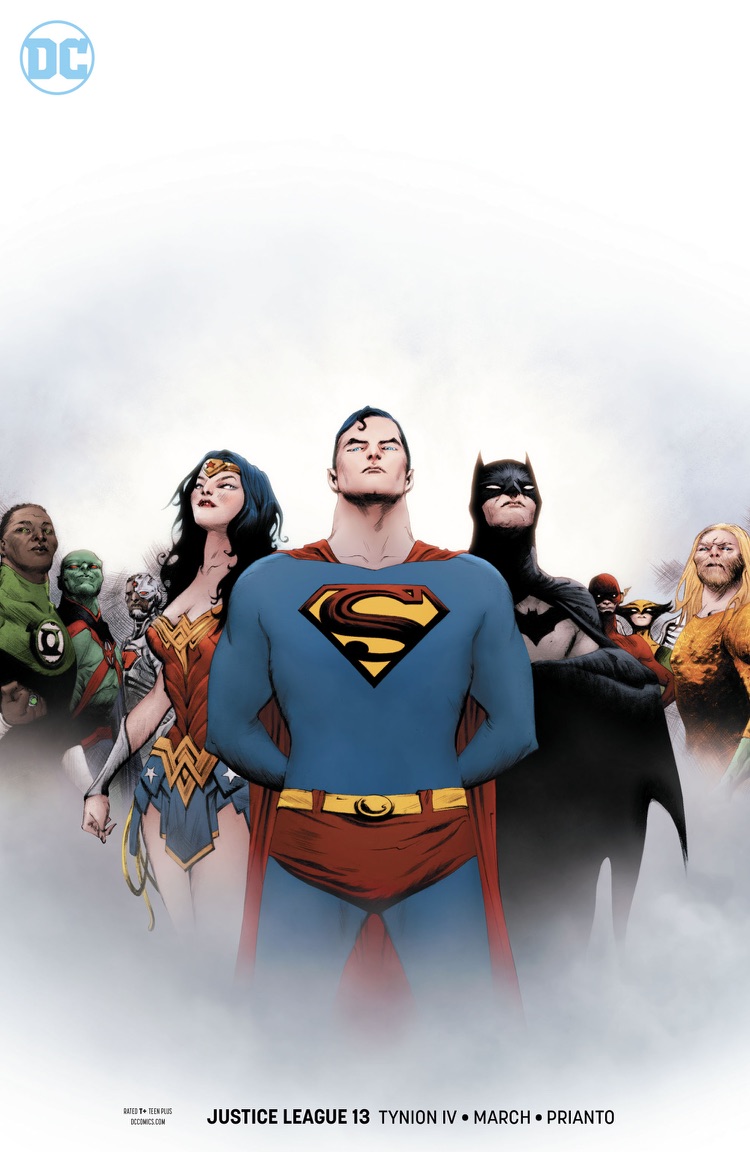 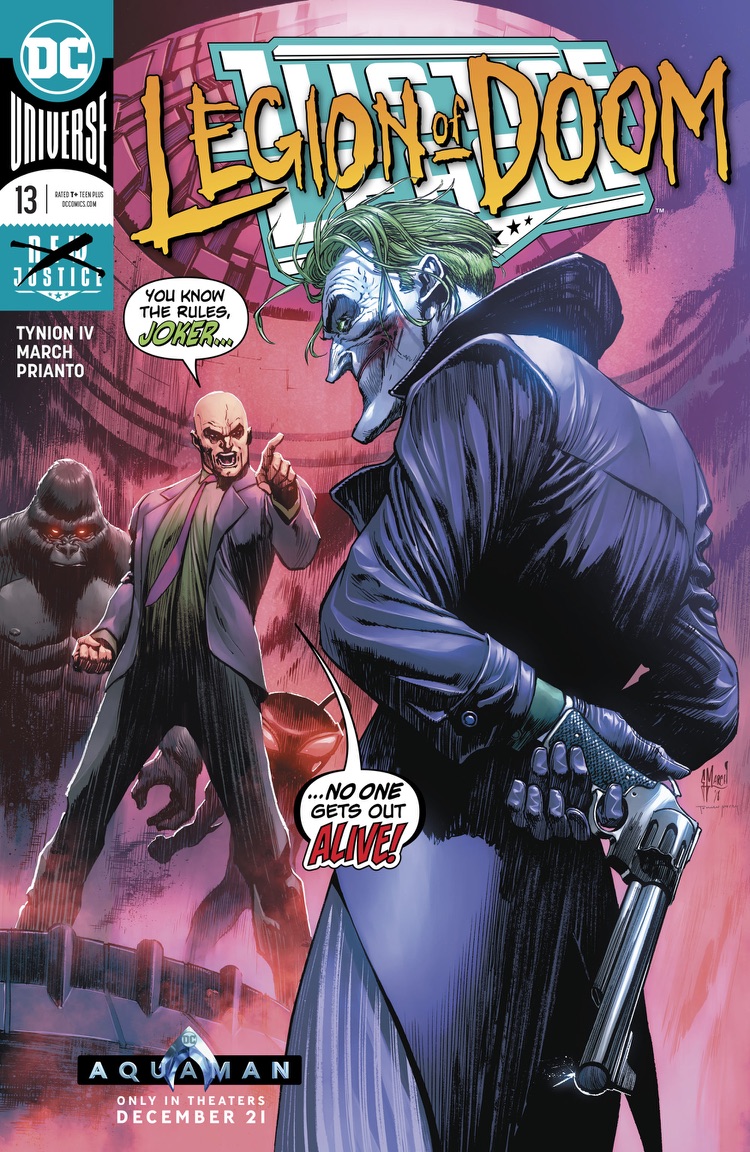 Scheduled to arrive in stores: December 5, 2018

Reviewed by: James Lantz
Click to enlarge
Lex Luthor has recruited the Joker for the latest incarnation of the Legion of Doom. He has also brought the Batman Who Laughs into the group unbeknownst to the Clown Prince of Crime, who doesn't want the amalgam of himself and his greatest foe to be in the same universe as himself. This is perhaps due to a mixture of pride and fear. Whatever the case may be, Luthor has given the Joker free reign to create a torture chamber, but he's turned the entire Hall of Doom into said chamber. Having exposed the entire Legion of Doom, including new recruits called to replace Black Manta, to his deadly laughing gas save for Luthor himself. The Joker also reveals his intent to kill everyone in the Legion of Doom before parting ways with the villainous squadron. Now, Lex must prepare the next phase of his plan by having Professor Ivo reactivate Brainiac.

Story - 5: This chapter of James Tynion IV's "Legion of Doom" is a great counterpart to issue #9. That book showed some great character moments and mindsets of the Justice League, and this one does the same for the Legion of Doom, complete with madness and insanity. We readers are essentially getting, as a whole, the events so far from two different points of view. This makes this book more interesting on so many levels. Normally, I don't like serials that interrupt other serials or runs. However, I've come to enjoy what Tynion is doing for the resident bad guys in this series.

Art - 5: The art reminds me of Todd McFarlane mixed with Greg Capullo. It's perfect for the madness that is the Legion of Doom and the Joker. I want more Guillem March on this book.

Cover Art - 5: The cover seems a bit misleading, but it could also be a glimpse inside the Joker's mind. Beautiful art graces this image that combines classic Legion of Doom moments with the insanity and psychology of the story's central villain.

Variant Cover Art - 5: I'm a big Jae Lee fan from back when he was on Marvel's Namor the Sub-Mariner. It's a pity we don't see more of his work lately. Comic readers today need to see his style more.