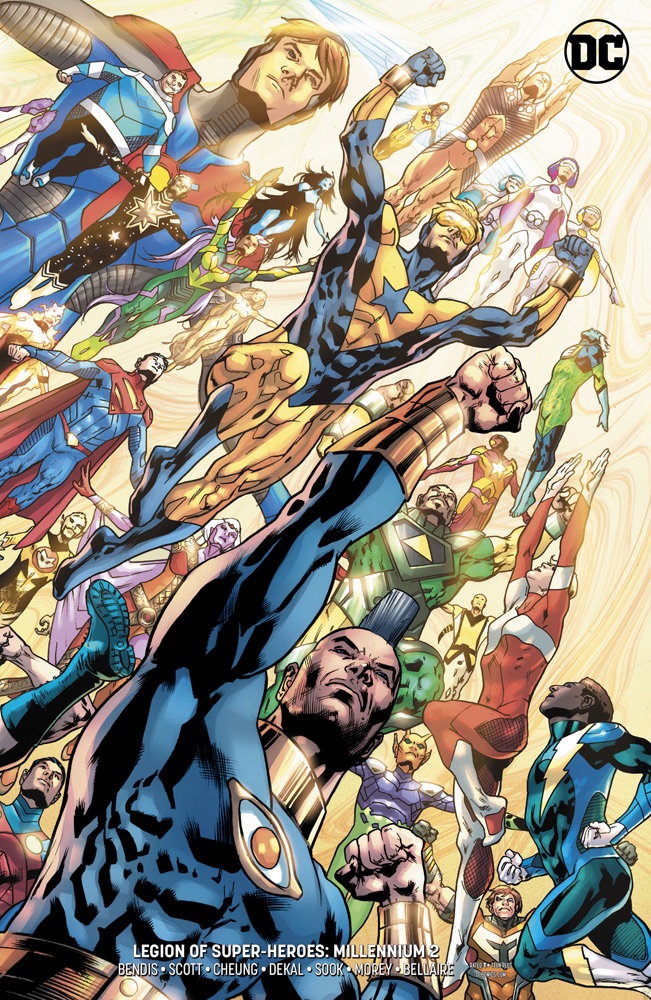 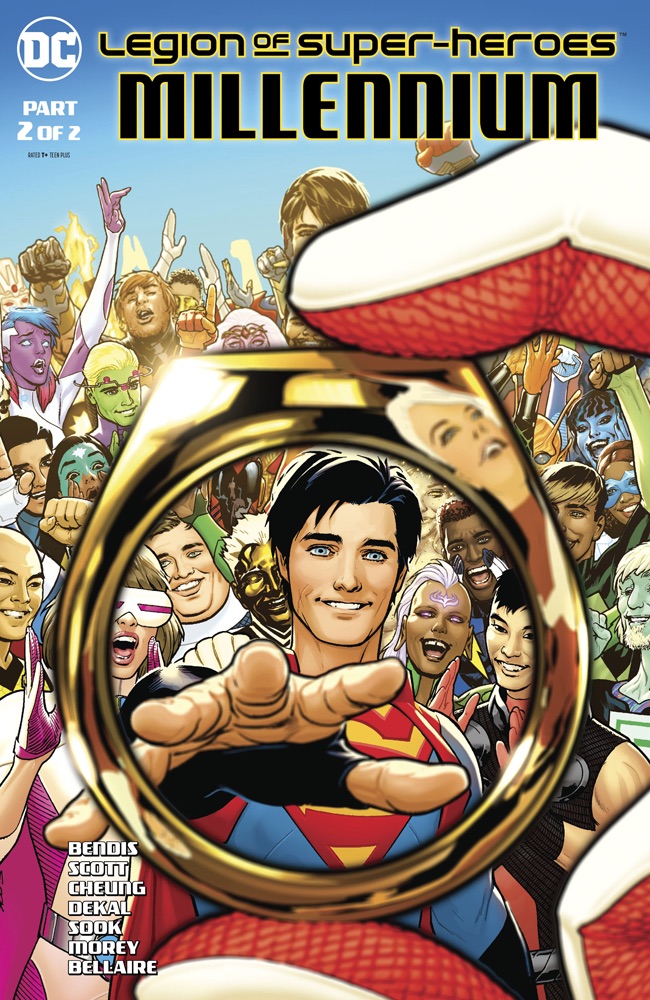 Legion of Super-Heroes: Millennium #2 [of 2]

Reviewed by: James Lantz
Click to enlarge
Rose and Thorn have gone through a lot in the years they've lived in the DC Universe, encountering such beings as OMAC in order to find their place in it. Now, or rather a thousand years or so from now, they seek the aid of the newly-formed Legion of Super-Heroes, who now has Jonathon Kent, son of Superman among its ranks. What Rose and Thorn need from the Legion is something that will be revealed in Legion of Super-Heroes #1.

Story - 3: This one wasn't as bad as the previous one. That's not to say, it's perfect. It isn't. However, it does have potential. I just expect more from Bendis. The last page lead-in to the upcoming Legion series saves the book quite a bit though.

Art - 3: Why the heck were so many artists needed for this series? One, perhaps Ryan Sook, is enough. Having more than one person draw the comic seems overkill, and it disrupts the flow of the story.

Cover Art - 5: This cover seems to tell readers of things to come for the Legion. This makes readers curious about this book and what comics will be released in the future. Plus, it's drawn darn well.

Variant Cover Art - 5: Hitch needs to do more cover and interior art. His visuals are amazing.