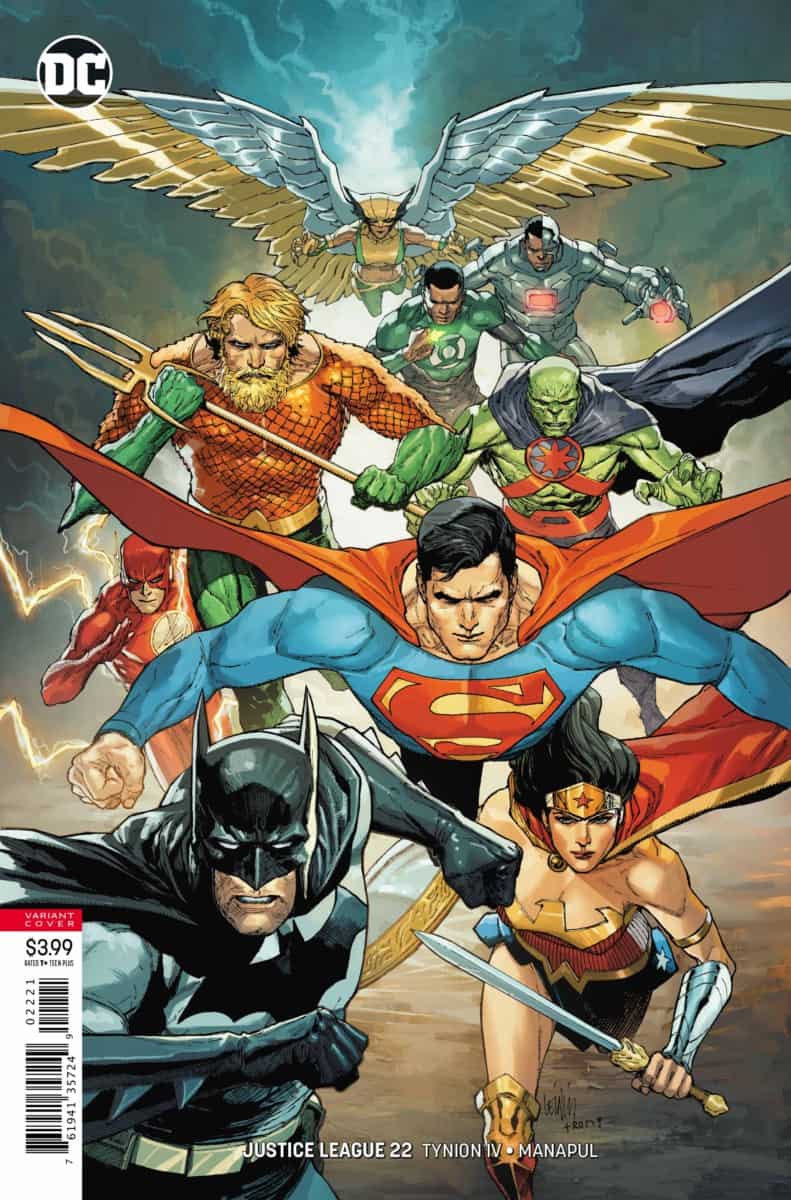 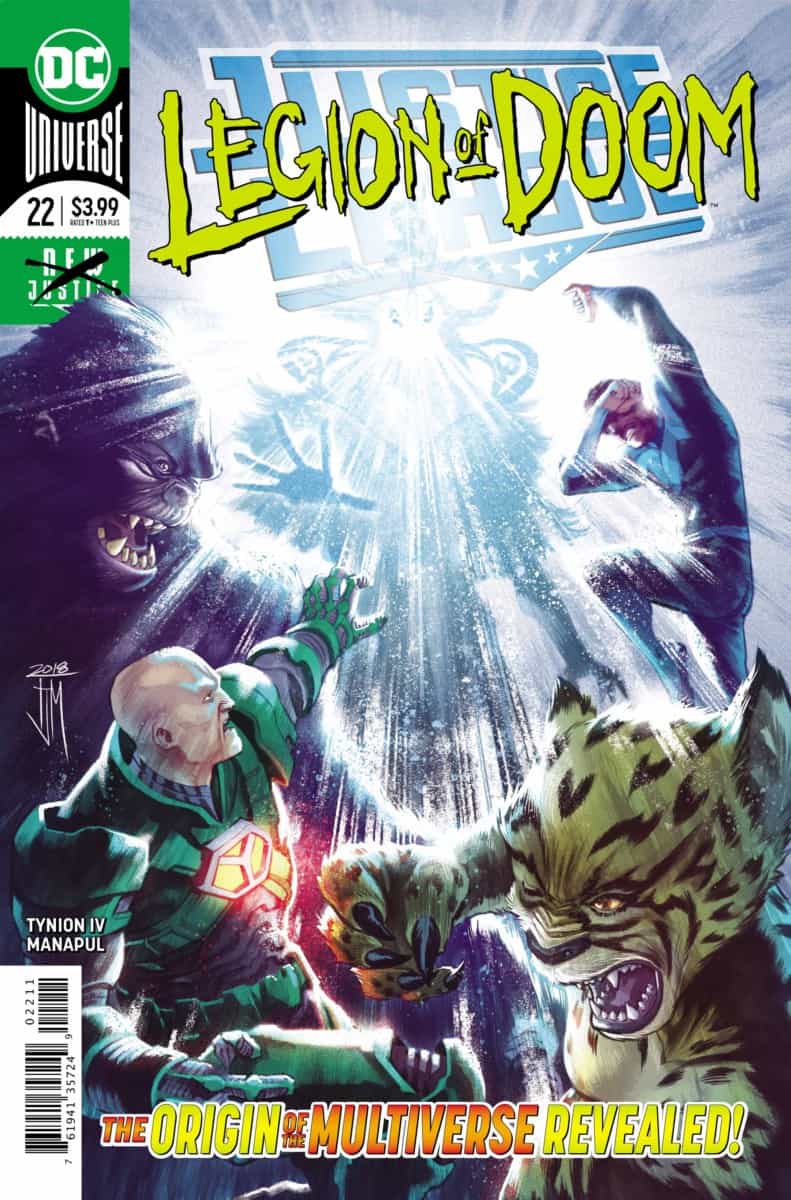 Reviewed by: James Lantz
Click to enlarge
As Superman's group of Leaguers fights on in the Sixth Dimension, Perpetua feels the coming changes to the multiverse. Mister Mxyzptlk is re-writing the Earth as we know it. Starman, Mera and Jarro are face to face with the Legion of Doom. The Legion, however, claims to be saving the world. They fight fire with fire by unleashing Batmite on the rampaging Fifth Dimension Imp. Meanwhile Perpetua is awakening, aware of what is going on around her. She sees the multiverse as broken, but will she need to destroy it to repair it? Her next actions will literally determine the fate of all that exists.

The Monitor, Ant-Monitor and the World Forger were born twenty-billion years ago in the Sixth Dimension when Perpetua nearly finished creating the multiverse to please the source of their power. Her three sons must look after dark matter, positive matter and anti-matter. They witness the creation of Earth fifteen-billion years later in the center of the prime universe. Earthlings are merged with Martian DNA, creating a race of beings to aid her in a rebellion. Sons turn against mother as a giant bird of prey imprisons Perpetua in the Source Wall. Now, she has escaped, and Legion of Doom makes her proud that they carry out her plans for the multiverse.

Story - 5: The origin of Perpetua, Batmite versus Mxyzptlk begins, a harbinger of things to come. This one has it all. Read it, and I guarantee you'll want more as I do every two weeks.

Art - 5: Manapul would be perfect for the next big DC Crisis type of event. His style works perfectly with cosmic beings like Perpetua and Sons. I'd love to see him draw Thor or Silver Surfer for Marvel as well.

Cover Art - 5: The art and image work perfectly to make this one of the best main covers for the "Legion of Doom" interludes.

Variant Cover Art - 5: I'm a big fan of Yu's style. It works for this cover, making it one of the most dynamic variants out there.