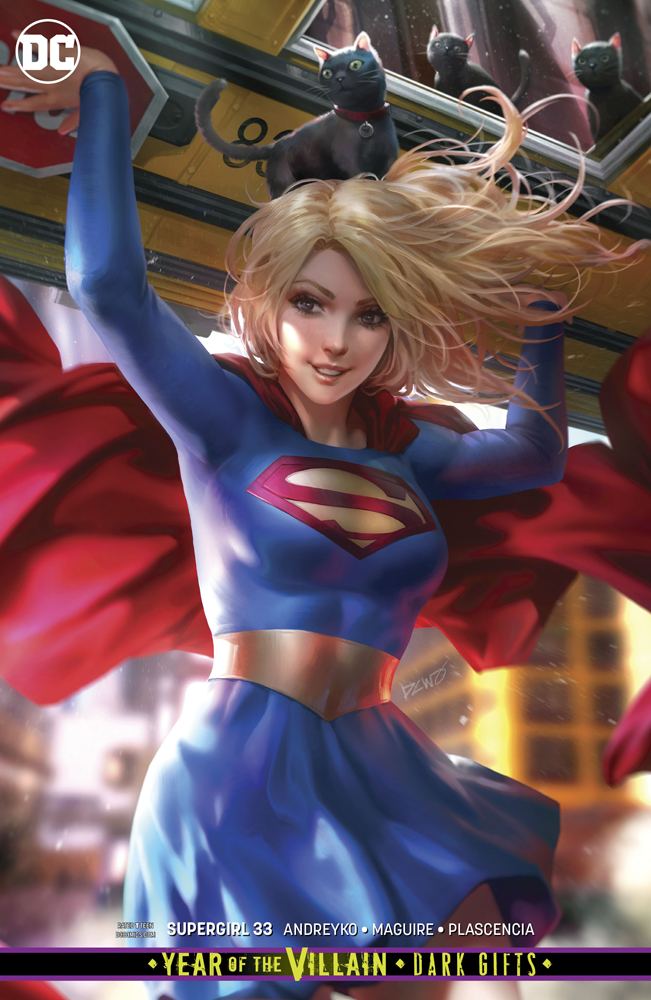 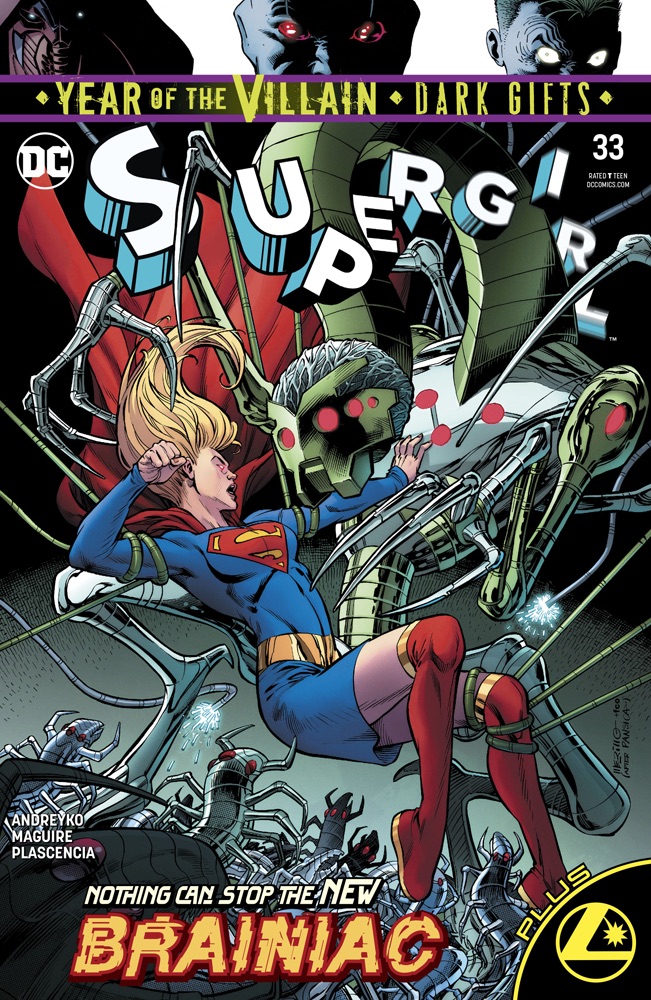 "The House of El: United" - Finale

Reviewed by: Adam Dechanel
Click to enlarge
(Note: Read Superman #14 for a different perspective of events)

Awaiting a verdict from the Black Guard, Kara looks down on Zaar's axe which is now a brittle charred shell. Kara struggles with the death and destruction in caused while Kal, Zoe and Jon bicker amongst themselves.

Kara thinks back to the final moments of the battle in the graveyard of Krypton and how it was her blow from the axe that ultimately ended the fight. Zaar offered his life as an ultimatum but the Black Guard took all the fighters into custody before Kara could fully think through her decision.

In the present, the Khunds arrive to take revenge on Zaar and Jon-El but a chance comment from Jon leads to a temporary truce. As the teen suggests an intergalactic United Nations, time freezes and a portal opens to reveal Saturn Girl leading the Legion of Superheroes to aa meeting that would change their lives forever.

Later, Kara has a video chat with Z'ndr and he reveals he is now Emperor of The Trillium Collective in his stepmothers place. Though the transmission transmission is weak, the two star crossed lovers share a tender moment before Kal summons his cousin.

To set up the United Planets will take lengthy negotiations. The Legions arrival may point to success but it will be a long time before the politics are ironed out and so the Man of Steel seeing how strong a hero she has become opts to stay in space and leave Earth under Kara's protection.

Kara has adapted Jor-El's teleportation device into her own suit and along with Krypto arrives back on Earth.

Until such a time that Superman returns, Kara will continue the never ending battle.

Story - 5: Wow, I know it is only temporary but the haters of the Supergirl show must be horrified right now.

The writing is far clearer than in Superman #14 but I urge you to read both so you get a fuller idea of the goings on. The character dialogue is leaps and bounds better here.

It was good to see Kara free herself from her anger.

It is also really interesting that The Unity Saga didn't really work for Superman at all but Jon and Kara had massive character growth.

Joining the Legion will hopefully gift Jon with better storylines but now we have Supergirl as the only El family member on Earth.

After an eight month lead in we finally have a blank slate for Supergirl and we will discover what happened after the fall of the DEO.

Art - 5: With the story showing a different perspective to the recent issue of Superman. The art here gets a better chance to show the moments #14 sped through. There are bigger, more vibrant, clearer panels and spreads. The arrival of the Legion showcasing Saturn Girl handled the race switch much better, here it wasn't done for shock value.

Some really breathtaking work from Maguire and the team I urge you to read the book through twice to really appreciate how it supports the story.

Cover Art - 5: With the new cover instead of the Year of The Villain spoiler we now have a much more relevant and it shows Kara's full might. The fact her rage is so strong that the Kryptonite hasn't affected her shows just how strong emotionally she is.

Variant Cover Art - 5: These anime styled covers are a real joy. Supergirl rescuing a truckload of kittens is enough to warm even the coldest of hearts. I love the technique and look forward to more from this artist.