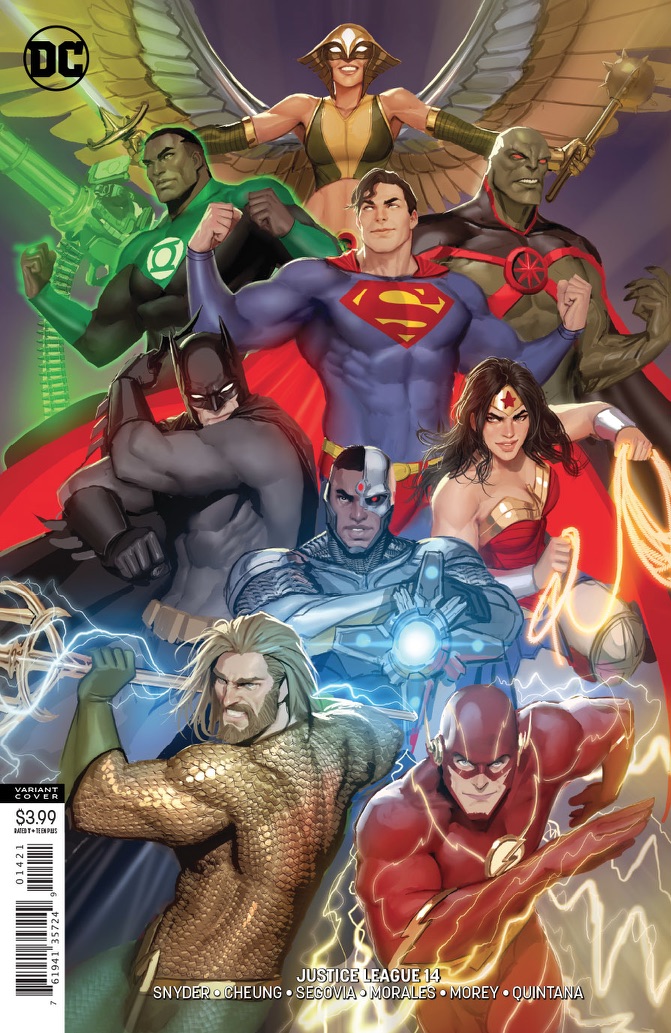 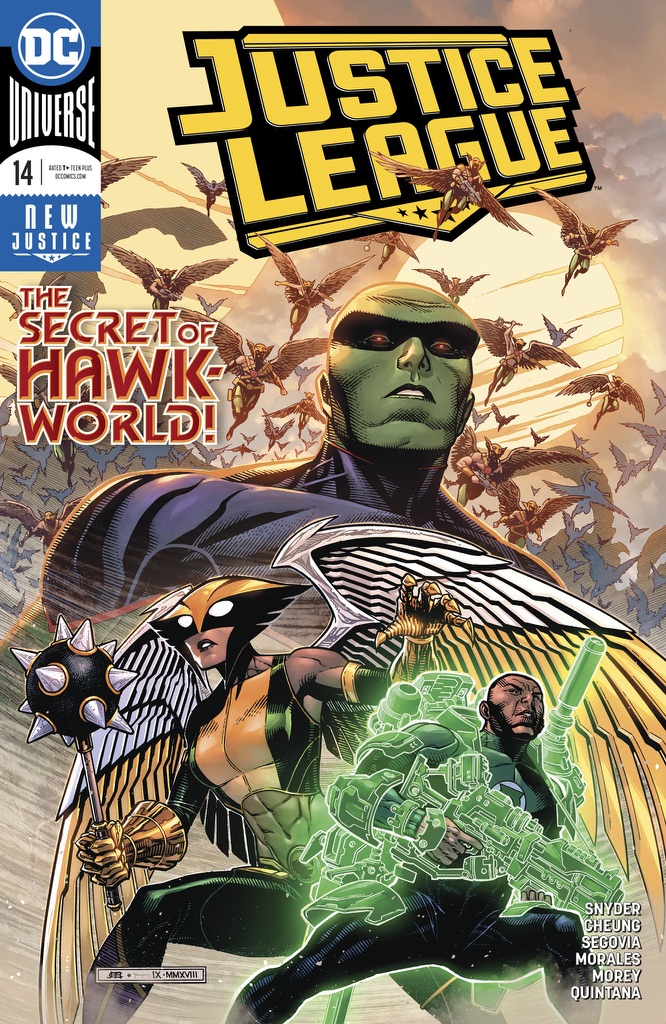 "Escape From Hawkworld" - Part One

Reviewed by: James Lantz
Click to enlarge
As Superman stops Batman from pushing Jarro and the comatose Starman to the brink of death, John Stewart, Hawkgirl and Martian Manhunter are on Thanagar Prime seeking answers to questions raised in previous issues. However, it's clear that something is being kept from the intergalactic leaguers when they are told there is nothing to be found. Empress Shayara Hol, who should also be an incarnation of Kendra, knows more than she lets on. Plus, it is believed that the Martian Keep, an elder of J'onn J'onzz's home world who sought refuge on Thanagar Prime, has passed away. It's clear to John, J'onn and Kendra that there is more here than meets the eye. If they learn too much they and the rest of the multiverse could be doomed forever.

It has been discovered that the Martian Keep is actually alive and locked in Thanagar Prime's central vaults. Yet, before Hawkgirl, Green Lantern and Martian Manhunter can do anything about this, they are attacked by guards and Katar Hol, the Savage Hawkman. Meanwhile Starman is on the verge of exploding in front of Wonder Woman, Batman and Superman. What lies in the vaults of Thanagar Prime?

Story - 5: I'd love to see this entire run collected as it was published with an extra of the stories' events in chronological order. There's nothing wrong with the way the comics are. I'm just a sucker for chronologies.

I get the feeling this Justice League book is intended to be a fifty or so issue epic meant to be binge read the way some folks watch Netflix. Again, there's nothing wrong with that. I've been known to binge read quite a few runs of comics over the years.

We start a new story arc that doesn't give our heroes much of a breather after "Drowned Earth". We also get to see what's going on with John Stewart, Hawkgirl and J'onn J'onzz. J'onn's emotions throughout this issue cut the reader like a knife. Character moments such as this have been this comic's strength for quite some time. However, Scott Snyder and James Tynion IV balance those perfectly with excellent stories and fast paced action. Get these guys to write the movie sequel, please.

Art - 4: Jim Cheung's Superman doesn't look quite right. Something feels off about the way he drew Kal this time around. The rest of the art was worthy of the best Justice League epics.

Cover Art - 5: I admit I look for covers that make me curious about the stories they contain. This one made me want to hurry up and read what's inside.

Variant Cover Art - 5: This cover is beautifully done. I usually prefer regular edition covers, but this one beats that by a mile.