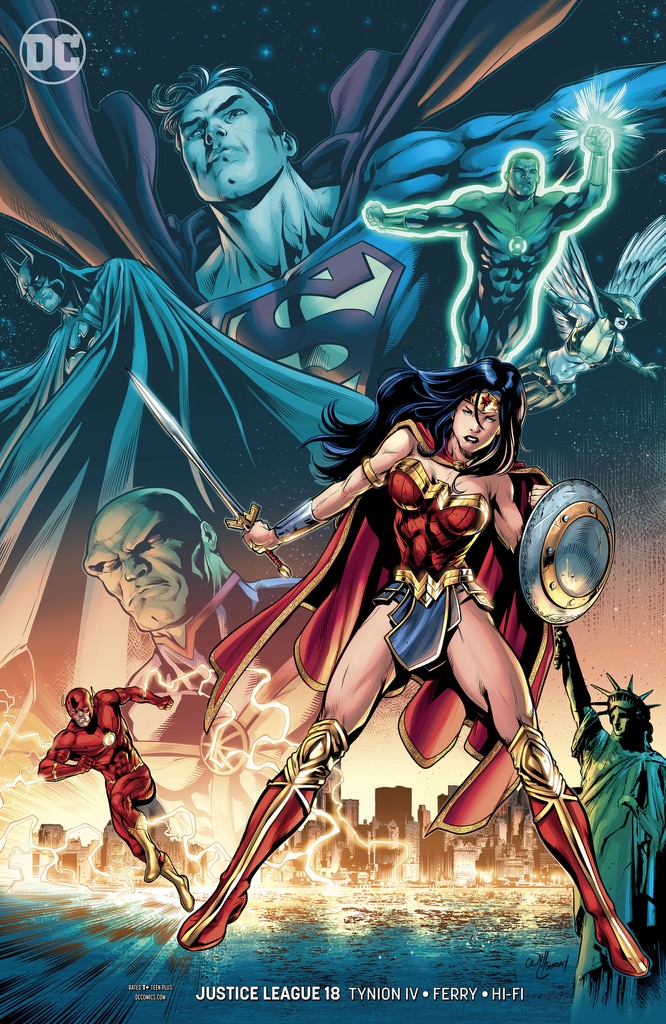 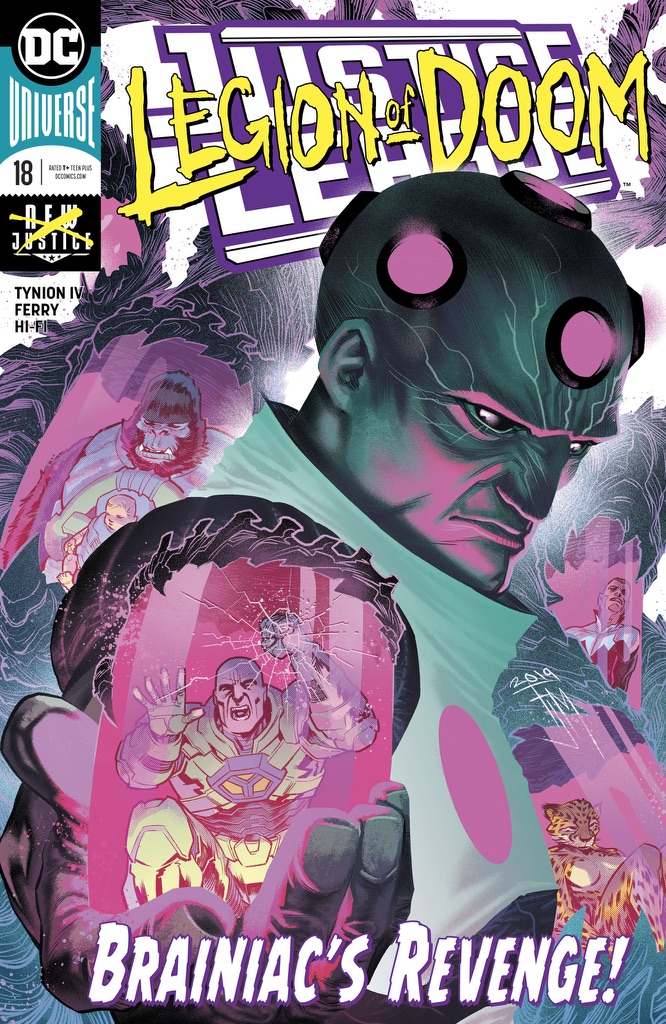 Reviewed by: James Lantz
Click to enlarge
Lex Luthor's mind is in sync with that of Brainiac. By showing the Coluan the history of the door knob, Vandal Savage and his father Lionel, Lex shows Brainiac that it will take more than logic to see the Totality's power and awaken Perpetua. Faith is needed for things to move forward. Brainiac turns off his emotion inhibitors to do this, leading to the next phase of the Legion of Doom's plan.

Story - 4: This chapter of James Tynion IV's "Legion of Doom" pays tribute to the great Brainiac/Luthor team-ups of the past while becoming its own story to be placed alongside those in the history of DC Comics, Superman and the Justice League. I'm a sucker for Brainiac stories, especially those where he and Lex join forces. They, like Batman and Superman, are two different sides of the same coin. Tynion examines that very well in this issue. Sure, the "Legion of Doom" chapters are interludes to Scott Snyder's main saga, but like the serials penned by Snyder in this book, they go beyond being mere interludes. We get a look at the characters and events through various pairs of eyes. That makes Justice League one of the finest comics DC is producing lately.

Art - 4: Something looks a bit off in Pasqual Ferry's art compared to his previous comics. I'm guessing it has something to do with this title's deadlines. Come on, DC make this a monthly so the artists have more time to put their best feet forward. I'm a fan of Ferry's work, and he did do a good job. It's just not what I've come to expect from him.

Cover Art - 5: Something about Francis Manapul's art just captures Brainiac perfectly on this cover, but Brainiac is my favorite Superman villain, so I may be showing some partiality here.

Variant Cover Art - 5: Get Conrad to do interior art on this title. His style would work perfectly with Snyder and Tynion IV's stories.