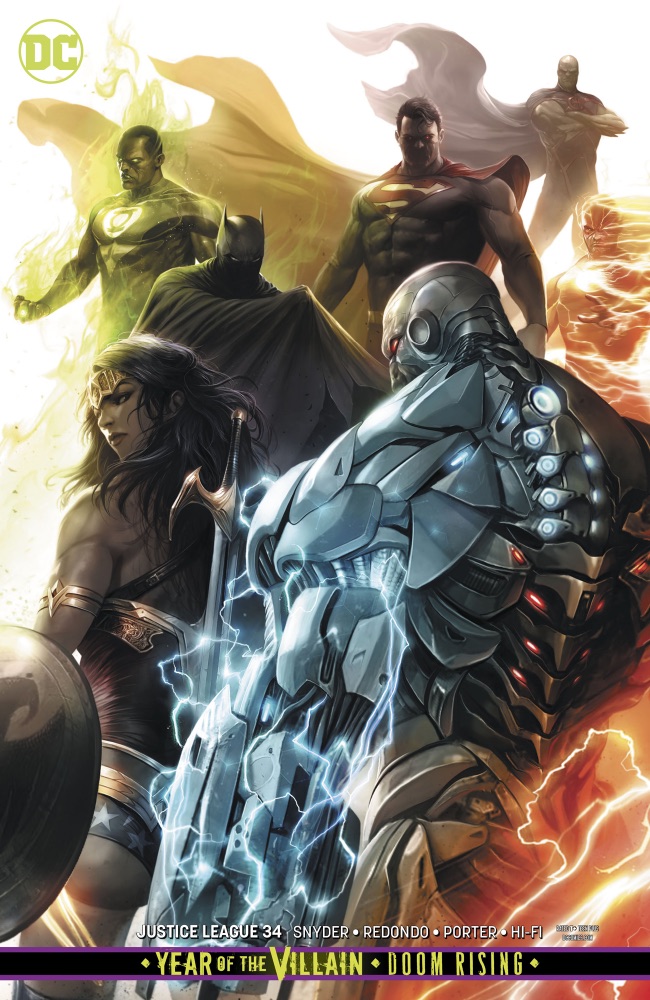 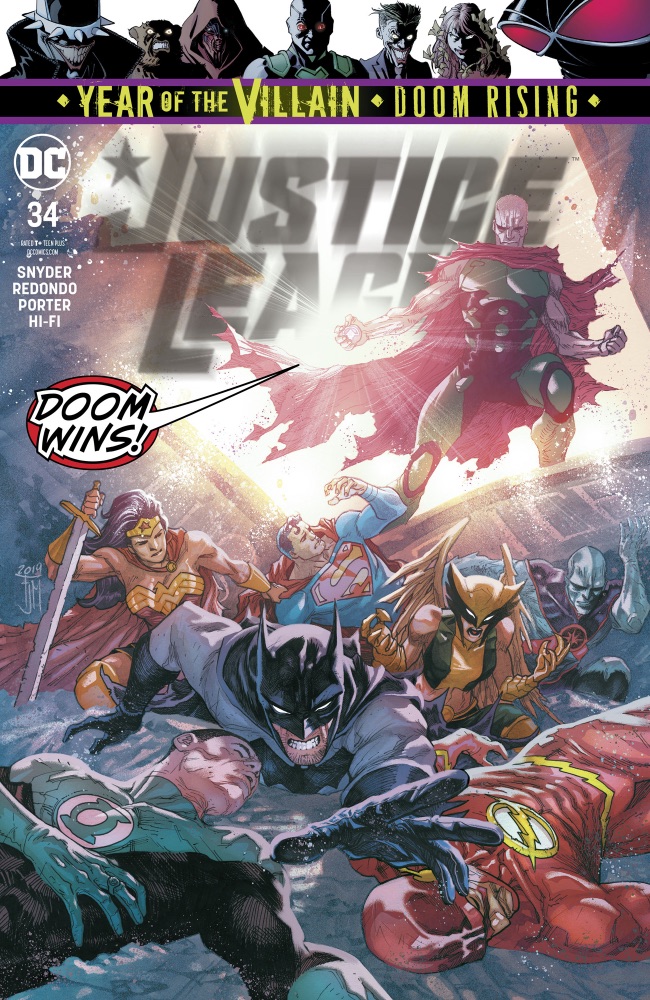 Reviewed by: James Lantz
Click to enlarge
The Ultra-Monitor and Perpetua clash, and John Stewart has convinced Vandal Savage that his original plan for the Totality won't work. Now, the fate of the multiverse depends on Starmen from the past, present and future to work together in conjunction with Hawkgirl to get the Totality power they need to stop Perpetua. There is just one problem. Kendra is consumed with revenge. She insists on attacking Apex Lex first. If she can't get to the proper point in which the Starmen need her. All that exists is doomed.

With Hawkgirl being taken by Luthor, the Starmen and Justice Leagues seem to be unable to tip the scales in their favor. All seven pieces of the Totality are in the hands of the Legion of Doom. Perpetua has risen to full power once again with the Anti-Monitor now on her side and Will Payton/Starman crushed by her hand.

Story - 5: Read this title. My synopsis for each issue can't do them justice. Yes, I made an intentional pun. Binge read this series from start to finish. It makes the movies released by DC and Marvel look like cheap B movies along the lines of Roger Corman and Coleman Francis. This issue is especially packed with everything there is to love about the Justice League. Every page is an edge of your seat thrill ride worthy of the best roller coasters. I cannot recommend Snyder's work on this book enough.

Art - 5: Another great sense of JLA nostalgia with Porter. He hasn't lost his touch. It's good to see him back with the Justice League.

Cover Art - 4: Coloring is off in places, and the image suffers from slight overcrowding in spite of having been drawn well.

Variant Cover Art - 1: I hate giving anything such a bad rating, but this variant is a mess.