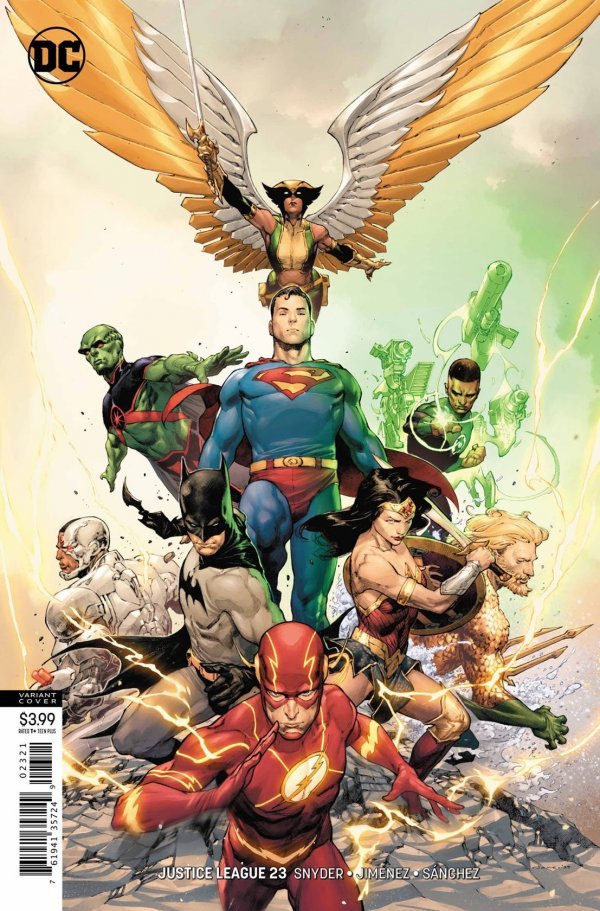 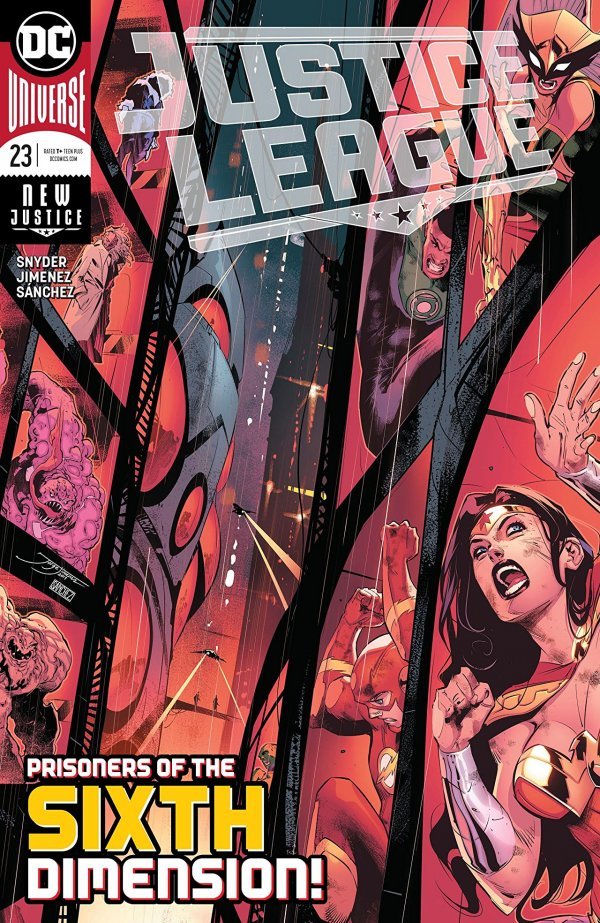 Reviewed by: James Lantz
Click to enlarge
A clash of impish titans occurs as gigantic Bat-Mite and Mister Mxyzptlk battle each other on Earth. Using memories of teaching his son, Superman musters every amount of courage and power he has to escape his prison without light. Batman discusses options for his, and possibly the Justice League's, next move to stop Perpetua and the Legion of Doom. Meanwhile, Lois Lane and Jimmy Olsen have placed Wonder Woman, Hawkgirl, John Stewart, The Flash and Martian Manhunter in a prison on Future Apokolips. With the Justice League divided, and their efforts possibly impeded, there may be no way to save the multiverse.

Strange alliances are formed as Shayne, future son of Martian Manhunter and Hawkgirl, helps the Justice League and all prisoners he believes did not receive true justice try to leave Apokolips. Many of those incarcerated were placed there by the League's counterparts, making the escapees want to seek vengeance. Our heroes receive the most unlikely assistance from the Legion of Doom in a ship piloted by Darkseid. Batman, in the meantime, makes a decision to move yellow suns away from Superman, depriving him of the one point of light he needs to return home. Have the super beings involved, both good and evil, made the right decision? If not, how will the multiverse fare during what could be another crisis that will shatter all within it?

Story - 5: As much as I loved the previous issue, it did interrupt the flow of this current story arc a bit too much for my liking. Now, we seem to be back on track with this chapter. Scott Snyder and Jorge Jimenez nailed it all with this one. The characters, the story's pacing, the conclusion... We have a comic book that leaves the reader on the edge of their seats. I was also reminded of many of the all-time great comics of the past, particularly Stan Lee's Amazing Spider-Man run. Superman and the rest of the Justice League are working against the odds to do the right thing and fighting to beat them without giving up. This is one of the many reasons I love comics.

Art - 5: Out of all the issues Jorge Jimenez has drawn for this series, this one is clearly a tribute to the King of Comics, Jack Kirby. In addition to great images on every page, Jimenez has created the perfect thank you note to Kirby. Let's face it, without The Fourth World Saga, much of the DC Universe as we know it wouldn't be the same.

Cover Art - 4: It's slightly too much of a spoiler, and too many things and characters are crammed into one image for my taste. Still, this cover is well drawn and will make anyone who sees it curious about the book's contents.

Variant Cover Art - 4: I was torn on what rating to give this cover. On one hand, it isn't the best variant ever drawn. On the other, it isn't the worst. It's above average, and doesn't quite merit a three. Still, part of me expected more.