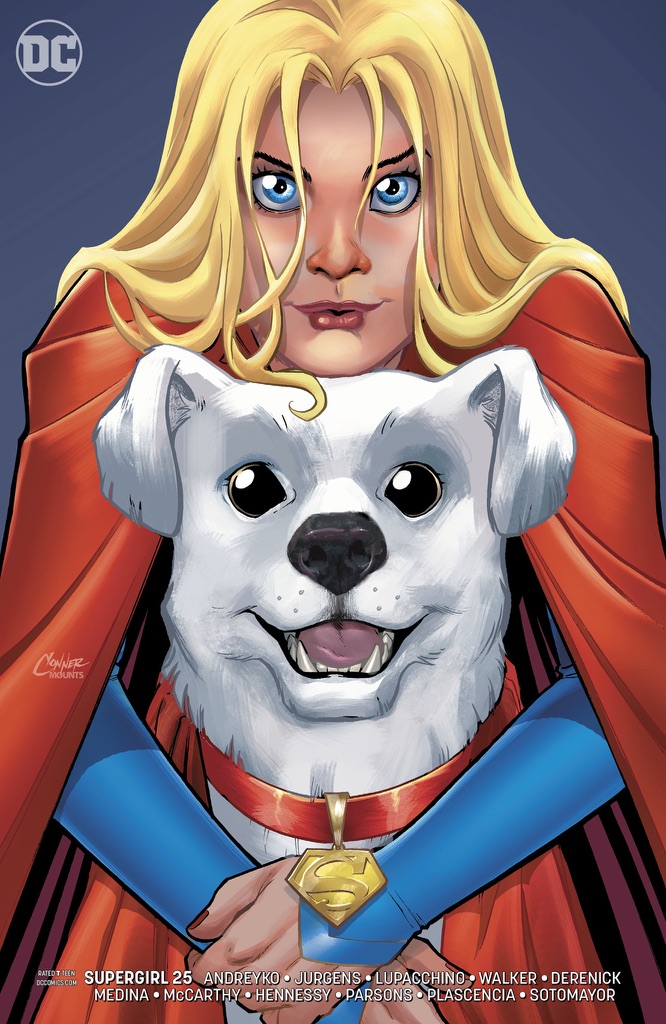 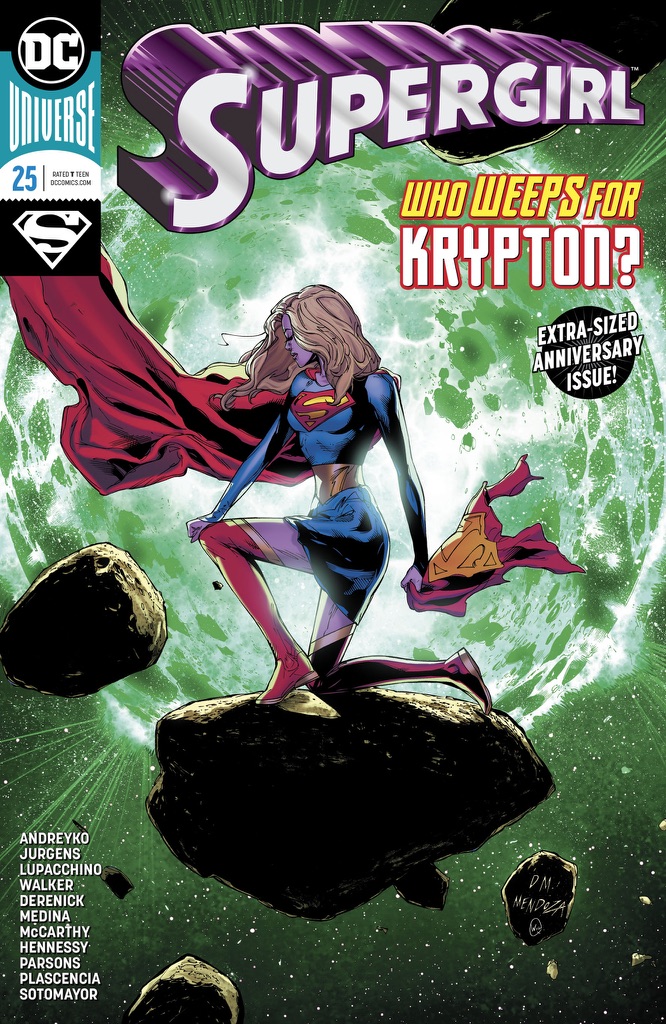 "Picking Over the Bones"

Reviewed by: Glen J. Clark
Click to enlarge
Kara's quest has taken her to where Krypton used to be, remnants of the planet are still floating around the area, putting both Kara and Krypto in lethal danger. Kara instructs Z'ndr to assist her in putting on a space suit shielding her from the lethal radiation. After securing Krypto in a suit as well Kara explores outside the ship were she is attacked by the caretaker of Krypton, a being known as Splyce. As the two battle, Kara's shielding from the radiation begins to wear off and she hallucinates about being back on Krypton as a little girl. During these hallucinations she learns that possibly her father had something to do with the destruction of her home world. The fighting continues when a bright light appears and both combatants disappear leaving Z'ndr and Krypto wondering where they went.

Story - 3: It seems we always come back to the pacing of the story. While I am enjoying the story quite a bit, I feel that the story is moving at a snail's pace. Four issues in and I feel that nothing has really happened. If this is being written for the traditional 7 issue trade paperback, I feel like a lot needs to transpire between now and the next couple of issues. The fact the her father might have helped the destruction in someway is an intriguing concept that I am interested in seeing how it unravels. Because it was a "milestone" issue, #25, it was extra sized and extra priced. Instead of giving us more of the main event, they filled the book with a couple of side stories. The first one written by Marc Andreyko was very much a throw away story featuring Z'ndr in a role that reminded me a lot of a certain character that's a Guardian in another Galaxy. Not much to say here, but the following story written by Dan Jurgens with art by Tom Derenick was the highlight of this issue. A nice, little feel good Christmas tail of a Kryptonian relic accidently given away to the local orphanage and Kara trying to retrieve it. A Christmas classic for sure.

Art - 5: Three different artists, three different stories, one absolutely stunning book. My only complaint is the design of the villain Splyce. The design reminded me of a bad 90s Image reject. But even the bad design did not deter me from enjoying every page in this issue.

Cover Art - 5: This just very well be my favorite cover so far. Kara kneeling on a meteoroid looking a bit somber as the planet Krypton shines in the distance. Holding a cape, Rogol Zaar's? Krypto's? I hope this is not a cover foreshadowing a certain fate for Krypto, as we know Kara only has Zaar's axe, and not the "scarf" that Zaar sports around his neck. Maybe it's nothing, maybe it is, but what I do know is this is cover is stunning.